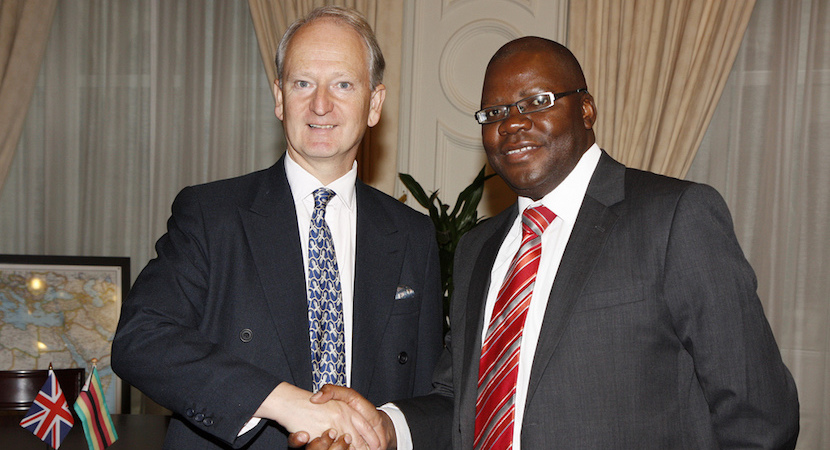 (Bloomberg) – Zimbabwean opposition politician Tendai Biti, thwarted in a bid to seek asylum in Zambia, was charged with public violence in a court in his home country and released on bail.

Biti, a former finance minister who had claimed Zimbabwe’s July 30 election was rigged, appeared Thursday in a lower court in the capital, Harare. It capped a dramatic 24 hours in which he’d tried to enter neighbouring Zambia, was detained and eventually returned to Zimbabwean authorities.

Prosecutors told the court Biti was charged with public violence after a riot in Harare on Aug. 2 caused $345,000 in damages. He also faces a charge of contravening Zimbabwe’s Electoral Act by announcing allegedly illegal or fabricated election results.

The judge released Biti, 51, on $5,000 bail and ordered that he surrender his travel documents and report to police twice a day. The state didn’t oppose bail and no date for his trial was set.

Biti is among opposition leaders who questioned the outcome of last week’s presidential elections, in which the ruling Zimbabwe African National Union-Patriotic Front won a constitutional majority and its leader, Emmerson Mnangagwa, was elected president.

Mnangagwa, who is scheduled to be inaugurated on Sunday, said in a statement on Twitter that Biti was released following his intervention.

“At such a crucial time in the history of the new Zimbabwe, nothing is more important than unity, peace and dialogue,” Mnangagwa said. “Equally important, however, is an adherence to the rule of law. I repeat – no one is above the law.”