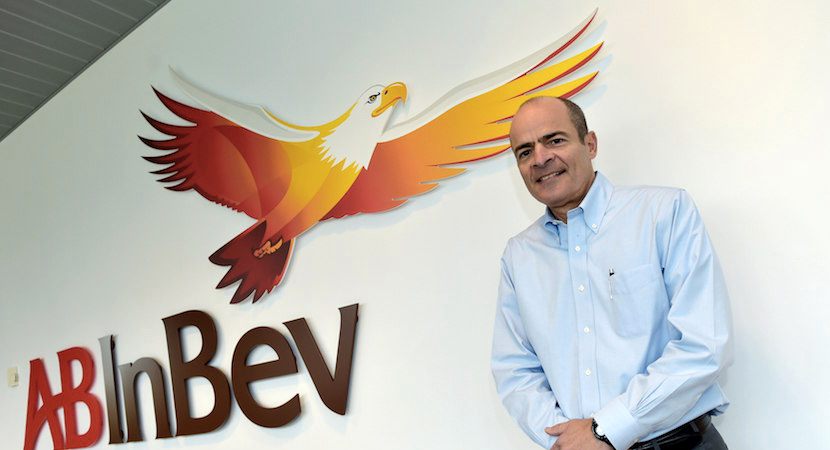 (Bloomberg) – Anheuser-Busch InBev NV plunged after the world’s largest brewer cut its dividend in half as it seeks to pay down a $109 billion debt mountain swelled by the acquisition of rival SABMiller Plc in 2016.

The stock dropped as much as 11 percent amid a global selloff, marking the steepest decline since 2008 and destroying 16 billion euros ($18 billion) of market value. The Budweiser maker pointed to the plunge in emerging-market currencies, which is crimping profits after sales growth in the third quarter slowed to the weakest pace in more than a year.

The most generous dividend-payer in the food-and-beverage industry has been battered by foreign-exchange moves, including the Argentine peso losing half its value this year. The cut comes as other payments are in doubt, including that of General Electric Co. Debt-laden consumer-goods companies are struggling to reduce leverage amid competition from small upstarts, even as the U.S. Federal Reserve’s interest-rate increases raise borrowing costs.

About 58 percent of the brewer’s debt is in dollars, while the company’s largest markets include Brazil, Colombia and South Africa. This is the biggest drop in the stock since November 2008, when AB InBev launched a rights offer to pay down debt linked to the merger of Anheuser-Busch and Belgium’s InBev.

The company is choosing to be prudent, Chief Financial Officer Felipe Dutra said in a phone interview.

“If the world proves we were too conservative, we can always accelerate the pace at which dividends are expected to grow,” he said. The CFO added there is “no correlation” between the US Federal Reserve increasing rates and the dividend cut as 93 percent of the company’s debt is fixed and maturities are widely spread out over several years.

“We see the volatility out there and want to be proactive,” Dutra said. The collective pressures in countries such as South Africa, Argentina and Brazil has made for a tougher environment, according to the CFO.

AB InBev said the new dividend policy will make it easier to reach its goal of keeping debt near two times earnings before interest, taxes, depreciation and amortisation. The brewer may be trying to strengthen its finances in case acquisition opportunities arise, wrote Nico von Stackelberg, an analyst at Liberum.

“ABI needs a strong balance sheet to have the debt market’s confidence to do big deals,” he wrote, saying it could allow the brewer to bid for assets from the Castel family if they come on the market. Bordeaux-based Castel Group owns beer assets in addition to businesses in wine and soft drinks.

The brewer will use the entire $4 billion it saves to pay down debt, Dutra told journalists on a call. AB InBev has $1.5 billion of borrowings maturing this year, $3 billion next year and $6 billion in 2020, he said.

The US market, where the company has struggled to reinvigorate its staple Budweiser and Bud Light brands, showed a rebound, with revenue returning to growth in the third quarter. In Brazil, beer volumes dropped about 3 percent, worse than the overall market, Dutra said.

Rivals are faring better. Wednesday, Carlsberg A/S raised its earnings forecast for this year to an increase of as much as 11 percent. The same day, Heineken NV reported volume growth in the third quarter that beat estimates despite its key region of Asia Pacific slowing to its weakest pace in three years.