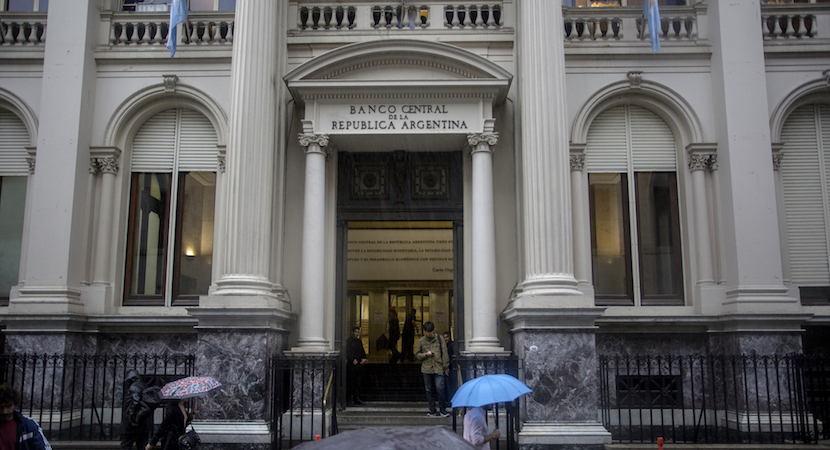 EDINBURGH — Emerging market currencies have come under pressure. This is partly because of each country’s own specific challenges. But, dark clouds loom on the horizon as the US looks set to go ahead with quantitative tightening. Interest rates are expected to rise in the US. Europe could follow suit in the near future. Marcus Ashworth of Bloomberg cautions that the emerging markets sell-off looks contagious. As he puts it: the world’s safety net looks like it is being wound up. – Jackie Cameron.

(Bloomberg Opinion) – The difficulties for emerging markets have entered a new phase.

What were once clearly country-specific crises, well contained within their borders, are bleeding across the world.

To stem the slide in its currency Argentina raised its key rate to a whopping 60 percent on Thursday, but the peso was still 30 percent weaker from Monday. Though Turkey is no closer to solving its many problems, it’s hard to see why the lira needed to fall 4 percent on Thursday. Explanations that this is due to the resignation of one of the central bank’s four deputy governors don’t convince — he’s only gone to take another government job.

Similarly, there doesn’t seem to be any particular reason why South Africa’s rand or the Brazilian real needed to weaken about 3 percent. 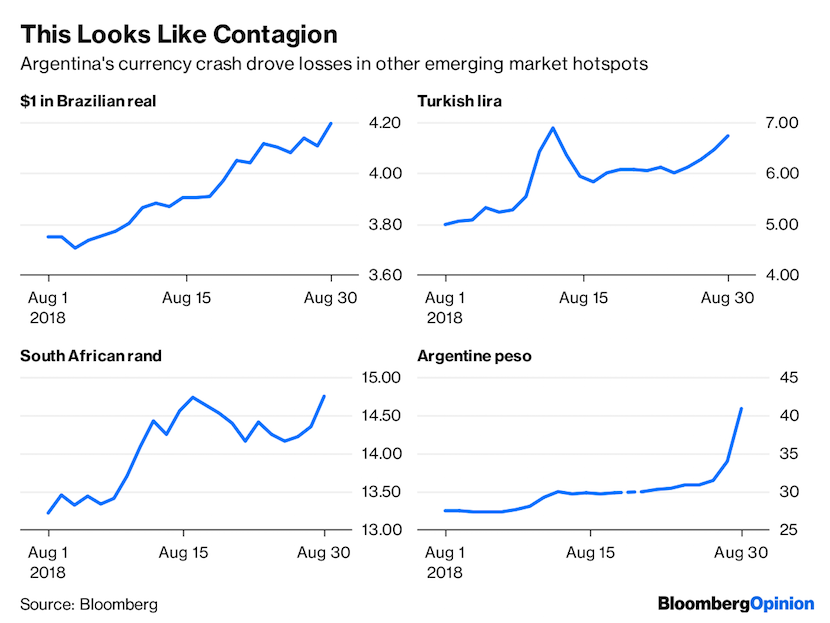 This looks like contagion. One emerging country’s problems have become other emerging countries’ problems, and it’s hard to see how to break the cycle. 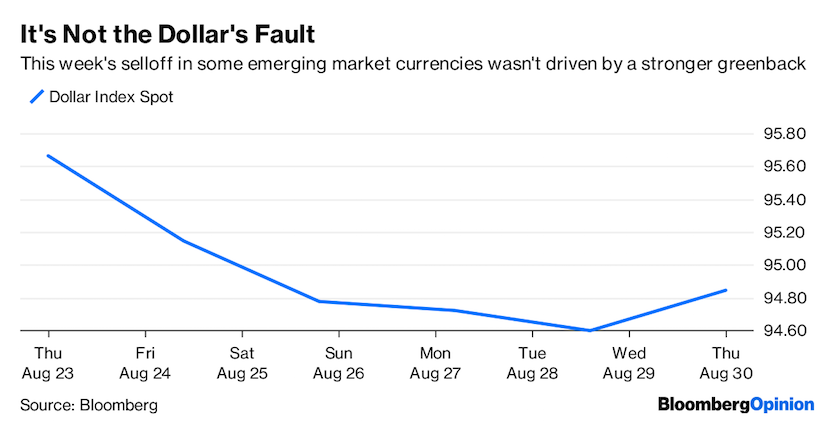 What’s really worrying is that this week’s gyrations don’t look to have been driven by dollar strength — on a trade-weighted basis, the greenback is lower on the week. Were a rising US currency to be responsible, perhaps Federal Reserve Chairman Jerome Powell could be prevailed upon to slow the pace of interest-rate increases.

But an upward revision to second-quarter US gross domestic product growth, to 4.2 percent, suggests the American economy has been pretty much immune to mounting difficulties in other corners of the globe. It’s hard to see why Powell would be open to shifting monetary policy gears.

Given that President Donald Trump has pushed for sanctions against Turkey and Russia, and tweeted against South Africa, it’s nearly impossible to see how anyone in the White House would be minded to help. 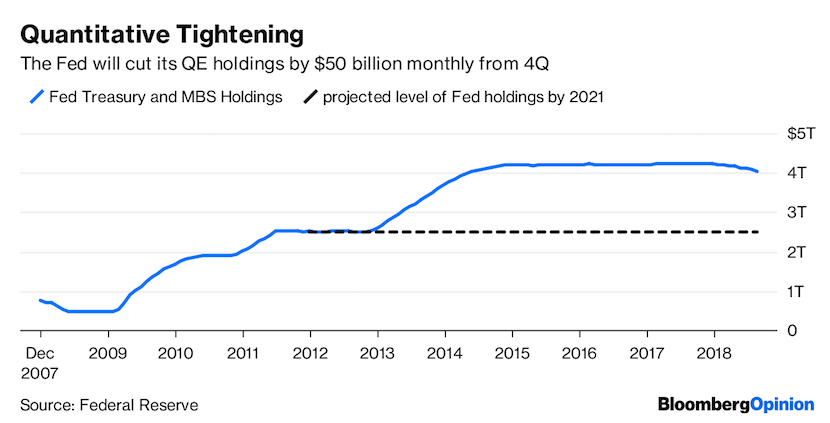 The heart of the problem for emerging countries is that the world’s financial safety net is being wound up. Investor expectations that the Federal Reserve will raise rates four more times over the next year are hardening. Alongside this, policy makers are solidly on track to engage in quantitative tightening. Liquidity is clearly coming out of the system.

Though both the European Central Bank and Bank of Japan are still adding liquidity to the system, the pace at which they’re doing this is winding down. The ECB is going to stop this year — which puts President Mario Draghi in a difficult position.

Italy’s new populist government is running hot and cold on whether it will present a budget that can reasonably be described as fiscally responsible. Investors are refusing to give officials the benefit of the doubt, and the pickup in government bond yields reflects their concerns.

But Italian 2-year yields jumped 16 basis points on Thursday, even though earlier in the day the Treasury attracted the highest amount of demand for a new issue of 5-year debt since 2012. That surge in borrowing costs looks a lot like contagion from emerging markets.

The ECB aren’t likely to rush to Italy’s aid. Officials set monetary policy for the whole bloc, and are committed to their June pledge to wind up bond purchases by December. Europe’s biggest debtor will, increasingly, have to fend for itself.

And the bigger emerging nations can forget about calling on the International Monetary Fund to step in and reverse the rot. Its planned $50 billion bailout for Argentina has proved utterly insufficient to stem the slide in the peso, though one shudders to think how weak it would have gotten without IMF support.

It’s August, liquidity is thin, and in a risk-off market sharp moves are to be expected. But the trouble this time is that it’s hard to see trading returning to normal once everyone is back from their summer holidays. Each of these countries has serious problems, with no obvious solution — or saviour.