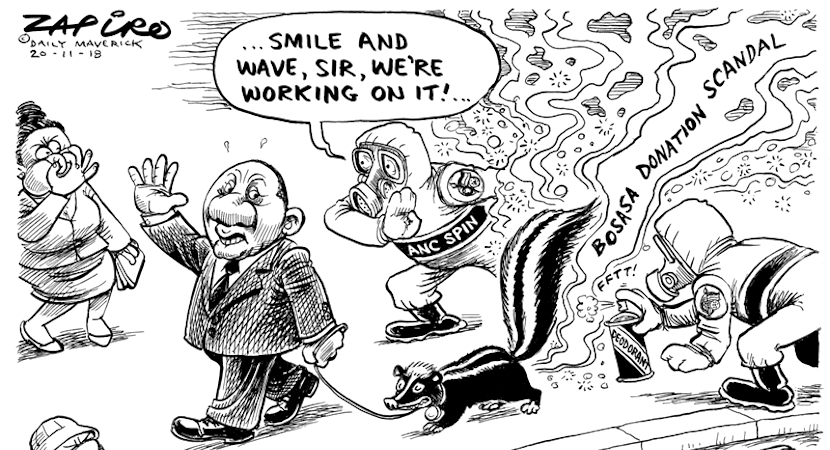 POPCRU calls for the DCS to cut ties with Bosasa

The Police and Prisons Civil Rights Union (POPCRU) has noted with concern the revelations made at the State Capture Inquiry by former Bosasa boss, Mr Angelo Agrizzi regarding the manner in which they continuously bribed governmental department heads in securing tenders.

For us, this comes as no surprise, and confirms our long-held suspicions over the highly controversial relationship Bosasa has over the years had with the Department of Correctional Services (DCS). There are still many unanswered questions over the awarding of tenders to Bosasa in providing nutritional services to the DCS, inclusive of its subsidiaries Phezulu and Sondolo IT for erecting fences and installing dysfunctional surveillance equipment in prisons across the country, all of which amounted to billions of rands.

As POPCRU, we call for the cancellation of all business dealings between the DCS and Bosasa, including its subsidiaries as they have not added any value in ensuring the DCS lives up to its core mandate which is to rehabilitate inmates, but have rather continued to corrupt individual decision makers in the department at the compromise of service delivery.

Our prisons should and can be self-sustainable in ensuring inmates do not remain idle, are skilled and we reduce the 85% reoffending rate that is caused by overcrowding and understaffing.

As we await the Hawks investigation into Bosasa dealings with the DCS, we urge the National Prosecuting Authority to act swiftly against all those involved in this looting.