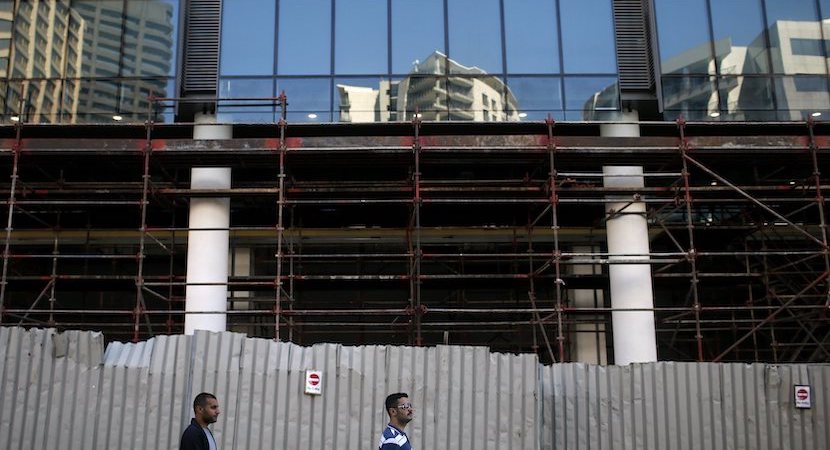 “Our strategy remains firmly focused on improving and optimising the performance of our two core businesses. McConnell Dowell has shown improvement in the consistency of project execution and is well positioned to secure additional work in the near term. While there have been some challenges at the Group’s mining business in the first half of the year, we are confident that the Group-led turnaround intervention at Moolmans is starting to deliver results with remedial actions underway and a strong focus on optimising and extending current contracts to restore planned operational and financial performance. Further, management is focused on completing the disposal of the majority of non-core assets by June 2019 to realise acceptable value for shareholders and strengthen the Group’s balance sheet.” – Eric Diack, Aveng Executive Chairman

In February 2018, following the completion of a strategic review, Aveng embarked on a focused strategy to become an international infrastructure and resources group operating in selected markets and capitalising on its considerable knowledge and experience.

A strategic action plan to create a robust and sustainable organisation is being implemented and involves ensuring a sustainable long-term capital structure, improving the performance of the identified core assets and creating liquidity by disposing of non-core assets.

The longer-term goal is to provide acceptable returns for the providers of capital and a sustainable future for employees, customers, suppliers and other stakeholders.

McConnell Dowell and Moolmans were identified as core businesses.

Improved project execution ensured that McConnell Dowell was profitable for the third consecutive reporting period and the business remains on track to achieve its full financial potential and growth strategy. Following a review of its markets and a more selective approach to opportunities that is aligned to its areas of specialisation and track record of successful execution, McConnell Dowell has improved the quantity and quality of its order book, securing new work in all selected markets. The business is well positioned, with early client involvement (ECI) status opportunities, to capitalise on growth in its selected markets in Australia, New Zealand and Southeast Asia. McConnell Dowell continues to make progress towards the resolution of outstanding historic claims.

Moolmans continued to experience operational difficulties on certain projects which significantly impacted the mining business’s financial performance. A Group-led intervention announced at the start of the 2019 financial year identified the root causes of these difficulties and resulted in senior management changes and the implementation of a turnaround plan. Following extensive engagement with the operational teams, management is confident that they demonstrate the quality and commitment needed to deliver improved performance on underperforming contracts. Further, engagements with clients on contract extensions are underway and Moolmans is expected to capitalise on several opportunities to rebuild its order book.

Disposal of non-core businesses and other assets is a key component of the strategic action plan. To date, Aveng has announced disposals totalling R682m:

The process to dispose of the balance of the Group’s non-core assets, including Grinaker-LTA, Trident Steel and the remaining manufacturing businesses, is at various stages, from expressions of interest to due diligence.

Aveng remains committed to selling the non-core businesses as going concerns and, as such, continues to drive improved performance within these businesses to enable a sustainable future for employees, customers and suppliers and to allow Aveng to realise acceptable value for the businesses. June 2019 remains the target for the completion of most of the disposals.

Having raised new equity, Aveng went on to redeem its convertible bond, restructure its bank funding, secure additional facilities and settle the first two debt repayments totalling R100m. Management continues to focus on progressive improvement in the quality of the Group’s balance sheet to achieve a sustainable long-term capital structure. The Group’s gross debt to equity ratio improved from 127% at June 2018 to 70% at December 2018.

Regrettably, one fatality was recorded in the first half of the year. A fatal incident occurred at Grinaker-LTA’s N1 Ventersburg road project in the Free State on 23 November 2018. The deceased, Mr Daniel Mathule, a labour hire worker for a V-drain and kerb subcontractor, succumbed to injuries incurred when he was struck by a public motorcycle while crossing the N1 highway. Aveng extends its sincere condolences and sympathy to the family and colleagues of the deceased. Efforts to address road safety risks include increasing safety controls on road crossing and enhancing employee vigilance during work activities within a road closure or near to public vehicles.

The total recordable injury frequency rate (TRIFR) for the reporting period was 0.77. This indicator is in line with industry standards and includes fatalities, lost time injuries, restricted workday cases and medical treatment cases. The TRIFR demonstrates a positive downward trend consistent with the improvement over the past three years.

The Group remains committed to its safety vision of “Home Without Harm, Everyone, Everyday”.

Aveng reported a headline loss of R770m (2017: R335m loss) and a net loss of R920m (2017: R346m loss). Basic loss per share was 7.2 cents, compared to a 64.2 cents loss per share (restated) in the comparative period and the headline loss per share decreased to 6.1 cents from a 62.2 cents loss per share (restated) at December 2017. This was due to the significant increase in the weighted average number of shares in the period as a result of the shares issued in the rights issue in July 2018 as well as the shares issued in relation to the redemption of the convertible bond in September 2018.

Revenue decreased by 17% to R13.4bn (2017: R16.1bn), primarily due to lower order books in the construction segments at the start of the financial year.

Net operating earnings decreased from a profit of R94m in December 2017 to a loss of R484m, due to:

These were partially offset by:

An impairment charge of R163m was recognised against aged plant and equipment at Moolmans.

Operating free cash flow for the period amounted to an outflow of R710m while cash and bank balances (net of bank overdrafts) increased to R2.3bn (June 2018: R2.1bn) resulting in a net debt position of R35m, compared to R1.2bn net debt at 30 June 2018.

The order book for the Group’s core assets amounted to R15.6bn at 31 December 2018, increasing by 20% since 30 June 2018. This was largely as a result of a 50% increase in McConnell Dowell’s two-year order book to AUD1.14bn (June 2018: AUD0.76bn). The business is well-positioned to secure additional work in the near term as more than AUD1 billion worth of tenders have ECI status.

The Moolmans order book decreased by 24% or R1.3bn, due largely to completion and termination of projects during the previous year. Although current market conditions remain competitive, Moolmans is pursuing several near orders which the Group expects to announce during the second half of the year. These will have a positive impact on Moolmans’ two-year order book.

A positive outlook for McConnell Dowell is supported by growing markets that will sustain robust demand for new infrastructure. The economies of Australia and New Zealand are expected to be strong and stable in 2019 and 2020 as a result of several large-scale infrastructure projects that are underway and strong demand in the road and rail transport infrastructure sectors along the east coast of Australia, driven largely by higher levels of public spending by the Australian Government.

Against this background, McConnell Dowell is expected to grow and diversify its order book in selected markets. The ECI status ensures that McConnell Dowell is well positioned to secure additional work in the near term. The business continues to focus on improving the consistency of its project execution.

Moolmans’ immediate focus is on fully implementing the remedial actions of the Group-led turnaround intervention. The mining business is also focused on optimising and extending contracts in its current portfolio to restore planned operational and financial performance. Moolmans continues to pursue selected new opportunities in improving market conditions.

Grinaker-LTA has a limited order book and prospects for the acquisition of new work in subdued operating conditions remain challenging. Businesses within the operating group continue to be right-sized to achieve the financial objectives of potential new shareholders.

Based on a low GDP growth outlook for 2019, the manufacturing businesses are not forecast to grow significantly in the second half of the financial year.

Trident Steel continues to focus on sales optimisation and efficiency improvements to strengthen profitability. The business expects to benefit from sound prospects in the automotive market.

Management is focused on completing the disposal of the majority of the non-core assets by June 2019 and equipping the core businesses to execute the Group’s longer-term strategy.