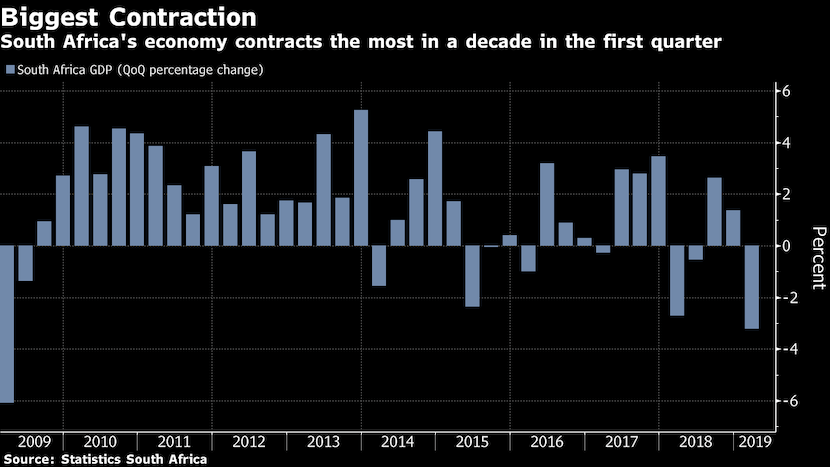 (Bloomberg) – South Africa’s economy contracted the most in a decade in the first quarter after the mining, manufacturing and agricultural industries slumped.

The annualised decline in gross domestic product was 3.2% in the first quarter from a 1.4% expansion in the prior three months, Statistics South Africa said Tuesday. The median estimate of 16 economists surveyed by Bloomberg was for a contraction of 1.6%. The rand dropped.

The economy hasn’t grown by more than 2% a year since 2013 and is battling to gain momentum despite political changes in late 2017 and early 2018, as businesses and foreign investors seek real reforms. The government and central bank see the economy expanding by 1.5% and 1% respectively in this year.