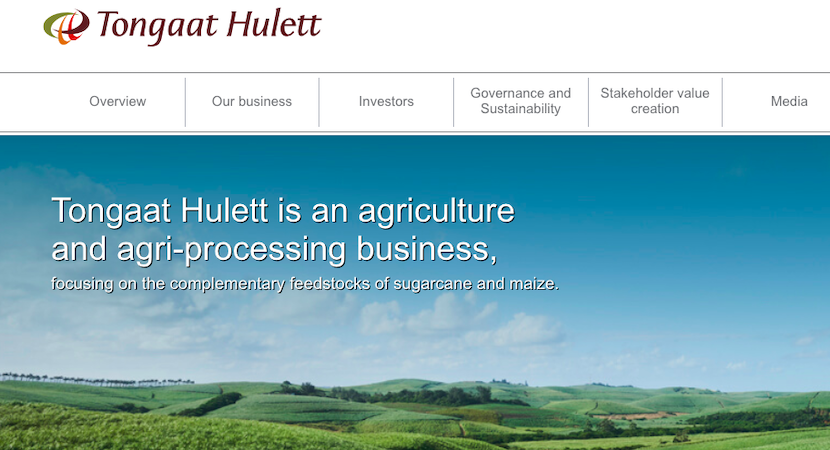 (Bloomberg) – Tongaat Hulett Ltd. is asking 10 lenders for a break from payments on as much as R11bn ($793m) of debt so it can recover from the impact of having to restate accounts, according to Chief Executive Officer Gavin Hudson.

The embattled South African sugar maker is spending about R1bn a year servicing the borrowings and is looking to negotiate a freeze by the end of July, Hudson said in an interview at Tongaat’s 19th century Durban headquarters, an old farmhouse surrounded by sugar-cane fields. The company is in the process of selling assets and cutting costs to strengthen the balance sheet, he said.

“Tongaat is not a quick fix, but we are considering all options,” said Hudson, a former SABMiller executive who took the top job in February. “We could potentially generate about R800m-R1bn on disposals, depending on a few things, including getting the right buyers,” he said.

Hudson’s task is to rescue a company that asked for its shares to be suspended in June after finding that financial results for the year through March 2018 can’t be relied on. Tongaat has said South African police are investigating an unnamed former executive for his role in the scandal, which involved booking profit on certain transactions before they were finalised, two people with knowledge of the matter said last month.

The sugar maker’s troubles bear some resemblance to the financial crisis that has engulfed South African retailer Steinhoff International Holdings NV, albeit on a smaller scale. The owner of Pep stores throughout Africa and a stake in Mattress Firm of the US is stuck in critical talks with lenders some 19 months after the scandal broke, and says a group of employees led by ex-CEO Markus Jooste inflated profits and asset values.

Tongaat has hired auditors at PwC to investigate the finances and expects them to complete the probe by September, Hudson said. “We are taking appropriate action as the investigation goes along,” he added.

Tongaat’s Hudson and his team meet daily in a “war room” to discuss the restructuring of core businesses including sugar, starch and property-development units, he said. “We have been implementing cost cuts, from reducing head count to the sheets of paper being used in the printers,” the CEO said. Tongaat isn’t yet planning a rights offering, though that option is always on the table, he said.

The overall headcount will be reduced by about 2%, or as many as 600 people, mainly by removing layers of management and closing offices in South Africa, Hudson said. Businesses identified for disposal include packing plants in Botswana and Namibia and game farms in Mozambique and Zimbabwe, he said.