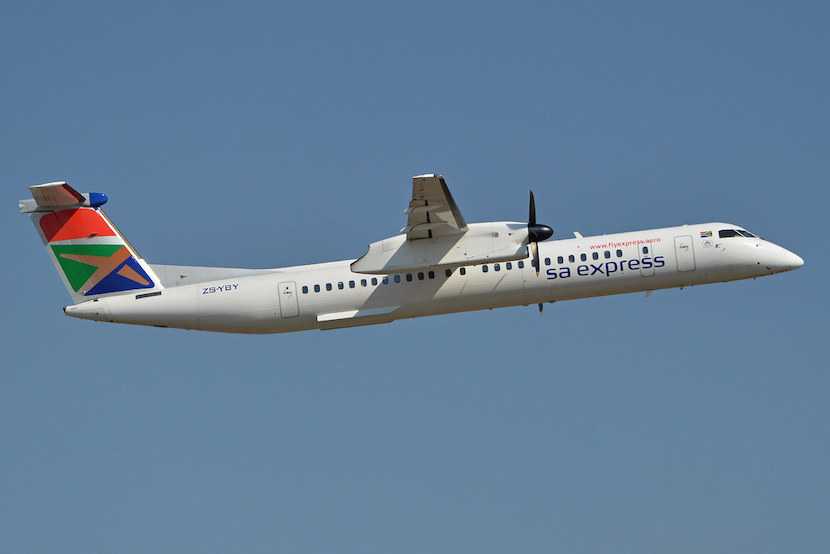 Every passenger on every SA Express (SAX) flight is obscenely subsidised with money diverted from poverty relief and tax payers by approximately R3,850 (R7,700 return).

Assuming 50 passengers per flight on average, this is the equivalent to two RDP houses for every one-way SAX flight and four houses for a return flight. The state-owned airline has been generating losses funded by the poor since 2011 and, in contravention of the Public Finance Management Act (PFMA), has failed to produce Audited Financial Statements (AFS) since 2016.

It gets worse: poverty generating SAX may be using illegal predatory pricing to undermine private airlines. Minister Pravin Gordhan and the Department of Public Enterprises (DOE) should end this public disgrace by terminating financial support for failed nationalised airlines at the expense of the poor.

The audacity of South African Airways (SAA) bailouts has monopolised media and political attention. Meanwhile, SAX flies under the radar avoiding public outcry and its bankruptcy while gobbling tax revenues and relying on bankers seduced into ignoring commercial reality. SAA grabs the headlines by the sheer size of the money wasted on the poor, who do not fly, subsidising the rich, who do fly. But, proportionately, SAX is much worse than SAA.

FMF Executive director Leon Louw said, “Every person who flies SAX must look down as they fly over conspicuously poor settlements and reconcile their conscience with the implications of their ticket. Every time you are at an airport and see a SAX plane take off, think about the subsidy that you are paying to enable rich people to fly while tax-payers are fleeced and the poor are denied services, housing and welfare. It is immoral and obnoxious.”

According to a 2018 Report of the Standing Committee on Appropriations on the Adjustment Appropriations Bill, SAX said it would make a loss in 2018/9 of R669m however industry insiders believe this is closer to R1bn.

In a December 2018 interview with the Citizen, SAX CEO, Siza Mzimela, admitted that SAX would compete directly with private competitors by offering prices 35% to 55% lower than its rivals on targeted routes. Such predatory pricing is possible only by fleecing taxpayers and the poor. Such shameless temerity is an attack on private, tax paying, employment generating airlines. It runs contrary to government rhetoric about supporting private enterprise, creating jobs and generating revenue.

Mzimela also made the implausible promise that, in April 2019, SAX would make a profit. South Africans patiently await proof.

SAX failed to issue 2017, 2018 and 2019 financial statements, apparently because of its inability to obtain an unqualified audit. This may date back to 2010, when SAX recorded a spurious profit by some dubious revaluation and re-classification of its asset register. This was exacerbated by a pay-out of about R11.5m in executive bonuses, of which R3.2m went to Siza Mzimela herself, bringing her total 2010 remuneration to R5.2m (R8.5m inflation adjusted).

This could be verified in the 2010 AFS, but they were dubiously deleted from the SAX website. Fortunately, the FMF had the foresight to download a copy.

Apparently SAX instigated a forensic audit to investigate the accounting irregularities and possible fraud allegations told to the Zondo Commission into state capture. The investigation must go back to 2010 if it is to have any validity.

In the public interest, the FMF submitted a PAIA (Promotion of Access to Information Act) request on 31 May 2019, demanding relevant information, financial statements for 2017 and 2018, and management accounts to March 2019. The FMF will also be submitting a SAA PAIA request. Since SAX ignored its legal obligation to respond, the FMF is taking legal action on behalf of all South Africans.