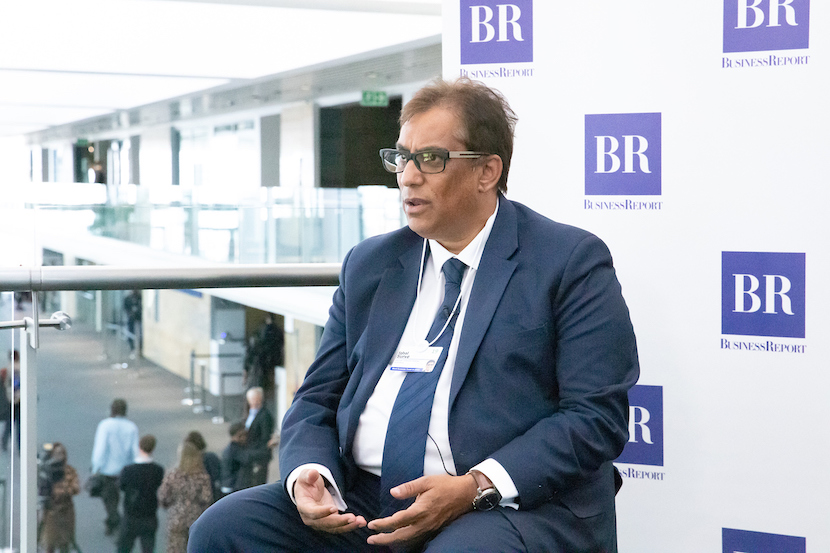 I am deeply saddened by the events of this morning, Wednesday 9 October, during which several members of the Financial Sector Conduct Authority (FSCA), accompanied by several officers of the South African Police Services (SAPS), descended on the offices of Sekunjalo Investment Holdings and African Equity Empowerment Investments (AEEI).

The intruders arrived unannounced and were tasked to confiscate computers and hard drives on the pretext of obtaining evidence of irregular trading of the aforementioned companies as it pertains to AYO Technology Solutions (PTY) Limited (AYO).

AYO has formed the centrepiece of the recent Public Investment Corporation (PIC) Commission of Inquiry into alleged wrongdoing at the state asset manager, which is also a shareholder in AYO. I cannot speak for AYO, as I am not on the board, or part of the management team but, I can speak for Sekunjalo and categorically confirm that there is nothing untoward in our business practices or ethics. I am also of the opinion this is true of AEEI.

Earlier in the year, the Companies and Intellectual Property Commission (CIPC) issued a compliance notice to AYO demanding that AYO return the investment to the PIC. This was declared null and void by a court of law but, served to continue misrepresenting my truth and that of these aforementioned companies via the media.

The FSCA’s raid is a similar tactic designed to focus yet more negative attention on companies that I am associated to.

I firmly believe that what transpired today is a concerted and organised effort to personally discredit me and undermine the organisations in which I have a vested interest, in an effort to ‘control’ me and the reporting that is carried out through Independent Media of which, I am Chairman.

These are classic intimidation tactics carried out by an increasingly desperate cohort of politically entrenched cronies whose pockets are intrinsically linked to wholesale looting, and corruption of state coffers. It is the people of South Africa from whom they are stealing, and it is our duty as a free media to report on all stories that affect the greater good of this country and our long-term economic survival.

For the record, had the FSCA asked, we would have been more than willing to hand over the requested documents.

Of great concern to us, however, is that the information and method of retrieving this data, has potentially put these companies into a tenuous position, as the company computers and hard drives also contain sensitive information pertinent to the day to day business of each company that can potentially benefit rivals, if it falls into the wrong hands.

Further, there is a huge conflict of interest as Chairman of the Financial Services Board, and the care taking FSCA commissioner, is Abel Sithole, who is also the principal officer of the GEPF, whose funds the PIC invests. I do solemnly believe this is also an underhanded attempt to obtain information relating to our legal case against the PIC and the GEPF.

It is also curious how these investigators did not ask who they should approach to retrieve particular computers. They immediately marched directly to the person who would have an intimate understanding of the company’s dealings. This smacks of a pre-determined agenda and detailed knowledge of our office layout.

I also need to ask the question, how is it that a television broadcast news team arrived at our offices if this had not been carefully orchestrated?

There are dark forces at play in South Africa and I want to make it categorically and abundantly clear to all who read this, that I will not be intimidated, Independent Media will not be silenced. We will continue to shed light on the darkness.

2.1. Mr Survé has launched unsubstantiated attacks on our client without any evidence or facts. He also attacked the judiciary.

2.2. The Chief Justice has invited those who make these kinds of allegations against judges to come forward with evidence to prove any impropriety on the part of judicial officers. Mr Survé is invited to produce proof of allegations he has made about the two Judges, including that one refused to grant the FSCA a warrant and that another Judge who granted the warrant, did so because he has a relationship with our client.

2.3. Distraction and deflections have become a reflexive response by those who are under suspicion of one or other kind of misdemeanours.

2.4. Our client has no oversight over the FSCA and could not possibly have directed its operations, including on whom the FSCA must conduct inspections.

2.5. What the South African public knows is that Mr Survé and his business entities have been the subject of the Mpati Commission of Inquiry. The attempt at deflecting attention from this, by making false and defamatory allegations against Min. Gordhan and others, will not assist him and others in being held accountable for possible transgressions of the law.