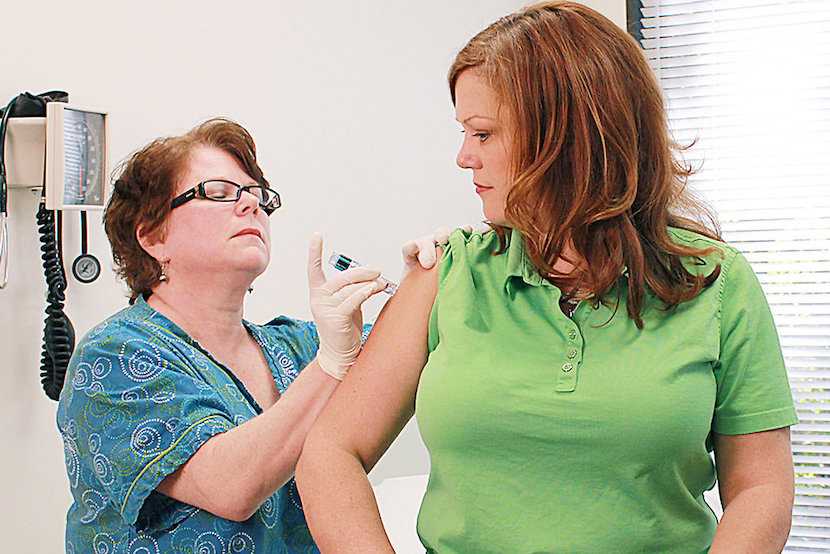 (Bloomberg) – There’s another virus stalking America: it’s called the flu. A second wave of seasonal influenza is taking hold in the US, just as health officials are on high alert for new cases of the novel coronavirus. Many of the symptoms are the same, but when it comes to immediate risk, Americans should fear the flu more.

The Centres for Disease Control and Prevention estimates that more than 19 million Americans have fallen ill with the flu so far this season, including 180,000 who ended up in the hospital. About 10,000 Americans have died, including more than 60 children.

The flu season, however, has taken a backseat to the coronavirus emanating from Wuhan, China. That pathogen has already infected almost 10,000 people in more than two dozen countries, the vast majority in China. In the US, there are only six cases of the coronavirus, dubbed 2019-nCoV, five of whom were diagnosed after returning from China. The sixth contracted it from his wife, an Illinois resident in her sixties who had recently visited family in Wuhan. None have died.

Both viruses start off similarly: cough, fever, and in some cases difficulty breathing. The key difference is that people most at risk for the coronavirus will have either traveled to China or been in close contact with someone who is already infected, said Nancy Messonnier, director of the CDC’s National Centre for Immunisation and Respiratory Diseases.

This flu season in the US began earlier than usual. It started picking up in mid-November with a surge of influenza B, a strain that typically develops later in the cycle and hits children the hardest. More than half of all tests coming back positive for the flu this season have been in children and young adults under age 25, typically a healthier group of people.

Because the elderly are the most likely to fall gravely ill and die from influenza, the rate of hospitalisation and mortality remained well below average even as infection rates climbed.

But an uptick in new flu infections began to appear over the past two weeks. The strain that’s emerging now is an H1N1 type of influenza A, the one that normally kicks off the season. It can take hold in adults and may be more severe, resulting in more deaths.

Every state in the US is reporting widespread infections, according to the weekly Influenza Surveillance Report published on Friday. Influenza-like symptoms were responsible for 5.7% of all visits to the doctor in the week ending January 25, with 44 states reporting the highest activity levels.

“This week, we see that activity is continuing to go up,’’ said Lynnette Brammer, head of the CDC’s domestic surveillance program. “We had seen this influenza B wave, and we are now seeing an increase in H1N1. We don’t know how large it will be.’’ (The CDC recommends getting a flu shot to help avoid contracting seasonal influenza.)

Gregory Poland, director of the Vaccine Research Group at the Mayo Clinic in Rochester, Minnesota, lamented the low vaccination rates among Americans, especially pregnant women and children. This is especially frustrating because the vaccine that’s now being administered is well matched to the flu that’s circulating, he said.

‘Their risk is influenza, and it’s substantial’

“Coronavirus isn’t a risk for the average American [or] for anyone who hasn’t traveled to China or been exposed to someone who has,’’ Poland said. “Their risk is influenza, and it’s substantial.’’

“We get all worked up over exotic sounding viruses, and I’m not saying we shouldn’t,” Poland said. “[But] we ignore the annual toll of 10,000 or 20,000 or 30,000 deaths each year from a virus that we understand pretty well, have treatments for and can vaccinate against.”

The flu outbreak still isn’t as bad as 2017-2018, when the virus hit so hard that some hospitals had to set up triage centres in their parking lots. The influenza A that’s circulating now is the milder form – the one that landed two years ago put 810,000 Americans in the hospital, and resulted in about 61,000 deaths.

“If coronavirus becomes a larger issue in the US, this will be a difficult thing,’’ Poland said. “As clinicians we are bombarded with people right now who have flu-like symptoms.’’