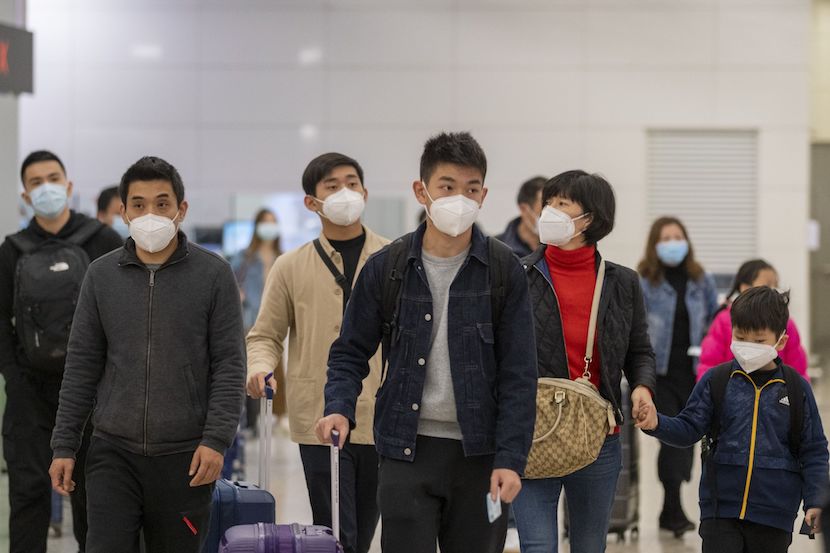 (Bloomberg) – Even without a single confirmed case, sub-Saharan Africa may be the region hardest hit outside of Asia by the spread of the coronavirus.

The outbreak has shut down entire swathes of the Chinese economy, threatening world economic growth and curbing appetite for oil and metals that are the lifeline of many African nations.

A slowdown in the No. 2 economy and a 5% drop in oil prices over one year could mean $4bn in lost export revenue for sub-Saharan Africa, or the equivalent to 0.3% of its gross domestic product – more than any other continent outside of Asia, according to a study by the Overseas Development Institute.

“Many developing countries are increasingly dependent on China for trade, both for imports and exports,” Dirk Willem te Velde, principal research fellow at the institute, said by phone from London. “If you want to raise the quality of your growth that is more job intensive and more resilient to shocks then you have got to diversity, and when you have a shock like this it makes you realise that.”

The International Monetary Fund slashed its economic growth projection for Africa’s top oil exporter, Nigeria, to 2% from 2.5% because of a decline in oil prices. The drop has led to pressure on the naira given crude accounts for 90% of the West African nation’s exports. Weaker demand from China also puts other resource-dependent economies such as Angola, the Democratic Republic of Congo and Zambia at risk.

Crude prices are down about 11% this year. Copper and iron ore prices have declined 8% and 1.5% respectively this year.

“It is a catastrophe that is unfolding,” Bank of Namibia Governor Ipumbu Shiimi told reporters after cutting interest rates on February 19. “We don’t know exactly where and when it is going to peak but I think it is already starting to disrupt economic activities.”

The arid southwest African country sells almost a fifth of its exports, mostly diamonds and copper, to China.

The South African Reserve Bank will take into account the virus impact on the global economy at its next rate-setting meeting, said Chris Loewald, a member of its monetary policy committee.

“It’s quite clear, we have seen the copper price being affected, it’s reduced, so that obviously affects our economy very directly,” Zambian central bank Governor Denny Kalyalya said. “The full extent of that is not calibrated at this point but definitely, it has a negative effect.”

Unlike when the SARS epidemic started in China in 2003, the Chinese economy is now more integrated into the rest of the world, representing 18% of global GDP. In just over a decade, the Asian nation has displaced the US as Africa’s single largest trade partner.

A slump in Chinese consumer spending will hit smaller, niche export markets too.

“This will have an impact on other African countries who are actively trying to export more goods to China,” said Leah Lynch, deputy director at Development Reimagined, a consultancy based in Beijing. Examples of what would be affected by a slowdown in China’s food and beverage sector include Namibian beef, Rwandan coffee, Kenyan avocados and South African citrus, she said.

Still, Africa could bounce back quickly once the outbreak is brought under control, said Razia Khan, chief economist for Africa and Middle East with Standard Chartered Bank.

“As this does not have the normal characteristics of a global demand slowdown, there is little reason to believe that the traditional relationship between African growth and global growth will hold,” Khan said, referring to Africa’s usual sluggish response to a global upturn. “This time, with expectations of a V shaped recovery in China, that long lag may not be in place.”