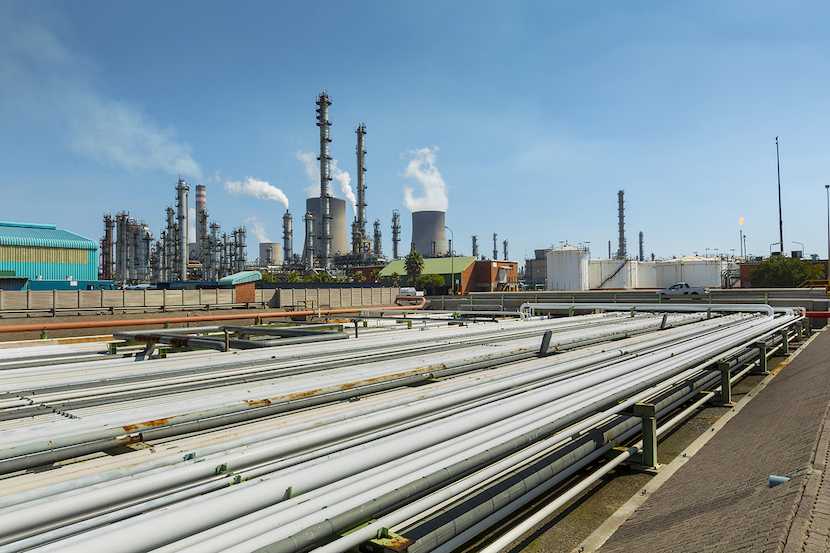 By Paul Burkhardt and Loni Prinsloo

(Bloomberg) – Sasol expects binding bids within weeks for its stake in a natural gas pipeline running from Mozambique to South Africa, as the company accelerates asset sales to pay off debt, according to people familiar with the process.

The bidding round underway for the Rompco 865-kilometer (537-mile) gas pipeline stake concludes in late July, according to two of the people who asked not to be identified because the information isn’t public. Sasol holds a 50% share, with two remaining 25% stakes owned by the South African and Mozambican governments.

The fuel and chemicals producer is trying to raise as much as $5 billion through asset sales amid cost overruns and lower oil prices. The company has moved quickly, with processes to sell stakes in its U.S. Lake Charles Chemicals Project and as recently as May was considering putting the Rompco share on the block, people familiar with the information said at the time.

Nedbank Group Ltd. is running the pipeline stake sale, according to one of the people. The bank declined to comment.

Sasol declined to comment specifically on the pipeline. The company is taking steps to reposition the business over the following 24 months, it said in a statement. “One of these measures will be our existing asset disposal program.”

The natural gas that Sasol processes from the Pande and Temane onshore fields in Mozambique and transports through the line will remain a part of the company’s efforts to lower its carbon footprint, Chief Financial Officer Paul Victor said last week in an interview.

The South African government, which owns 25% through its iGas unit, has expressed interest in a bigger stake in the line. Mineral Resources and Energy Minister Gwede Mantashe in a June 23 discussion said the country should focus on accessing Mozambique gas. “We are hoping to increase our shareholding in that.”

The department didn’t immediately respond to emailed questions over its interest in the pipeline.