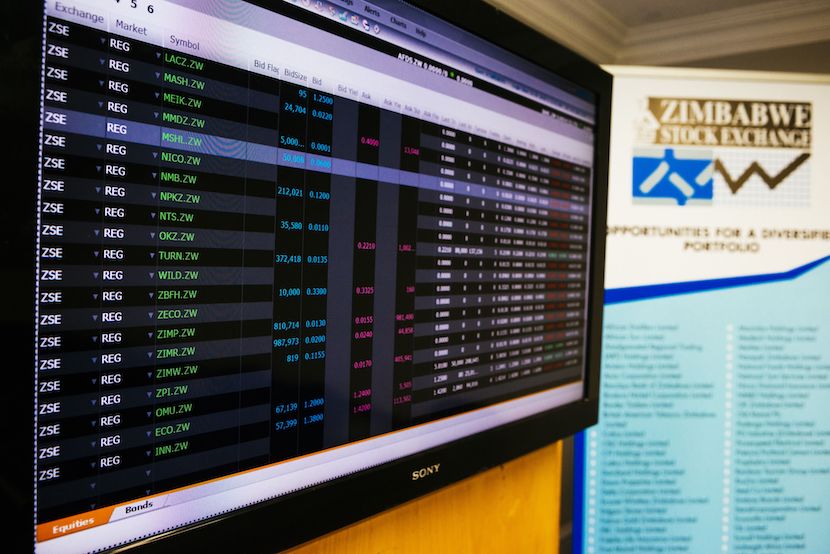 (Bloomberg) — Stockbrokers in Zimbabwe are struggling to explain to investors what’s happened to their money after the government shut down the stock exchange.

The Zimbabwe Stock Exchange announced Sunday it suspended trading to comply with a directive issued by the Information Ministry late Friday that the bourse close. It’s the latest in a series of measures the government has implemented to try and stabilize the nation’s currency.

Traders have been inundated with calls from “shocked and stressed” investors, Thedias Kasaira, managing director at Imara Edwards Securities, said by phone Monday from the capital, Harare.

“Clients are asking and we don’t know what to tell them,” he said. “They want an explanation, but we haven’t been able to give one as we also don’t know the reason.”

Zimbabwe’s benchmark industrial index has risen more than sevenfold this year to a record. Investors have used the domestic bourse as a haven from the country’s collapsing currency and inflation of 786% — the highest rate in a decade. 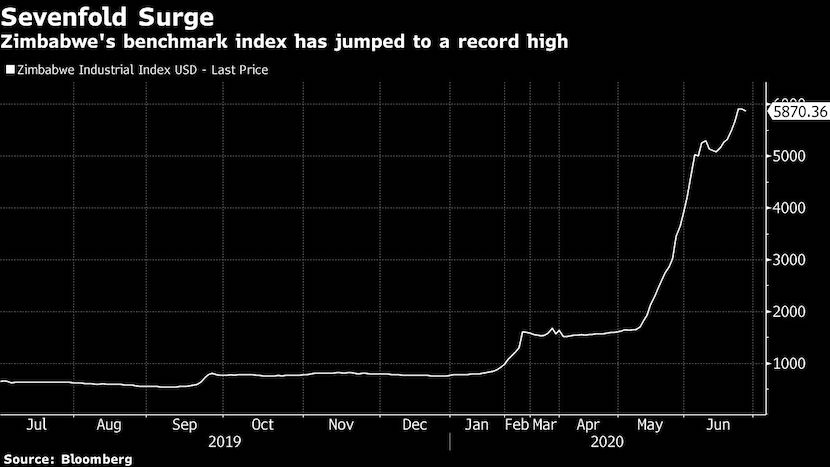 Investors with cash in Zimbabwe prefer to buy shares to avoid their money losing value. Movements in domestic stock prices track the parallel currency markets on the streets of Harare, where the Zimbabwe dollar changes hands at about 100 per U.S. dollar, compared with the official rate of 57.35.

“People are looking at a hedge against inflation; that’s why they are switching from Zimbabwe dollars to equities,” said Lloyd Mlotshwa, head of equities at Harare-based IH Securities. “The stock exchange serves as a proxy to parallel market rates.”

The measures come after President Emmerson Mnangagwa last week warned his government will tackle “malpractices” that he said have undermined his government’s efforts to end an economic crisis, and which resulted in mobile-phone platforms also being suspended.

The 77-year-old president has ruled Zimbabwe since taking over following a coup in late 2017. He inherited a nation beset by sanctions on its leaders and state companies, $9 billion of debt and an economy decimated by the state’s seizure of commercial farms that accounted for much of its exports. The World Bank estimates Zimbabwe’s gross domestic product will contract 10% this year.

“Despite rhetoric that Zimbabwe is open for business, the country is increasingly closed off, and the regime is struggling to abate the economic crisis,” said Nathan Hayes, an analyst at the Economist Intelligence Unit. “The move to shut the ZSE will limit demand for foreign currency, as investors will not be able to disinvest.”