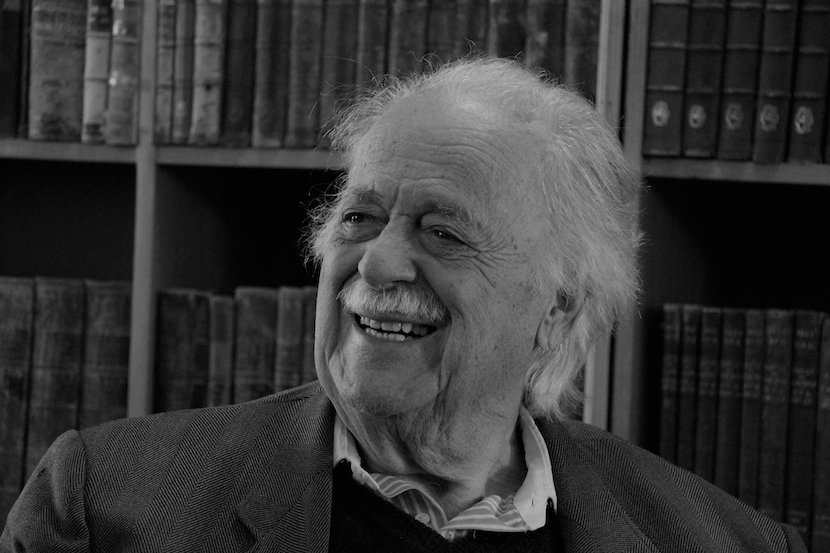 (Bloomberg) — George Bizos, who represented the late former South African President Nelson Mandela at his treason trial in 1963, has died. He was 92.

Bizos had a well-established practice as an advocate from 1954, mostly defending opponents of apartheid, the Nelson Mandela Foundation said in an emailed statement on Wednesday.

“He also played an instrumental role in the negotiations for the release of Nelson Mandela and other political prisoners and together with Arthur Chaskalson and others, assisted in the drafting of our democratic constitution, which he then defended vigorously,” the foundation said.

Bizos died peacefully at home of natural causes, surrounded by family, according to the foundation.

George Bizos has passed away. He represented the Hani and Biko families during the TRC hearings in 1996 and 1997. First frame he’s with Steve Biko’s son Nkosinathi and in the second with Mam’ Limpho Hani, Mam’ Nomzamo, and Zindzi Mandela.
📸: Onyx Media Archives. pic.twitter.com/csIoL0HnDj

We mourn the death of George Bizos, anti-apartheid icon and lifelong human rights advocate, who died on 9 September 2020 at the age of 92. He had a long association with the Free Market Foundation, particularly its CEO, Leon Louw. He received the FMF’s 5th Luminary Award on 19 February 2014 from the FMF’s then Chairman, Herman Mashaba, and conducted a riveting interview with Professor Mervyn King, noted for the “King 4” governance principles (link below).

Greek-born Bizos was honoured by the FMF “for his fearless defence of South Africa’s struggle heroes, his tenacious fight for freedom and justice and his dedication to upholding the Constitution and the rule of law”.

FMF CEO Leon Louw said, “I pay humble tribute to one of SA’s heroic human rights lawyers during and after apartheid. He never stopped fighting for justice regardless of how old and frail he had become. I was deeply honoured to know George Bizos personally. Although I can’t claim to have known him well, we occasionally sat on his veranda and discussed the state of SA and its uncertain future which concerned him. He respected the FMF’s commitment to economic and individual freedom and civic rights. Every meeting with him over many years was inspirational. I was honoured during his older years to drive him to some events usually followed by long conversations.”

Speaking at his Luminary award ceremony in a packed auditorium at Weber Wentzel Attorneys, George said, “War and security are the worst enemies of freedom. Countries, which pretend to be democratic, use the threat of ‘terrorists’ and national security to justify the breach of individual rights and the disregard of the Constitution.”

He continued, “The greatest deterrent to crime and criminals is the probability that they will be caught and punished, not the death penalty”.

He was influential in drafting the Constitution and Bill of Rights, and fought for freedom of the press and of speech.

Bizos said he met former president Nelson Mandela while studying at Wits University during apartheid’s darkest days. He later represented Mandela, fellow anti-apartheid activist Walter Sisulu, and other “Rivonia” trialists. His defence was widely regarded as decisive in saving the accused from the death penalty.

Louw continued, “George was a flag bearer for principles of good law throughout his life, for over 25 years into the post-apartheid era. We shall all miss him and his passion for good law and human rights. Not only did he represent Mandela and Sisulu, but whilst in his 80s he represented the victims of the Marikana shootings, and members of the Zimbabwean opposition. He lamented the failure of our new democracy to meet his human rights aspirations.”

Bizos: “I told people if wanting equal treatment for black students makes me a leftist, then I am proud to be one. At that time, my father was asked to rein in the young Bizos to which he answered: ‘It is not for me to tell him what to do’. And the rest is history.”

Bizos described himself as someone who strove for freedom. “I became radicalised at Wits as a lover of freedom. Freedom has always been part and parcel of my life,” he said.