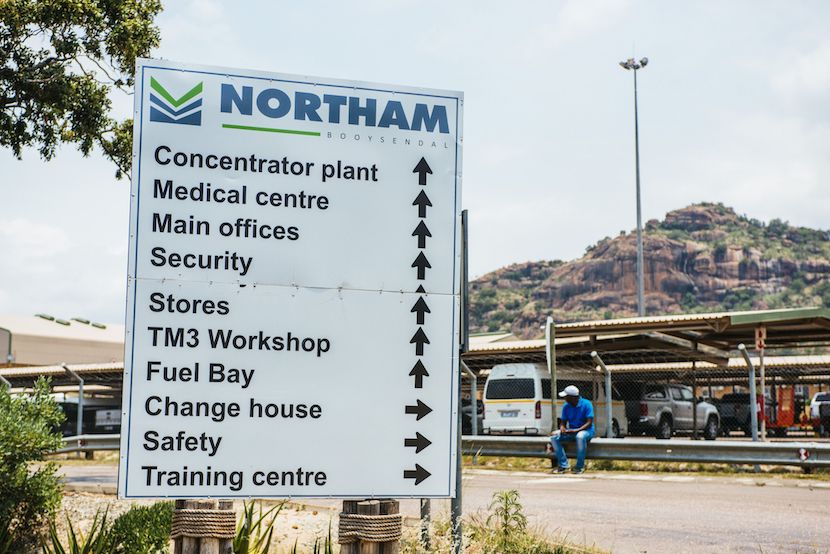 (Bloomberg) — Northam Platinum Ltd. is considering buying out some of its biggest shareholders to curb future liabilities, boosting the wealth of three of South Africa’s most prominent Black businessmen, according to people familiar with the matter.

If implemented, the acquisition will benefit Lazarus Zim, Sipho Mseleku and Brian Mosehla, the sole directors of companies that own 55.4% of Zambezi Platinum RF Ltd., the people said, asking not to be identified as the plan hasn’t been made public. Zambezi, set up in 2014, holds 31.4% of Northam, a stake currently valued at about 29 billion rand ($1.8 billion).

The deal could fuel concern that South Africa’s empowerment laws are mainly benefiting a Black elite, while doing little to uplift the majority of the population, who were locked out of the economy during apartheid. Other Zambezi shareholders include a women’s group. Northam workers and the communities that surround the company’s mines own 25.5%.

“We have a number of options open to us and the board continues to review these,” Northam said in a response to queries, adding it was reiterating comments by Chief Executive Officer Paul Dunne in its latest annual report. “He also stated that we will be both aggressive and proactive in returning value to shareholders.”

Mosehla, chairman of both and Zambezi, declined to comment. Zim, a former CEO of Anglo American Plc’s South African unit, and Mseleku didn’t immediately respond to requests for comment.

Zambezi holds its Northam stake as preference shares, which receive dividends before ordinary shareholders. Zambezi investors were paid 400 million rand at its inception to guarantee they don’t sell before 2025.

The shares were purchased for 41 rand each and must be redeemed at that price in 2025, when Zambezi’s debt needs to be repaid. Northam is liable to meet the difference if the share falls below that price. The miner’s stock traded at about 179 rand on Wednesday, significantly increasing the value of Zambezi since its establishment.

Northam, South Africa’s fourth-biggest platinum producer, has already bought back 5.6 billion rand of the preference shares since 2016, and currently holds 46.7% of them. Those buybacks have come at the expense of Northam paying dividends to ordinary shareholders.

“We have repeatedly stated that the purchase of Zambezi Platinum preference shares in the market is the most obvious and powerful way of returning value to shareholders,” Northam said.

Black economic empowerment has been a key pillar of African National Congress policy since the party came to power in 1994. Mining empowerment laws, first enacted around 2004, have attracted criticism from opposition parties and labor unions as many deals have done little to narrow inequality in the country, while accounting for the increase in wealth of a few Black businessmen including Patrice Motsepe, South Africa’s only Black dollar billionaire, and Cyril Ramaphosa, the country’s president.

The Congress of South African Trade Unions, the country’s biggest labor group, has described it as the “cappuccino” model, where empowerment has created a sprinkling of the Black elite among mainly white business owners, while the workforce remains largely black and impoverished.

Mosehla is the only director of Malundi Resources, which owns 12.8% of Zambezi, while Zim is the sole director listed for Atisa Platinum, which holds a stake of the same size. Mseleku’s Mpilo Platinum owns 29.8% of Zambezi.

The Zim Group, which includes Zim and his wife among its directors, owns interests in both Mpilo and Atisa, according to Zambezi’s annual report.