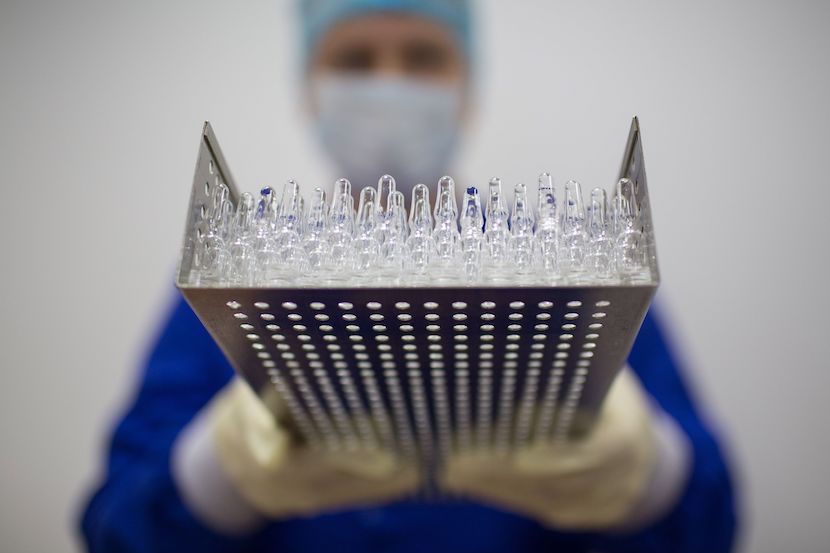 South Africa has paid Covax R500m to ensure that it has adequate Covid-19 vaccine supplies. Finance minister Tito Mboweni says he will find R4.5bn in the country’s budget to ensure that South Africa is at the front of the queue when vaccines are rolled out. Meanwhile, Africa’s Centres for Disease Control and the African Union have said they will work with any partner who will ensure that Africa receives vaccines for its 1.2 billion inhabitants.- Melani Nathan

(Bloomberg) — The Africa Centres for Disease Control and Prevention and the African Union have discussed Covid-19 vaccine trial partnerships with both China and Russia, part of an effort to ensure Africa is not last in the queue for vaccines when they become available.

“We are not limiting ourselves to any particular partner,” John Nkengasong, head of Africa CDC, said Tuesday at the Bloomberg Invest Africa online conference. “As a continent of 1.2 billion people, we are willing to work with any partner who adheres to our strategy plan for vaccine development and access in Africa.”

There are already moves from the private sector. Earlier this month, Aspen Pharmacare announced a deal to make 300 million doses a year of US drugmaker Johnson & Johnson’s experimental inoculation, should it be approved. Yet many the world’s richest nations and regions, such as the US and the European Union, have arranged to buy hundreds of millions of vaccine doses, raising fears of delays for lower- and middle-income countries.

They’ve also been approached by Russia and have told that country they’re ready to work with them, he said. The Sputnik V vaccine developed by scientists at Russia’s Gamaleya National Center of Epidemiology and Microbiology, was registered in the country in August. Subsequent studies have shown that it’s more than 91% effective, according to the vaccine’s backers, although full results have not yet been released.

“The continent is taking the access and development of vaccine very, very seriously,” Nkengasong said. “We really need to see clinical trials being done on the continent so they address issues like background infections from other diseases.”

Africa has been promised Covid-19 vaccines from the World Health Organization’s Covax program that would cover about 20% of its population, according to Nkengasong. But to get rid of the virus and achieve herd immunity “we need to vaccinate up to 60% of our population,” he said.

Read also:Why Pfizer Covid-19 vaccine will first be for the rich

As Africa waits to hear how much it will receive of the $12bn set aside by the World Bank for developing countries to purchase and distribute Covid-19 vaccines, tests, and treatments, it’s also speaking to other financiers. This includes African Export-Import Bank, which has promised as much as $5bn to procure additional doses of vaccines.

“So there are multiple avenues being explored now to make sure Africa has the appropriate doses of vaccines and also that we have that in a timely fashion, not in a delayed manner,” Nkengasong said.