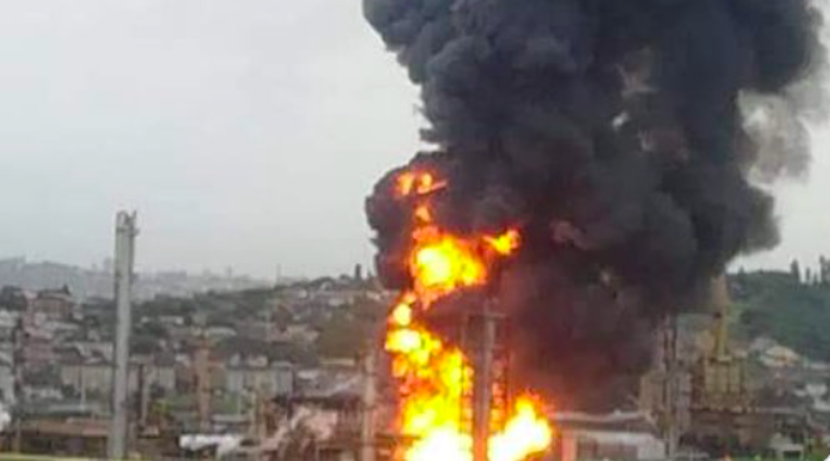 Durban, South Africa, 04 December 2020.The Engen oil refinery in south Durban exploded this morning. Emergency services are currently on the scene trying to defuse the flames. The cause of the explosion is still not clear. The community around the area are still in shock and those who work at the refinery could not go to work.

groundWork and SDCEA (South Durban Community Environmental Alliance) have previously called for the refinery to shut down. Coincidentally, the explosion occurs while PASA (Petroleum Agency of South Africa) is in Durban to visit the Merebank community on a number of issues. The Petroleum Agency of South Africa (PASA) plans to be at the Merebank community Hall at 10am in a follow-up meeting in relation to fossil fuels exploration. One of the key concerns communities face is the lack of transparency in public access to documents such impact on people’s health and safety including emergency, disaster and contingency plans. And who will be liable for incidents, accidents and explosions that impact on people and the environment.

Workers at the Engen Oil Refinery in Durban have vacated the premises and are being treated by Emergency Services, following an explosion.

Tara road #KZN has been closed off as SAPS, Search & Rescue personnel are on scene.

No fatalities reported as yet.

Shockwaves as a result of a tanker exploding at the Engen Oil Refinery, along Tara road in Wentworth, have been felt as far out as Durban Harbour, Clare Estate and Bluff #KZN

Emergency services are on scene, no injuries or fatalities have been reported as yet.#Durban#Engen pic.twitter.com/tcXK5kjfqR