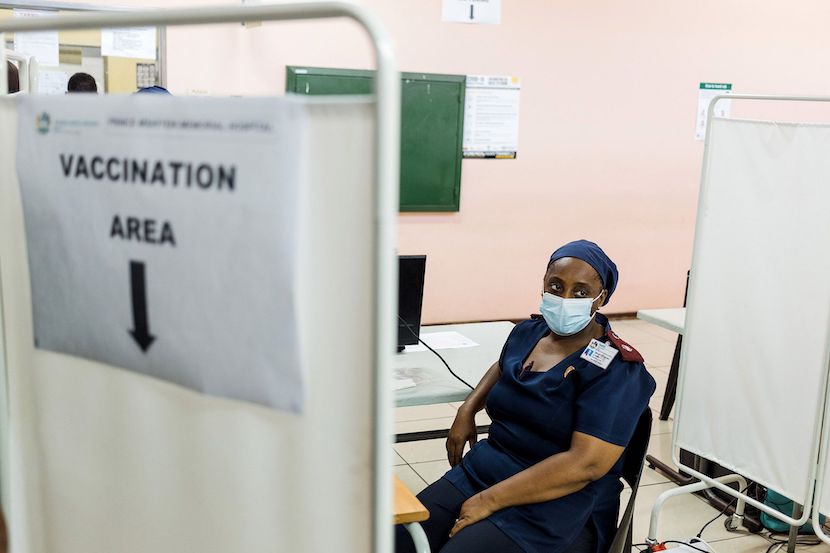 (Bloomberg) – South Africa plans to begin issuing Johnson & Johnson’s coronavirus vaccine to the general public next month after settling a contractual dispute with the U.S. drugmaker.

The outstanding matters relating to the order for 31 million doses were resolved “without compromising the position of South Africa,” Khumbudzo Ntshavheni, an acting minister in the presidency, told reporters following the cabinet’s bi-monthly meeting on Thursday.

South African Health Minister Zweli Mkhize told parliament last week that J&J wouldn’t sign off on the deal until it received greater assurance of support from the state. The terms insisted on by the company were at times “unreasonable,” he said.

A first batch of 1 million J&J shots being produced at an Aspen Pharmacare Holdings Ltd. plant in the Eastern Cape province is expected to be delivered by April 26, Ntshavheni said. The rollout of shots to people over the age of 60 and other vulnerable groups is set to begin on May 17.

South Africa has also ordered 30 million of the two-dose vaccine developed by Pfizer Inc. and BioNTech SE, which alongside the J&J version should be enough for more than two thirds of the population of about 60 million.

South Africa inoculated 292,623 health workers with the single-dose J&J shots under a drug trial before pausing the programme amid concern over a link to blood clots.

The nation’s medicines regulator has recommended the trial be resumed once specific conditions are met, and Ntshavheni said the health department will make an announcement about when that will happen.

“The temporary suspension in South Africa was in line with government’s commitment to ensure that comprehensive safety measures are undertaken regarding the vaccine rollout,” she said. “The reviewed data confirmed that South Africa has not experienced any rare blood clots with the already vaccinated health-care workers.”

-With assistance from S’thembile Cele.