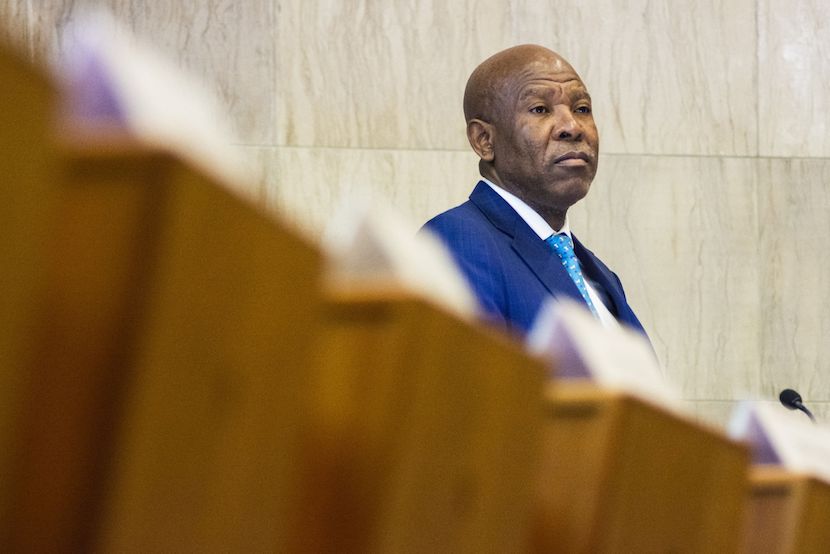 The headline consumer-price index rose 3.2% from a year earlier, compared with 2.9% in February, the Pretoria-based Statistics South Africa said Wednesday in a statement on its website. The median of 15 economists’ estimates was 3.3%.

Core inflation, which excludes the prices of food, non-alcoholic drinks, fuel and electricity, slowed to 2.5%, the lowest level since at least 2009. That shows there is little underlying price pressure in the economy that emerged from its longest recession in 28 years in the fourth quarter. It could move the central bank’s first interest-rate increase out even further. 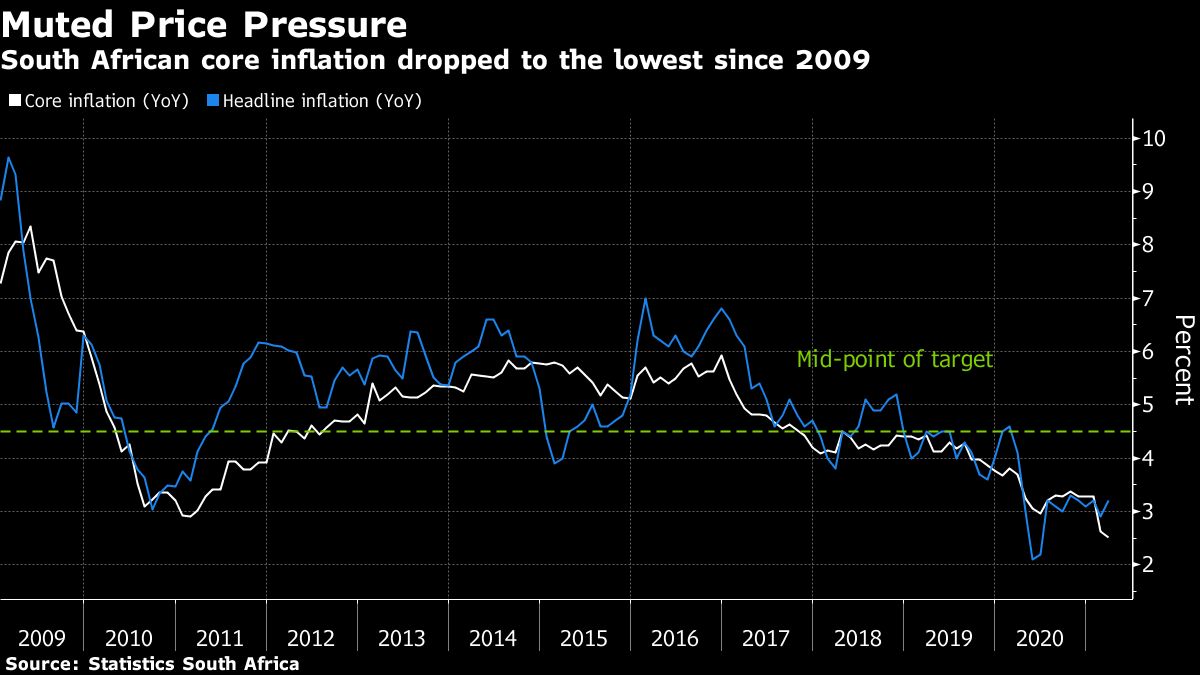 Forward-rate agreements starting in seven months, used to speculate on borrowing costs over the period, declined four basis points by 12:30 p.m. in Johannesburg on Wednesday. The contracts now suggest an increase in the repurchase rate of less than 25 basis points by the end of 2021.

The implied policy rate path of the Reserve bank’s quarterly projection model indicates two increases — this quarter and in the fourth quarter of the year – of 25 basis points each. However, Governor Lesetja Kganyago said last week the MPC will likely maintain an accommodative policy stance to support the economy as long as the inflation outlook gives it room to do so.

The central bank said it a report this month that administered costs, particularly for water and electricity, will keep overall inflation higher than otherwise. They also present upside risks to its forecast, which show the rate of price growth temporarily breaching the 4.5% midpoint of its target range this quarter.

-With assistance from Simbarashe Gumbo.