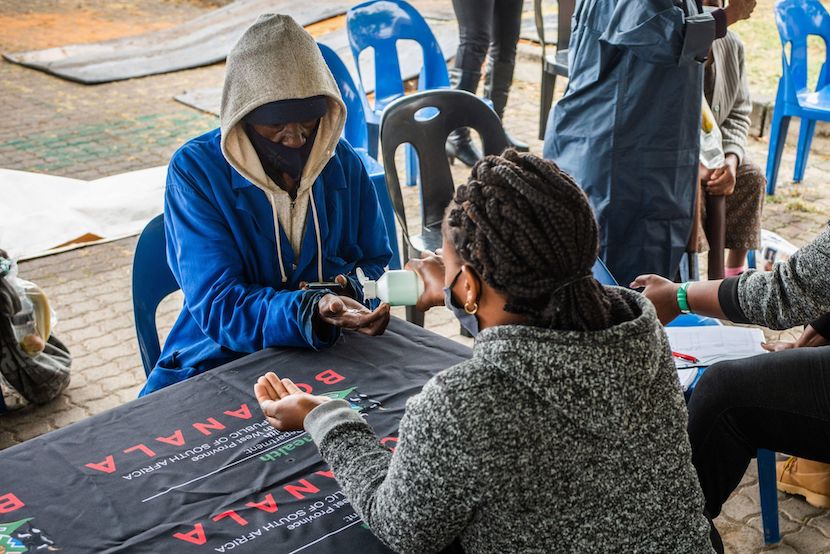 The government ordered 31 million of J&J’s single-dose shots and planned to begin issuing them to people over the age of 60 starting May 17. The doses are ready to be issued by Durban-based drugmaker Aspen Pharmacare Holdings Ltd., which has a deal with J&J to complete the final stage of production, but they won’t now be delivered by early this week as previously expected.

Instead, a protracted safety verification process has to be undertaken in conjunction with international regulatory agencies, Health Minister Zweli Mkhize said in a statement Sunday. The precaution was taken following a production glitch at a plant operated by Emergent BioSolutions Inc. in the US, where materials for J&J shots were mixed with those used in doses developed by UK drugmaker AstraZeneca Plc, which were made at the same facility.

“We are confident that the final outcome will be positive and that, provided there are no further disruptions, Johnson & Johnson will be in a position to release the stock from the Aspen plant by mid-May,” Mkhize said.

It’s likely to take several days for the vaccines to make their way to inoculation sites once they are dispatched, meaning the May 17 target date for their roll-out may be missed. That’s a scenario the government will want to avoid, given it’s contending with Africa’s worst coronavirus outbreak and facing criticism that it has not been proactive enough in securing vaccines.

South Africa has already given 318,670 healthcare workers the J&J shot as part of a study that enabled it to bypass normal licensing procedures. That program, which aims at inoculating 500,000 people, was paused for two weeks last month amid concern that the shot may lead to blood clots, but it won’t be affected by the latest holdup because those doses weren’t produced at Aspen’s plant.

The government’s plans to issue AstraZeneca’s vaccines were shelved in February after a small study showed they had little effect on mild infections caused by a variant of the virus first identified in South Africa. Besides the J&J shots, the government has also ordered about 30 million vaccines from Pfizer Inc., with the first 325,260 doses arriving on Sunday night and a total of 4.5 million expected by the end of next month.

More than 1.58 million Covid-19 cases have been detected in the country and over 54,000 of those diagnosed with the disease have died.