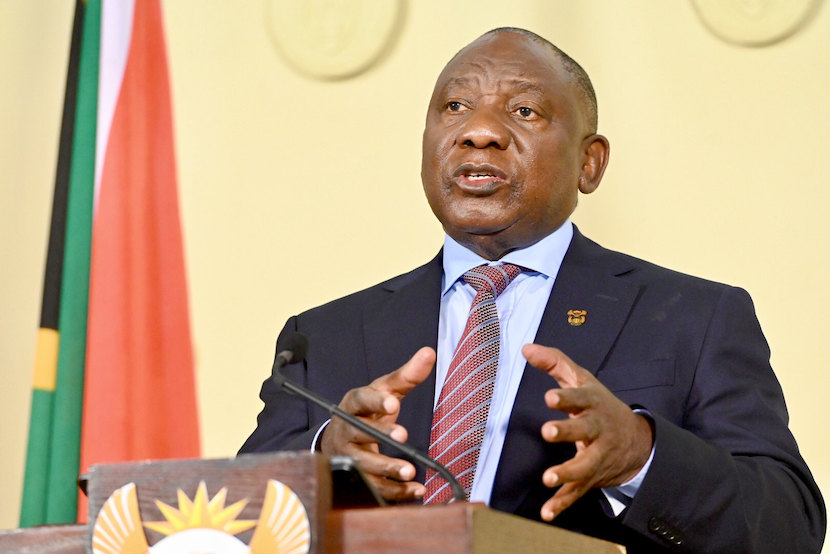 By Felix Njini and S’thembile Cele

The country will move to alert level 4, the nation’s second-highest, from level 3 with effect from midnight Sunday and the restrictions will remain for 14 days, Ramaphosa said in a televised address to the nation. Other restrictions include limiting travel to and from Gauteng, the nation’s commercial hub that’s been hardest-hit by a third wave of Covid-19 cases.

The tighter restrictions imperil South Africa’s recovery from its worst contraction in a century last year, when gross domestic product shrank 7%. Economists surveyed by Bloomberg News this month forecast output may rebound faster than anticipated, with recurring lockdown measures one of the main risks to the outlook.

“We are in the grip of a devastating wave that by all indications seems like it will be worse than all those that preceded it, its peak looks set to be higher than the previous waves,” Ramaphosa said. “The measures we are putting in place now are designed to allow as much economic activity to continue as possible while containing the spread of the virus.” 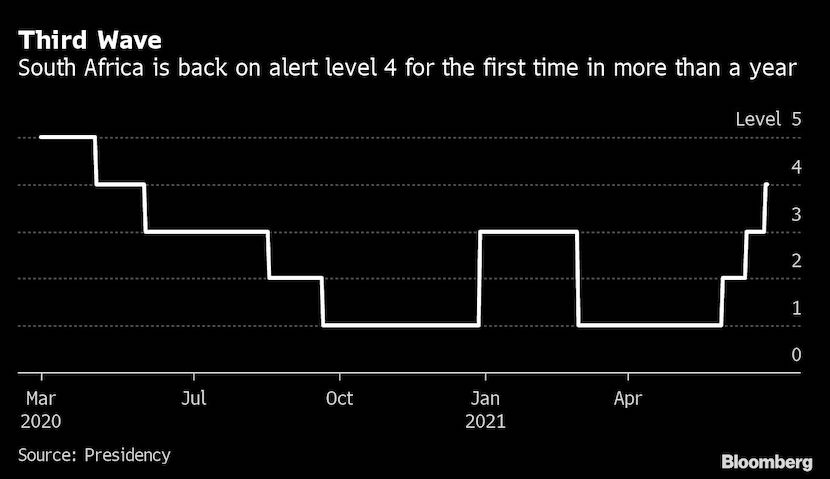 Ramaphosa said the ban on alcohol sales, the fourth since the start of the pandemic last year, was necessary to ease pressure on hospitals brought by emergency incidents related to drinking. Previous prohibitions have curbed the domestic revenue of drinks makers including Distell, which is the subject of a possible takeover by Heineken NV.

The Beer Association of South Africa said it’s seeking legal advice on the ban, which it said will be the “death knell” for businesses and jobs.

“The previous three alcohol bans have devastated thousands of small businesses,” the association said in an emailed statement. “Many more businesses will now find themselves on the brink of closure.”

South Africa reported more than 90,000 new Covid-19 cases in the week through Sunday – the biggest increase since January, according to data compiled by Bloomberg.

“The peak of this third wave looks set to be higher than the previous two,” Ramaphosa said. The first wave in July lasted 15 weeks, while the second in January continued for nine weeks.

Infections are being driven by the Delta variant that has devastated India and dealt a setback in the UK. South Africa’s situation is being exacerbated by a slow vaccination campaign, with almost 2.7 million of the nation’s 60 million people either fully or partially inoculated. The variant is present in five provinces, Ramaphosa said.

Gauteng, which includes Pretoria and Johannesburg and accounts for a third of South Africa’s economic output, has borne the brunt of the latest wave of infections. Hospitals are at risk of reaching capacity within days.

The province accounts for more than two-thirds of infections and has a new-case rate of 73 per 100,000 people, more than triple the national average of 23.2, according to National Institute for Communicable Diseases data.