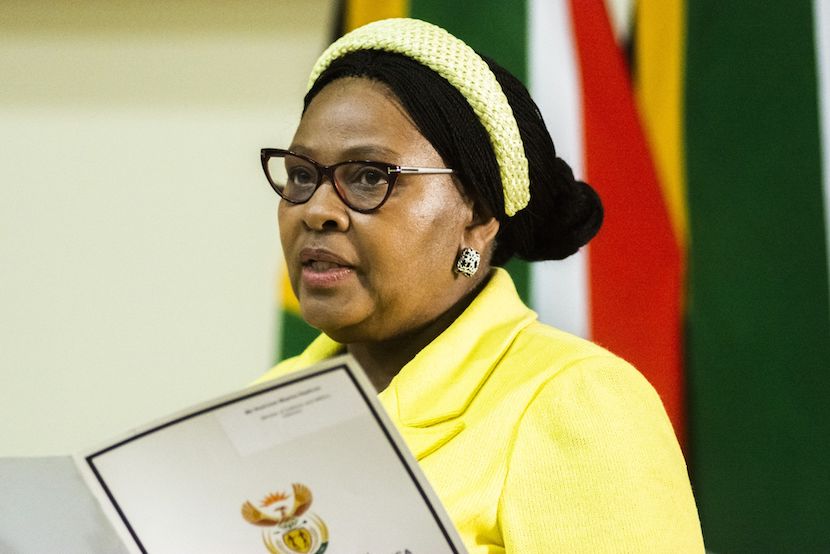 The speaker’s post became vacant after Ramaphosa appointed incumbent Thandi Modise as defence minister, one of 10 changes made in an Aug. 5 reshuffle of his executive. Mapisa-Nqakula was a shoo-in for the legislature job after the ruling African National Congress, which has an outright parliamentary majority, selected her as its candidate.

Mapisa-Nqakula won 199 of votes cast in a secret ballot, and Annelie Lotriet, the main opposition Democratic Alliance’s nominee, 82. Mapisa-Nqakula and the heads of South Africa’s other security ministries came under fire for their response to an outbreak of rioting last month that claimed 354 lives and saw thousands of businesses looted. She initially contradicted Ramaphosa’s assertion that the unrest amounted to an insurrection, but later backtracked.

Mapisa-Nqakula was appointed defence minister in 2012 by then-President Jacob Zuma. The Johannesburg-based Sunday Times newspaper reported in 2016 that she’d used an air force plane to transport a Burundian woman from the Democratic Republic of Congo to South Africa and helped her enter the country illegally. She denied any wrongdoing.

Ramaphosa docked her pay last year after she was found to have abused state resources when she allowed ruling-party officials to accompany her on a government jet to travel to Zimbabwe.