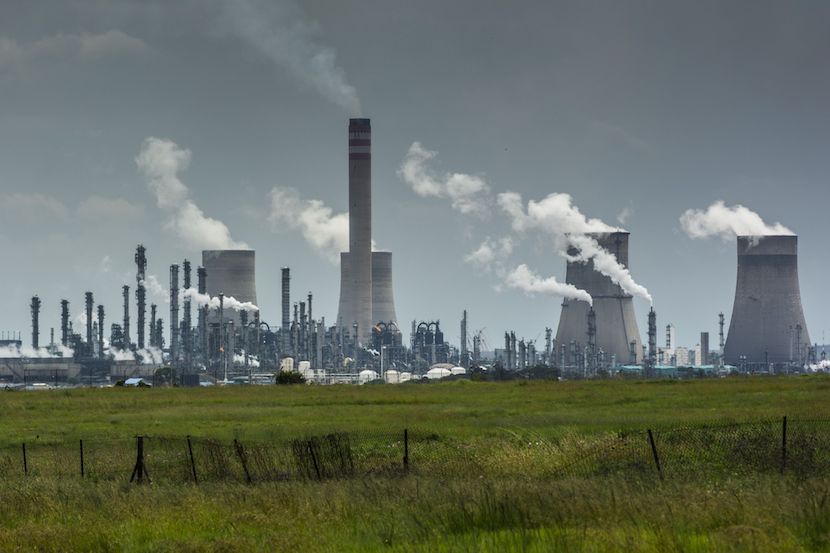 (Bloomberg) – FirstRand, Africa’s biggest bank by market value, is ending its funding of new coal-fired power stations immediately and will halt the financing of new projects to mine the fuel over the next five years.

The Johannesburg-based lender joins its peer Nedbank in making such commitments as pressure mounts on banks to shun fossil-fuel lending from investors and activists. While South Africa’s largest banks are reducing their exposure to activities that pollute the environment, they have set differing time-lines to take into account the nation’s reliance on coal.

“It is the long-term ambition of FirstRand to be net zero by 2050,” it said in its updated policy published on Wednesday. The bank will also reduce its short- and medium-term limits on its overall coal exposure, it said.

South Africa relies on coal for almost all of its electricity and exports the fuel to countries including China and India. Its carbon emissions rival those of the UK, an economy eight times its size.

Other South African banks such as Investec and Standard Bank are also pursuing plans that encourage clients to opt for greener technologies.

FirstRand, owner of retail lender FNB and Rand Merchant Bank, sees its transition pathway assuming a gradual reduction in coal production and ending use from 2025 to 2030 as Eskom decommissions five of its coal-fired power stations and as global demand for exports of the fuel declines, it said.

“The pathway assumes the end of coal as the core energy source of South Africa between 2042 and 2049,” it said.

As far as bank credit exposure goes, coal remains a decent contributor across products for many local banks.