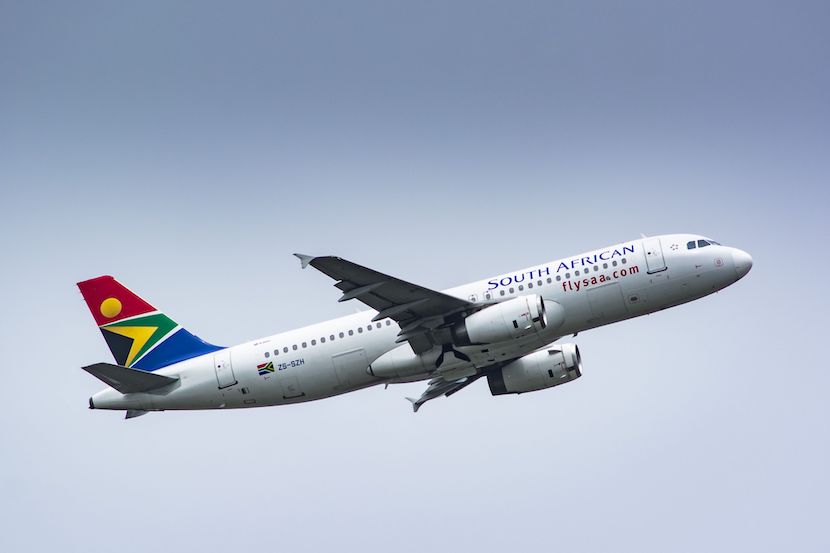 (Bloomberg) – South African Airways will need a more modern fleet to be competitive on routes outside its home continent following the Covid-19 crisis, according to interim Chief Executive Officer Thomas Kgokolo.

The state-owned airline, poised to resume flights after emerging from bankruptcy proceedings, used to generate revenue on trips to cities such as London and Frankfurt, but its ageing Airbus SE planes have prohibitive operating costs, he said in a panel discussion on Wednesday.

“If we get the right fleet for those particular trips we should be able to minimise costs and become competitive,” Kgokolo said.

SAA is set to restart trips on Sept. 23 about 18 months after the fleet was grounded at the start of the coronavirus pandemic. Flights are set to operate from Johannesburg to Cape Town, plus African capitals Accra, Kinshasa, Harare, Lusaka and Maputo.

The carrier sees high demand on routes to cities elsewhere on the continent, Kgokolo said, as fewer competitors operate those trips. Early booking figures indicate planes may be as much as 75% full, he said.

South Africa’s government agreed to transfer a majority stake in the carrier to a local jet-leasing company and private-equity firm in June, though the consortium has yet to complete the deal more than three months later.

“We’re done with due diligence, and negotiations are taking place on the share purchase agreement,” Kgokolo said. “It can be complex and take time.”

The group comprising Global Airways, which owns domestic airline Lift, and Harith General Partners has pledged to invest as much as R3.5bn ($243m) over the next three years. For now, SAA is solvent, after administrators reduced its workforce by almost 80% and secured a deal with creditors.

SAA currently has an eight-aircraft fleet, Ch-aviation reported last month, made up of five original-generation Airbus A320-series narrow-bodies, an A330 wide-body, and a pair of thirsty four-engine A340s.