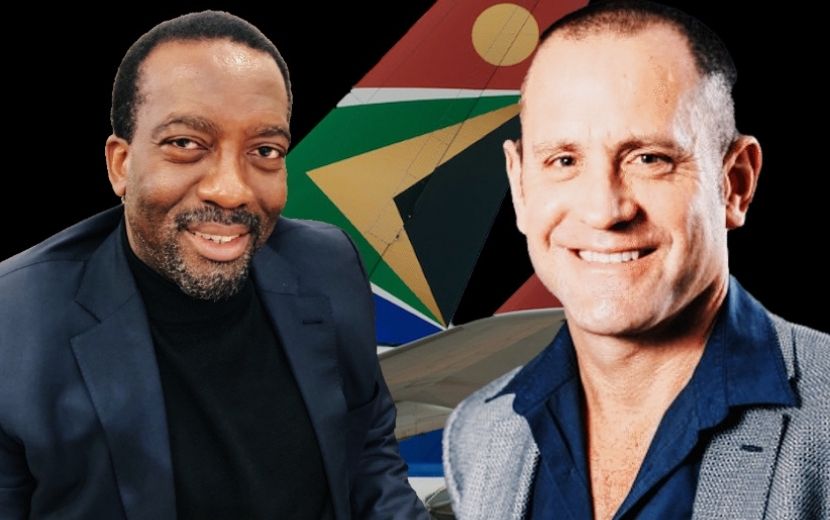 Last week, our partners at Bloomberg reported that South Africa had agreed to sell a majority stake in the country’s grounded national carrier SAA to a local jet-leasing company and private-equity firm. The news was received with a collective sigh of relief, as SAA has been a drain on state finances for far too long. A consortium comprised of Johannesburg-based Global Airways, which owns recently launched domestic airline Lift, and private-equity firm Harith General Partners will take a 51% shareholding in South African Airways. Tshepo Mahloele, the Chief Executive Officer at Harith, is one of the originators of the $630m Pan African Infrastructure Development Fund. Mahloele has partnered with Gidon Novick, the co-founder of Lift, who has stepped back into the industry he was born into nine years after stepping down as CEO of Comair. With these two at the helm, SAA may just have a fighting chance. BizNews founder Alec Hogg spoke to Tshepo Mahloele about their newest venture. – Nadya Swart

Tshepo Mahloele on being the new Chairman of SAA:

You’ve seen that the journey that one has traveled in the past – with regards to looking for opportunities at the right time, perhaps also at the right pricing level for entry from a competitive point of view, from the various angles that our platforms had … And this, as you know, we tend to go look for a different angle to what everybody else will look for in the market from a timing point of view. And I think this one also represents one of those challenges.

But it’s very much what I want to call a calculated risk; we look at what the opportunity is, we look at what we have in our arsenal of capabilities and partners that we can take on to enhance some of the other plays that we have within our portfolio and then take it from there. And we believe that aviation, with regards to the African region represents that opportunity right now, that I really believe in the next three years will look very different to where we are today.

On the beginnings of Harith:

I think it’s a bit of a sad situation, Alec, that one finds there. One gets very short of actually calling it fake news, because it’s incomprehensible that people up to now still don’t get it – what our story has been and how Harith got started. Even with regards to, let’s say, the funds that Harith raised when we initially started the first fund. It came from over nine investors in the fund. [It’s all] good and well, one of those was the Government Employees Pension Fund. But there were the likes of ABSA, Old Mutual African Development Banks, pension funds of Ghana. So we had a whole multiplicity of investors in the funds that we were managing and all for us looking at the African infrastructure opportunity there – which everybody at that stage was saying there was not enough deal flow for infrastructure private equity funding on the continent.

And if you look now 15 years down the line, we can’t even find enough money to address the infrastructure backlog that is there, and everybody is coming in – scrambling for those opportunities. But we started it long ago. And from a Harith point of view; when we started, whilst our seed funding came from the PIC, the initial fund manager was a private sector entity. We had ABSA and Old Mutual even as shareholders in the fund management business, so it was never meant or supposed to be a public sector platform or public sector owned vehicle. It has always been one wherein investors had their interests.

On getting involved in a ‘turnaround situation in South African Airways’ and an airline that that can serve the continent:

That’s exactly the story, because we try to find that which we can bring that’s different to a situation or that which presents an opportunity in a situation from a longer-term or a more medium to longer-term perspective as opposed to a short-term one. If you look at the short-term in terms of aviation, what has been done by the pandemic and the current situation – many people fear to go in there, but we know for sure people will always be traveling.

The continent must connect, trade must still go on, and the aviation sector for the African continent remains then one of those sort of front runners to bring back that trade, to bring back those connections and to connect those cities. And that’s where it fits in with our whole infrastructure. And that’s where it fits in with the whole view of saying; ‘What this looks like today is very different to what it will look like in the next three to five years. Travel will come back, trade will come back.’

On whether getting Gidon Novick to come along for the ride was a difficult discussion:

No, we both got to each other and said; ‘There’s this opportunity.’ We had been looking at other aviation opportunities, we even looked at some airlines which had gone down in this market. It was commented on earlier on in the year. So we’ve been looking at this and it was one of those conversations where it just made sense for both of us. And I like the model which they were adopting – it fitted in with what we thought would be a way of tackling this industry going forward.

On whether SAA’s landing rights can be resuscitated:

I think when the international markets open up, those will be looked at. Gidon’s side of things and then maybe our other consultants will very much assist from a timing point of view. But I cannot see how maybe some of these lucrative flight routes which existed before, like London or New York, in future might not be done by an SAA sort of brand. It’s not one that is immediate. In the immediate, it’s more a domestic opportunity, perhaps followed by the regional opportunity. And as markets open up and more international travel is opened up for South Africa, then you can look at those international ones.