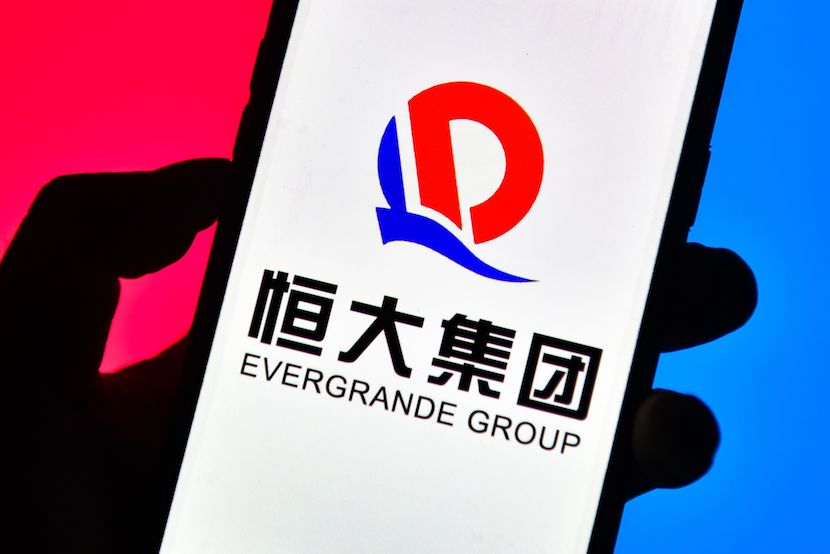 (Bloomberg) – As China Evergrande Group edges closer to a massive restructuring, Beijing has stepped up efforts to limit the fallout, signalling it’s willing to prop up healthy developers, homeowners and the real estate market at the expense of global bondholders.

In the last week alone, Chinese authorities have dispatched top financial regulators to nudge the country’s massive banks to ease credit for homebuyers and support the property sector. They also bought out part of Evergrande’s stake in a struggling bank to limit contagion. The central bank meanwhile has pumped ¥790bn ($123bn) into the financial system over 10 days to ease liquidity.

The moves underscore that China will do everything it can to ring-fence Evergrande, while showing little interest in a direct bailout of the developer that has roiled global markets for weeks. That doesn’t bode well for bondholders – both onshore and abroad – looking for some kind of rescue from the Chinese government.

“The first obligation is going to make sure that homeowners who bought those homes take delivery and are made whole,” said Marathon Asset Management Chief Executive Officer Bruce Richards, who started buying Evergrande debt last week. “At the very end of the pecking order are offshore bondholders.”

For China, the risk of contagion far outweighs any potential damage from an Evergrande collapse on its own. Though Evergrande is one of the largest developers in China, it accounts for just 4% of sales in the country. A run on property firms in the wake of an Evergrande failure threatens to destabilise an industry that accounts for 29% of China’s economy, according to new research from Harvard University economist Ken Rogoff.

Already, developers such as Sunac China Holdings and Guangzhou R&F Properties have plunged in trading, while their bond yields have soared. Some 12 real estate companies have reported bond defaults in the first half of this year, amounting to ¥19bn, according to Moody’s Investors Service.

China also faces a potential backlash from the 1.6 million homebuyers who put deposits on Evergrande apartments that have yet to be built. Getting those projects completed would help avert the type of social unrest sparked last month by retail investors demanding payment on some 40 billion yuan in Evergrande high-yield investment products.

“A disorderly default of Evergrande is unlikely because of the broad-based risk it presents to a large amount of the Chinese population,” said Alejandra Grindal, chief economist at Ned Davis Research. “The government is probably less concerned about restructuring the offshore debt.”

Homebuyers already face the threat of declining prices after years of gains. Measures of price growth, housing starts and sales have moderated significantly in recent months, Moody’s notes in a report. Evergrande’s sales alone probably plunged 93% in September from a year earlier, according to a Citigroup Inc. report based on China Real Estate Information figures.

Given the heightened risk of social unrest, Beijing will try to ensure that construction workers are paid first in any restructuring, followed by homebuyers, then suppliers and lenders, said James Feng, the founding partner of Poseidon Capital Group, a Chinese fund that specialises in distressed and special situation investments.

“It’s highly likely that Evergrande’s offshore bondholders will be wiped out,” he said.

To limit the real estate contagion, central bank Governor Yi Gang and other officials told financial institutions to cooperate with governments to “maintain the steady and healthy development of the real estate market” while safeguarding homeowners, according to a statement by the People’s Bank of China last week.

The regulators asked banks to refrain from cutting off funding to developers all at once, according to a person familiar with the matter. Lenders should continue supporting projects under construction and approve mortgages for buyers qualified for pre-sales, the person said.

The moves by Beijing pushed developer stocks higher Thursday, with the CSI 300 Real Estate Index rising 1.2%, for a third-straight gain. Markets were closed Friday for a holiday in Hong Kong and China.

“Given the gigantic size and importance of the sector to the economy, we expect China to make every effort to avoid a hard landing, especially at a time when the economy is facing heightened uncertainty amid a pandemic,” Moody’s Analytics analyst Christina Zhu wrote in a Sept. 30 note.

China has plenty of experience managing collapses of conglomerates like Evergrande. HNA Group’s restructuring this year may be a model, according to Citigroup researchers. Following the HNA example, Beijing would likely step in, break up Evergrande’s businesses and sell assets to strategic investors. Under this scenario, bondholders would take a severe haircut and equity investors would be all but wiped out. Even after last week’s gains, Evergrande’s stock has tumbled 80% this year.

So far, China has been able to limit Evergrande’s contagion. Standard & Poor’s said it sees little evidence of a broader spillover into other parts of the financial markets, with impact confined to single-B rated developers. Citigroup expects some fallout from Evergrande, prompting a cut in its 2022 economic growth forecast to 4.9% from 5.5%.

The challenge for China is to support the property sector without stoking the type of overheating that its been working for years to curb. President Xi Jinping’s mantra is that housing is for living not for speculating, and Beijing wants to avoid another run up in prices that would exacerbate inequality in the world’s second-largest economy. Still, inflicting pain on Evergrande and its investors also sends a signal that China doesn’t condone massive accumulations of debt and the moral hazard that often comes with it.

“Regulators will make sure no systemic financial crisis will happen, which is their bottom line,” said Zhou Hao, senior emerging markets strategist at Commerzbank AG in Singapore. “At the same time, they will punish developers that are highly leveraged.”

Bondholders meanwhile are bracing for a massive haircut from any restructuring. S&P said last week it expects a “very high chance of default” for Evergrande given its liquidity situation and $300bn in total liabilities. The company has likely missed two coupon payments on dollar bonds in the past two weeks, and faces a $260m maturity Monday on a note sold by a related company known as Jumbo Fortune Enterprises.

With Evergrande’s main offshore bond trading at about 27 cents on the dollar, investors like Marathon have little prospects of being made whole, they’re betting instead on some trading gains in the overhaul.

“We don’t know what that recovery value is but we’re getting close to the point where it now makes sense” to buy, Richards said in a Bloomberg Television interview.