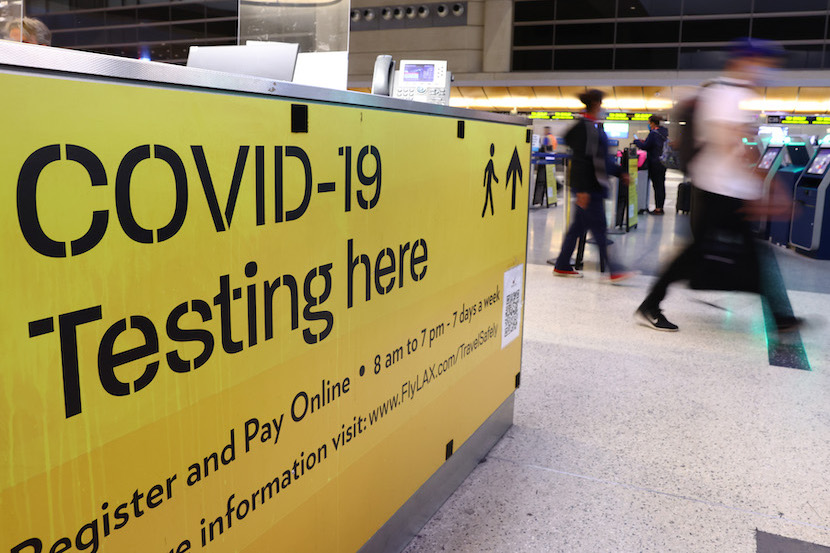 By Jason Douglas of The Wall Street Journal

LONDON—People infected with the Omicron variant of coronavirus are between 50% to 70% less likely to be admitted to the hospital than those who caught earlier strains, according to a new U.K. study that adds to a growing body of evidence of Omicron’s reduced severity in populations with high levels of immunity.

The analysis from England, published Thursday by the U.K.’s Health Security Agency, follows studies in Scotland and South Africa that also pointed to a substantially lower risk of hospitalization with Omicron than with more established variants, including Delta.

Scientists are still unsure how these encouraging findings around hospitalizations will stack up against Omicron’s much increased transmissibility, and ability to partially evade the protection of vaccines. The risk, they say, is the variant could still cause a big wave of hospital admissions simply by infecting many more people.

The agency cautioned its findings are preliminary and based on a small number of hospitalized cases. It also said it may be underestimating the risk of admission because few cases have yet been detected in older, more vulnerable age groups.

In a less encouraging finding, the agency said the effectiveness of a booster dose in warding off mild symptoms of Omicron appears to wane over time, though it said boosters should still protect against severe disease.

The agency said that after 10 weeks, vaccine effectiveness against symptomatic disease after a third dose of the vaccine developed by Pfizer Inc. and Germany’s BioNTech SE dropped to 45%, from 70% previously, in those who received Pfizer as their primary two-dose course.

The findings nonetheless add to a string of encouraging data on Omicron’s severity from other real-world research.

A University of Edinburgh study published Wednesday, drawing on the health records of 5.4 million people in Scotland, found the risk of hospitalization with Covid-19 was two-thirds lower with Omicron than with Delta.

Scientists caution the reduction in severity observed in these studies is mostly explained by immunity, either through high levels of vaccination, in the case of England and Scotland, or high levels of prior exposure to the virus, as in South Africa.

Much less is known about Omicron’s intrinsic severity and whether it is a milder strain of coronavirus than those that have preceded it. A separate analysis of recent Covid-19 cases in England by Imperial College London, published Wednesday, suggested the risk of hospitalization with Omicron is only around 10% to 11% lower than Delta for someone who hasn’t been vaccinated and never previously infected, highlighting the protection that persists against the new variant from vaccination or exposure to the virus.

Omicron is rapidly overtaking Delta as the dominant strain of the virus in much of the world, including the U.S., where the Centers for Disease Control and Prevention estimates it accounts for around three-quarters of recent cases, despite having only been first detected by scientists in South Africa in November.

In the U.K., the variant is already dominant and is fueling a large wave of infection. Almost 120,000 positive tests for the virus were reported Thursday, a new daily record. Hospital admissions are increasing, but at around 900 a day are well below the 4,000-a-day levels witnessed during the deadliest phase of the pandemic in January.