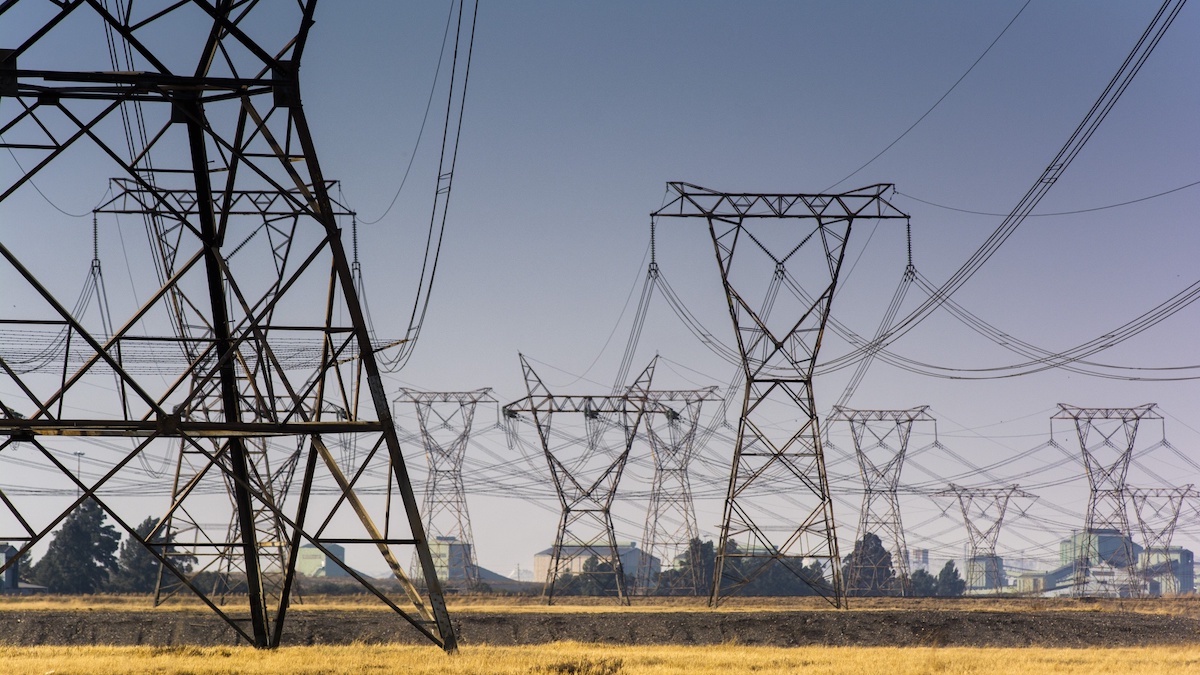 The lawsuit, filed in the High Court in the capital, Pretoria, seeks a wide range of remedies including the exemption of all hospitals, small businesses and agriculture from electricity outages to the release of documents regarding the non-performance of two coal-fired plants that ran billions of dollars over budget. The legal action also seeks to have the planned shutdown of coal-fired facilities reconsidered.

The case, one of at least four filed against the government or its institutions over power cuts and electricity-tariff increases, adds to pressure on President Cyril Ramaphosa to ease the country’s worst ever blackouts with outages imposed every day this month and on 205 days last year.

While it’s uncertain what the prospects of success are for the cases, they heighten the focus on the governing African National Congress’s failure to provide basic services just over a year before the country holds elections.

“The public is kept in the dark as to how the management of the grid has reached a near state of collapse without consequence or accountability,” Bantu Holomisa, the president of the United Democratic Movement political party, said in his court affidavit. “Eskom, as a state entity, has been grossly mismanaged to the extent where it’s now unable to perform its primary task of providing electricity.”

Ramaphosa’s office declined to comment, as did the Department of Public Enterprises. The energy department didn’t immediately respond to a request for comment, while the regulator said it would comment later and Eskom said it plans to oppose the application.

If the applicants succeed in having the power cuts interdicted, Eskom would need to halt essential maintenance that would lead to worse blackouts, Andre de Ruyter, the utility’s chief executive officer, said earlier this month after the initial threat of legal action was made.

South Africa’s biggest opposition party, the Democratic Alliance, has filed a case demanding that an 18.7% power-tariff increase granted to Eskom by Nersa be scrapped and plans a march to the ANC’s headquarters in Johannesburg on Wednesday to protest the crisis.

Solidarity, a labor union, has sued Nersa, demanding the regulator make it easier for private companies to produce electricity. Environmental group The Green Connection and the Southern African Faith Communities’ Environment Institute have sued Ramaphosa and the energy minister, demanding that they come up with a better plan to develop energy-generation capacity.

In the remote Northern Cape province, farmers this month drove pickup trucks, combine harvesters and tractors through small towns with banners saying “no power = no food,” a reference to their inability to irrigate their crops because of regular blackouts.

A plan to transition the country away from coal-fired power plants, which currently account for more than 80% of supply, to more reliance on renewable power, which has been backed by the president, was attacked in the court case filed by the three opposition parties.

“One must then pose the rational question why the state believes it proper to obliterate the nation’s existing power supply,” Holomisa said. Renewable energy plants “cannot sustain or support the nation’s power consumption needs in the immediate future,” he added.

Numsa is the second-biggest union at Eskom with many of its members working at coal-fired plants.

Other demands made by the applicants in the case include:

With assistance from Paul Burkhardt and Rene Vollgraaff.