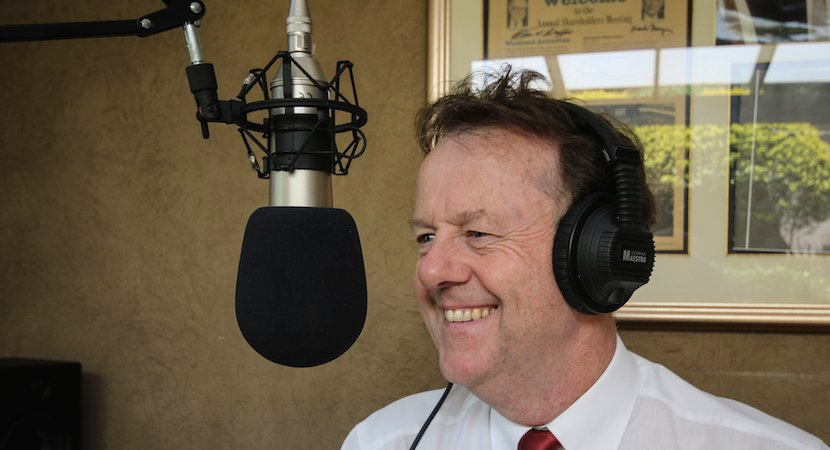 But for the team which drafted the 2017 Budget, there is little unintended in the consequences this particular policy action is sure to reap. South Africa’s politicians are doubling down in their attack on the already skittish highly skilled and most productive sector of the population.

The people with the biggest smiles after SA’s 2017 Budget will be emigration consultants, removals companies and international recruitment specialists.

Just 100,000 people are tagged to carry up to a hefty 40% of the can for the R28bn in fresh taxes proposed in Finance Minister Pravin Gordhan’s 2017 Budget. These are the high achievers, a paltry 0.18% of the population, who report taxable income of over R125,000 per month.

This small group is being directly targeted via a four percentage point surge in South Africa’s top marginal income tax rate from 41% to 45%. And to be sure there is no room for arbitrage by entrepreneurs or corporate HR practitioners, Gordhan has also jacked the dividend withholding tax up from 15% to 20%.

And there is almost certainly more of the same to come.

During Wednesday morning’s press conference Gordhan made special mention of the controversial economic theories of Oxford University Professor Sir Tony Atkinson who died at 72 in January. Atkinson spent four decades working on inequality and income distribution, even creating an index named after him. With increasing turbulence in a world grappling with trying to find solutions to complex economic issues, his work is enjoying a resurgence, eulogised by other left leaning economists like Joseph Stiglitz.

Atkinson was quoted at some length by Gordhan in the official Budget speech. But what stood out for me was the more spontaneous offering in the Presser when Gordhan’s mention the UK Labour Party icon believed the top marginal income tax rate should be 65%.

Whatever your politics, the reality of South Africa must now be pretty obvious. At a time when the world is debating with whether to incentivise human potential or force mankind into collective effort, South Africa is on a path diametrically opposed to business-friendly options promoted by the USA, India, the UK and even the new free-market champion China.

Gordhan’s plucking the rich goose option raises one of numerous contradictions in this particular Budget speech. 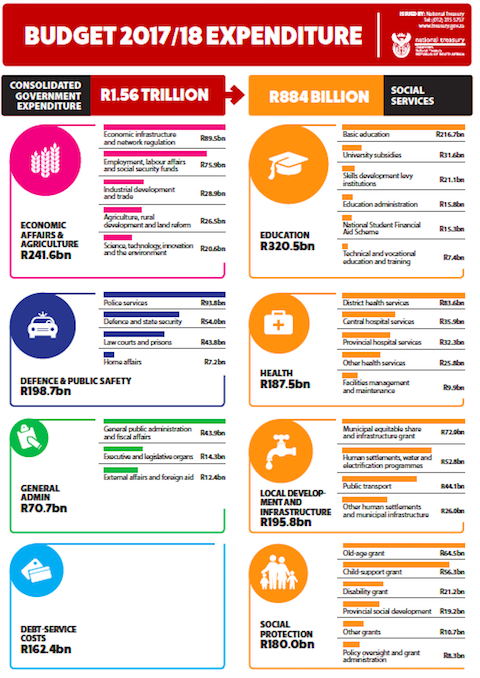 The Finance Minister and his highly supportive team at National Treasury are fully aware their country’s critical requirement is economic growth. The economy expanded just 0,5% in 2016 and a pedestrian 1,3% is forecast this year. Gordhan himself points out that in the past quarter century South Africa’s GDP per capita rose a pathetic 1% a year.

But instead of stimulating entrepreneurship, they are using higher taxation of the productive sector to stifle it. Gordhan encouraged a move away from “slogans” but where it matters, promoted a belief SA’s economic stagnation can be solved through a “national obsession” for inclusive growth. And also accelerated social payments which now absorb 57% of the Budget.

Where he is absolute spot on is by understanding that without a more equitable spreading of the cake, the social stability the country has enjoyed is at risk. But dis-incentivising the bakers of that cake is not the solution.

Another obvious paradox is Gordhan’s admission that he and his Deputy Mcebisi Jonas “serve at the pleasure of the President”. But in the Press conference they referred often and passionately to the cancer of patronage and crony capitalism, a field where their boss, Jacob Zuma, is world class.

Also sticking out like a sore thumb is the embarrassing disconnect between Treasury and SA Revenue Services. Last year Treasury had to work around tax collections that came in R11bn below what had been Budget for. The most recent fiscal year’s under-collection is a staggering R30,4bn.

For anyone who has followed the politics around SARS, the reason is pretty obvious. More than 100 of the executives appointed during Gordhan’s decade as SARS Commissioner have been systematically dispatched by his latest successor, Zuma confidant Tom Moyane.

After his forced reappointment 15 months ago, one of Gordhan’s first targets for replacement was Moyane with “he goes or I go” ultimatum from which the new Finance Minister subsequently backed down. Now Gordhan and his team are forced to left presenting figures which, due at least partly to poor collections, make the projected Budget deficit number questionable.

Without being able to exercise control of SARS, Gordhan is like a CEO unable to influence the collections from his debtors. That would be unthinkable in a business sense. But in politics, it seems, self-interest and infighting take precedence over the public good.

Gordhan says he has been engaging with SARS management and has met with them four times in recent weeks. He expects a solution “in the national interest” will soon be found and promises to let us know once the discussions have been concluded. But a sceptic might suggest his hope is forlorn . A bit like his urging of a “national obsession” on inclusive growth.

History keeps showing us that Homo Sapiens tend to promote their own interests above that of a collective.

At SARS, the incumbent has the support of a former family member by marriage, a deeply flawed President Jacob Zuma. In the economy at large, the highly paid skilled professionals who earn the big bucks do so because they deliver an out-sided contribution.

In today’s connected world these professionals are also highly mobile, are exposed globally and easily attracted to the geographies which offer them the best deal.

Much like talented artists or sportsmen who abandon their homelands for places where they are better appreciated, at some point the burden becomes too heavy.

The most productive sector of South African society has been lumbered with a lot more than a few straws in this Budget. In the PwC survey, global CEOs rated shortage of skills as the greatest impediment to their growth. International headhunters will be licking their lips at what they are are witnessing in SA today.