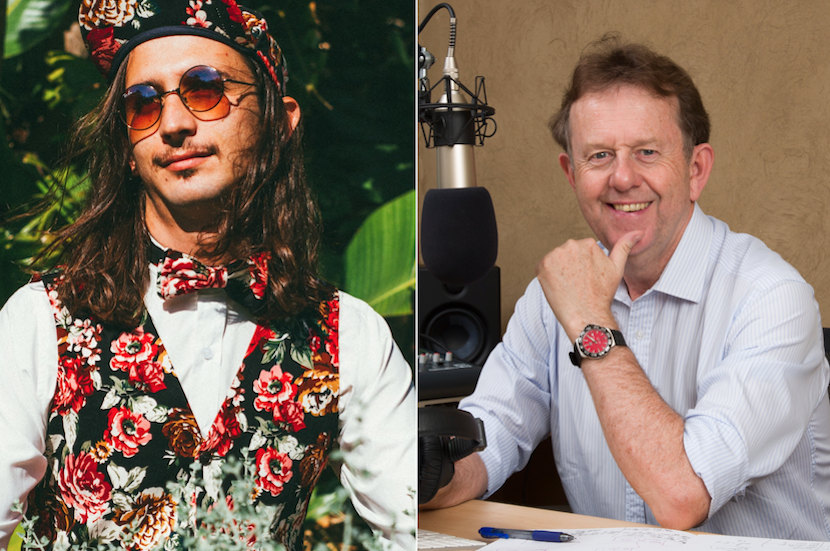 Our guest in this episode of The Alec Hogg Show is an extraordinarily talented and courageous young man whom the Scott family call David but the rest of South Africa knows as The Kiffness. His wildly popular musical parodies and satirical Youtube videos have attracted millions upon millions of viewers, turning the mild mannered musician into one of the most recognisable faces in the country. The one-time medical student’s art hasn’t been without risk, however, with occasional puffed up politicians taking sufficient umbrage, occasionally letting loose their social media attack dogs. But as you’ll hear in this deeply moving discussion with a 32 year old with wisdom well beyond his years, The Kiffness is unbowed. Because he figures that without freedom of expression, there’re no point in calling ourselves a democracy. 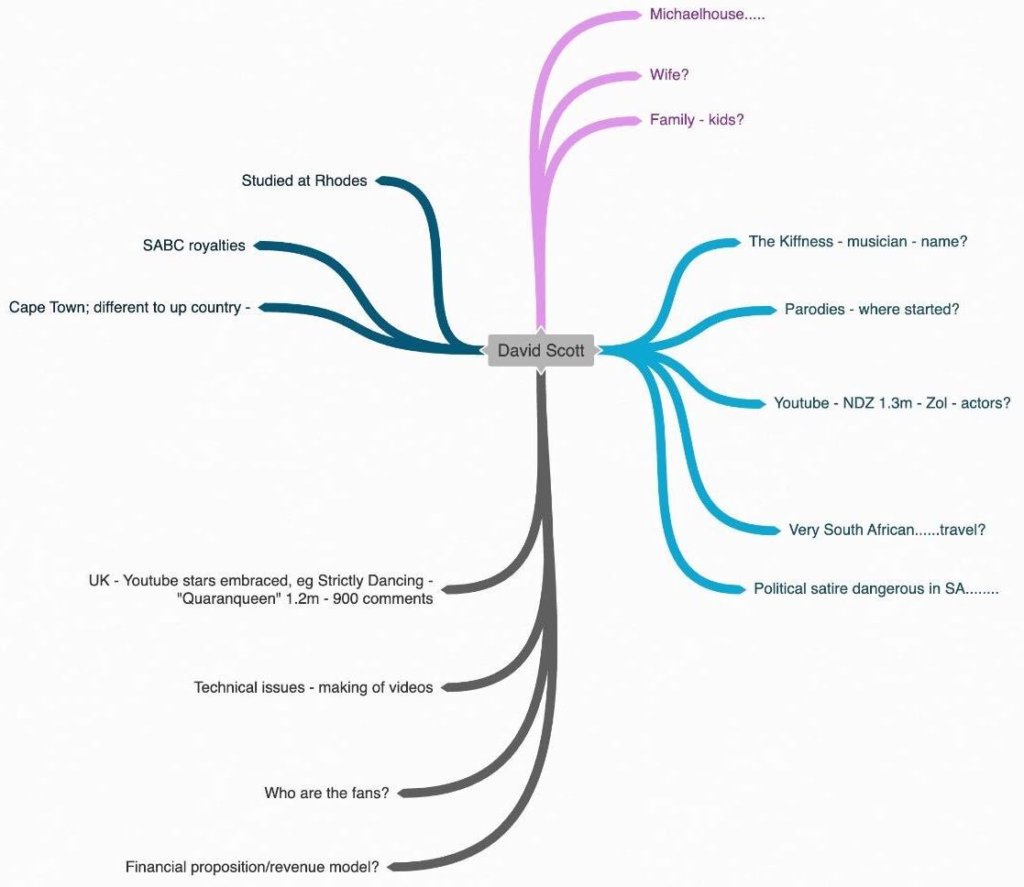 Listen to the full interview with The Kiffness:

David Scott – known to many South Africans as ‘The Kiffness’ – has enjoyed great popularity with many across the country, with his videos on YouTube garnering many views. Scott was educated at Michaelhouse, a prestigious private school in the KZN Midlands. ‘In terms of the natural beauty of the place and the ethos, I’m very lucky to have gone to such an incredible school.’

Following in the footsteps of his ENT (Ear, nose and throat specialist) father, Scott expressed an early interest in medicine. ‘I wanted to follow in my dad’s footsteps and become a doctor. I saw all the amazing work that he did. Curing people’s hearing (problems), taking out tonsils and just seeing how grateful his patients were really inspired me to want to become a doctor like my dad.’

Scott ended up at the University of the Witwatersrand, where he enrolled in medical school. After half a year however, he quickly realised that medicine was not for him. ‘I wanted to help people, but it was definitely not going to be in the medical profession. I couldn’t see myself slaving away for six years to get a doctorate and then more years after that to specialise. But full credit to doctors. What they do is unbelievable.’

David realised that he missed making music and that ‘creativity is an important part of who I am’. After the six months of medical school, the You Say You Love Me artist worked for his brother, an animator and cartoonist. ‘He took me under his wing and I learnt a little animation. I was synching audio with talking animals and that kind of thing. I was making music in my spare time.’

That’s when I realised creativity is an important part of who I am.

But it wasn’t until he went to Rhodes University to study journalism, that David started to turn his love for music into a stream of income. ‘That was kind of the next step into something that I thought could bring in a little bit of money – but I ended up with a BA in music and philosophy.’

While at Rhodes, David and his friend would frequent The Union, ‘the local watering hole’. ‘We used to enjoy going there but we thought the DJ played really bad music.’ We reckoned we could do a better job.’

They asked the owner if they could take a spin at the DJ booth. ‘We knew nothing about DJing, but he gave us the job. That was my first pay check, DJing at The Union. I got R150 for four hours and two beers. For us, that was amazing.’

Moonlighting as a DJ wasn’t his only musical job at the time, with David playing in jazz bands too. ‘We were playing functions for peanuts. But throughout Rhodes, just playing trumpet in the jazz band and the DJing was my way of getting drinking money.’

It had to be done 🤣🤣🤣 pic.twitter.com/8dBLr0ueHv

Things changed for David when he saw Goldfish play live for the first time in 2008. ‘I saw what they were doing – which was kind of combining jazz and house music – and doing this live electronic thing.’ That, says David, is when it set in: ‘That’s what I want to do.’

He got to meet the electronic music duo through his brother. “My brother does a lot of their music videos, so through that I got to meet Goldfish. They kind of taught me the ropes, of how to actually do live electronic music. By 2012, I was combining my trumpet with these beats I was making on my laptop and kind of making a name for myself.’

Opening for Goldfish is an experience that David describes as a ‘big step in the door.’ ‘Slowly but surely, my music got to a point where it was good enough to be on radio.’ 2013 brought his first successful single. ‘I did a song with Matthew Gold called Where are You Going, and that song kind of put us on the map.’

By 2012, I was combining my trumpet with these beats I was making on my laptop and kind of making a name for myself.

David says before the release of the popular single, booking gigs with promoters was rather tough. ‘Before then, we’d say to promoters this is what we do, please can you book us? They’d say they don’t know who we are.’

But where does ‘The Kiffness’ come from?’ Well, when David was thinking of a name, there were two prerequisites. He wanted something that was uniquely South African and a name that would be easy to find online. ‘Something that’s unique. So, The Kiffness was just a name that came to mind.

My brother’s email address is [email protected], and when I saw that I thought it was quite interesting.’ After trawling the internet, David couldn’t find anything with the name. ‘So I thought, well, this will work. It just felt right.’

This was a year ago. Still can’t believe @FatboySlim reposted my video 😦 https://t.co/F3xHi5aKNY