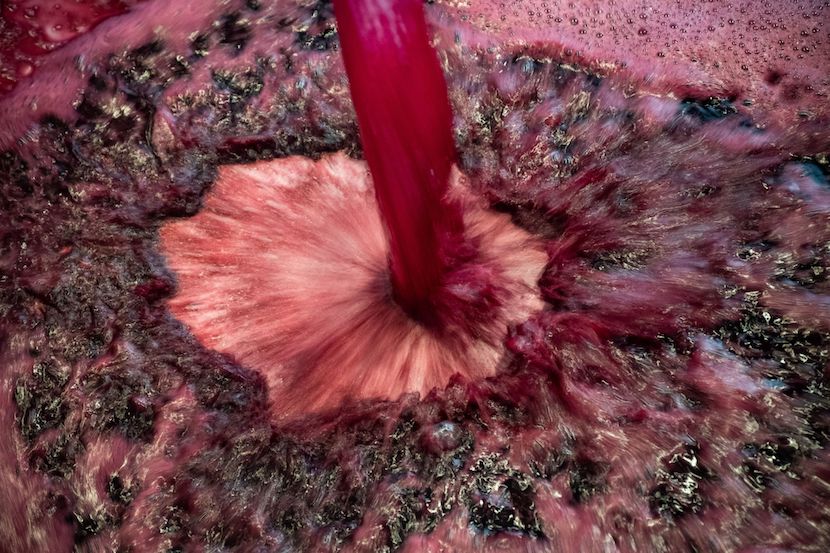 Karl Lambour is no stranger to the winelands. After studying viticulture – among other things – at Stellenbosch University, Lambour worked in a number of wine institutions before ending up at Tokara. He is the General Manager of what Carrie Adams describes as a “much-loved national treasure of the wine industry”. – Jarryd Neves

[He is] the General Manager of Tokara, which is a national treasure and a much-loved portion of my industry. Karl is no stranger to the winelands. He is not only a fantastic winemaker, manager, and businessman, but he’s also a friend. [He] started off his one journey at Stellenbosch University where he studied two degrees.

Karl Lambour on his background:

[I studied] forestry first. That was my first career. I was 10 years older than all of my classmates because I had a previous career. When I started studying wine in 1996, I was 10 years older. When I got out of varsity, I was able to walk into a slightly more senior position. I think maybe people were fooled into believing that age would bring along a little bit of extra knowledge.

The nice thing about studying when you are 10 years older is that you realise if you don’t study and you do well, it means that you actually like and you’ve chosen the right career. It was very easy to do winemaking because it just felt so natural. It took me a long time to get there. I read and studied around the subject. It just came naturally [and] it was really amazing. But working at the Bergkelder was outstanding. In the two years I was there, I worked with 30 different varieties and probably close to 25,000 tonnes of grapes. It’s immersive.

Karl Lambour on recognising greatness within the wine industry:

We need those jewels in the crown. We need people to identify greatness, whether it be small volumes or large volumes. They all bring credibility and notoriety to our industry and people start talking about us. Without those, we wouldn’t have the airspace for the rest of what we do in the wine industry. So I think from the Rustenberg (Peter Barlow) which is a tiny amount of exquisite wine, through to, for instance, our white label cabernet – our premium selection – which we must do close on 150,000 litres. They both come from the same region, but they both come with the gravitas that is necessary to make a statement on the big market.

Karl Lambour on his stint at Holden Manz:

I actually didn’t make wine there. It was like an interim. I spent about six months with Gerard and Migo and [they have a] great property. Like Thomas the Tank Engine, it’s the little property that can. It’s in such a beautiful part of the world. It was a short trip, but it was fantastic. It was a wonderful experience.

It’s a serious company culture and they want to have a cohesive unit. I think that’s what makes Tokara so special. We’ve got people that have been here from the very beginning. My previous winemaker was here for 17 years. We’ve had a lot of long-term commitment from people. I think that’s part of the success.

I just love the humility that all of you at Tokara come with. I have never been in the presence of you, GT – or anyone from Tokara for that matter – who has ever claimed any kudos for themselves. I love it. I think everybody needs to take a great, big leaf out of that book because there is no replacement for humility.

Karl Lambour on the Tokara sauvignon blanc which was crowned ‘best in the world’ in Brussels:

We were confident. That was planted in 2004, so exactly 10 years later – after the initial purchase of Tokara – so now we’re sitting at 17 years. The average age of our vineyards there must be between 15 and 17 years of age. The results have been spectacular. We’ve noticed all along how good they’ve been, until 2020 where we entered this incredible competition called Concours Mondial du Sauvignon – which is very big. They had 1,200 wines entered from 23 different countries.

It was the 2020 [that won]. It’s on the shelf at the moment. The retail price is about R160 a bottle. It’s spectacular [and] we are incredibly impressed with how the wine has done and how it’s been received. We approach it a little bit more seriously than most people would a sauvignon blanc.