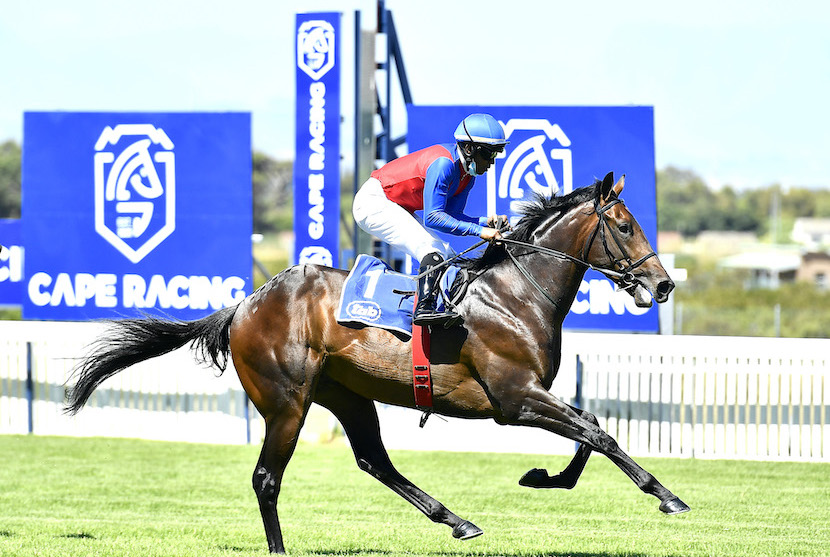 Public service announcement: SA’s racing darling, Kommetdieding, will bring some Kaapse gees to Turffontein on Saturday, 2 April 2022, when he joins a field of 12 for the 1,600 m Gr1 Wilgerbosdrift HF Oppenheimer Horse Chestnut Stakes.

In doing so, he is attempting, if not the impossible, then at least the very bloody difficult, because the accepted wisdom is that Cape horses don’t do very well on the Highveld. It can be done and it has been done, just not very often.

The good thing about horses and racing is that neither much cares for nonsense like accepted wisdom. To borrow from Neil Gaiman’s wonderful speech “Make Good Art”, people who know what they are doing know the rules, and know what is possible and impossible. People who do not yet know what they are doing, do not. And should not. The rules on what is possible and impossible are set by people who have not tested the bounds of the possible by going beyond them. But those not bogged down by such nonsense, can. “If you don’t know it’s impossible, it’s easier to do. And because nobody’s done it before, they haven’t made up rules to stop anyone doing it yet.”

I think it’s this ordinariness that makes him so extraordinarily appealing because Kommet has never finished out of the money in his entire career. From 10 starts, he has six wins (two at Gr1 level) and four places and has already joined the rarified company of Pocket Power and Igugu in winning the Durban July–Met double.

He’s just getting on and doing his job. It just so happens that the way he does things is that much better than anyone else. He never seems particularly stressed or stretched, yet there is no arrogance or bullishness about the way he does business. He seems almost oblivious as he sweeps past yet another fancy track star like they’re standing still, but well, what’s a horse supposed to do? Where you might ordinarily find reasons to dislike the horse that beats ‘your’ favourite, Kommet and his team are just so damn honest about it that you can’t.

And it’s worth a few words on that subject. Kommet is trained by the father-daughter team of one of racing’s treasures: Harold Crawford and his gorgeous daughter Michelle Rix. His distinctive Kaapse name is wonderfully appealing as is owner Ashwin Reynolds and his family who created a virtual stampede on the racecourse when their horse won the Met. Lastly, there’s jockey Gavin Lerena and his family who have put in so much heart from their side, even bringing their children to visit and deliver carrots and cuddles (resulting in some seriously media-friendly footage), making Kommet the poster child for how scary horses in full training aren’t. There is just a special magic about this horse.

So why tilt at windmills in Joburg?  Harold answers in his usual frank manner, “There’s nothing here in Cape Town, so we thought we’d take a chance.”

The altitude is always a talking point when horses travel from the Cape but Kommet arrived in Joburg and has been lodging at the Roy Magner yard since 1 March and appears to be thriving, with all the social media footage showing him to be a picture of health.

With the Horse Chestnut Stakes contested over 1,600 m, the other talking point is the trip. He has won over a mile but seems bred for the Met and July trips of over 2,000 m. And he’s a year older now. Won’t the 1,600 m be a little sharp for him? Harry says, “He seems to have acclimatised well. I think we can get away with it.”

In the greater scheme of things, Kommet has already done more than anyone could reasonably dream of, and win, lose or draw, Saturday’s result really won’t matter much. But they say the world seems brighter when you’ve just made something that wasn’t there before and Kommet is a little bit of magic for racing just when we need it most.