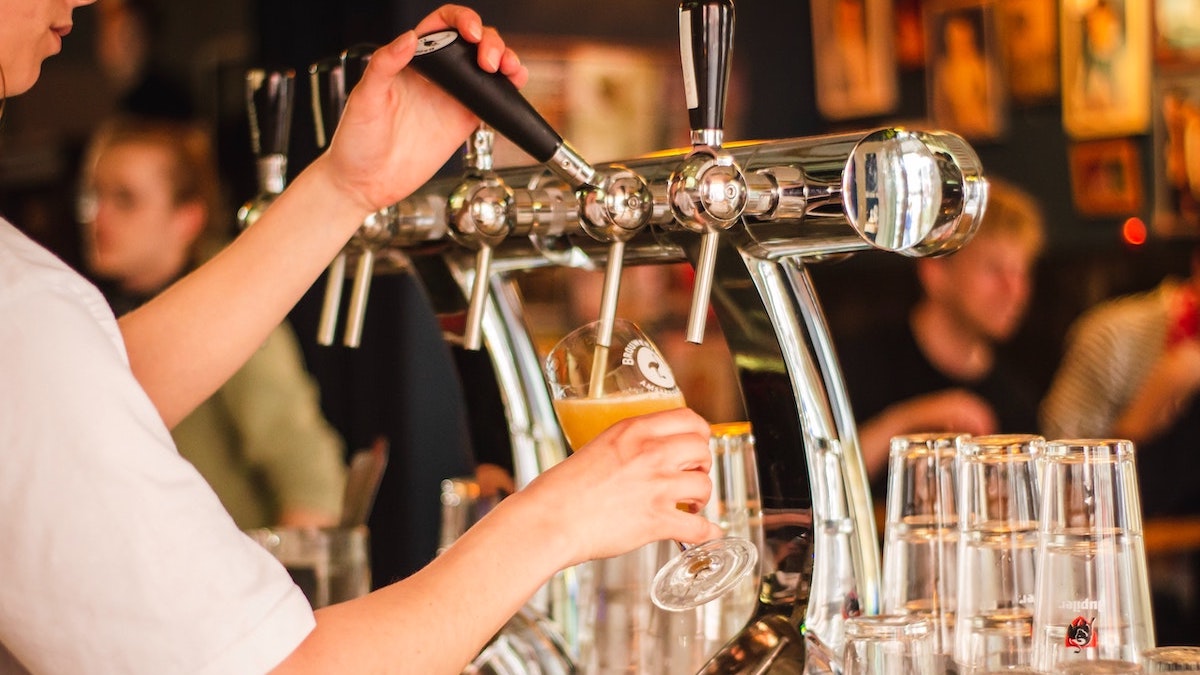 Can life get much worse as we huddle in the dark waiting for the power to go on again so we can cook supper, do homework, prepare for the next day? Obviously this is after having fought through the free-for-all at the non-functioning traffic lights and dodged the potholes to get home. And then to find the fridge defrosting and the garage doors refusing to co-operate. EISH! But it can get worse. Read Joe Kitchen below for a snapshot of the future. – Sandra Laurence

“That will be two hundred and fifty rand, please,” says the barman, taking a glass from the shelf.

“Two hundred and fifty rand? Are you out of your mind? Last time I was here, you charged me about thirty bucks.”

“Inflation,” the barman says. “Haven’t you heard? Besides, there’s a heavy tax on alcohol. Beer’s a luxury, you know.”

“They’ve raised the legal drinking age to forty,” the barman says. “New law. It was in the Government Gazette last week.”

“But I’m bloody well SIXTY years old! And you’ve known me all my life!” I complain bitterly, fishing around for my I.D. in my wallet as I take out three hundred-rand coins. Placing them all on the counter, I ask: “Why isn’t the TV working today? I was hoping to watch the rugby here. Is there loadshedding at the moment?”

“No, there’s no loadshedding, but we’ve received a letter from the government instructing us to switch off all unnecessary appliances during peak times. That includes swimming pool pumps, TVs, hairdryers, vibrators, electric kettles…”

“But I want to watch Japan beat North Korea!” I complain bitterly.

He plonks down a tall glass of beer in front of me. I taste it. It’s lukewarm.

I shrug disdainfully. “Well, at least you probably save a lot of money on electricity if you’re not using any of that equipment,” I say. I grimace as I try to force down the beer at room temperature.

“Not really. We actually pay MORE. Didn’t you know? The more stuff you switch off, the more you pay. If you don’t, you are contributing towards entrenched racial inequality. Why should only the poor, who don’t even HAVE TVs, pay for us who have the luxury of owning TVs, even if we don’t use them? It’s only fair.”

A glum silence descends on the bar. I look towards my right, and spot an old friend.

“Hi, Gary! How come you look so dejected? Were you also hoping to watch the game?”

Gary, who used to be all spick and span, the archetypal yuppie, is now dressed in rags. An old T-shirt full of holes. Broken Crocs on his feet instead of the usual sneakers.

“My online mail order business has gone bust,” Gary says sourly. “I am no longer allowed to use couriers for my deliveries. They are forcing me to send my products through the Post Office.”

“But the Post Office doesn’t exist anymore,” I say, aghast. “They’ve closed it down, haven’t they? The building was falling apart.”

“I have to drive to the only remaining branch, which is in Gqeberha,” says Gary. “That’s about eight hours’ travelling. But I’ve stopped doing that because my packages never reach their destination. Or if they do, it takes an average of about six months!”

“Gee whiz,” I shudder. “You must have spent a fortune on petrol!”

“Oh, that didn’t bother me so much, he says. “I have to pay for the petrol anyway, whether I fill up my tank or not.”

“Now, that’s the biggest rubbish I’ve ever heard,” I say. “Look, I rode to the pub today on my bicycle to save petrol. Do you mean…”

At that moment, two shadows fall over me and my beer. I look up and see two men in suits. They look strict.

“We are from SARS,” the one says. “I’m afraid we have to ask you to pay us the money you would have spent on petrol if you had driven your car here.”

“We worked it out. It’s only three thousand four hundred and two rand,” the other one says.

“Are you out of your mind!” I scream at them.

“By not filling up your car with petrol, you are depriving the government of essential taxes,” the first suit says. “We simply can’t allow that.”

“What the hell do you even NEED taxes for!” I scream at the top of my lungs.

“Without taxes, we can’t pay for our service delivery,” the second SARS man says calmly.

“What service delivery are you talking about? I noticed on the way here that not a SINGLE robot is working! And there are more potholes in the streets than ever before! You call that SERVICE DELIVERY?”

“Who needs robots and streets?” the first one says. “There are no cars around anymore. Everyone’s walking or riding their bicycles!”

“And I assume they are all probably still paying for the petrol they’re not using?”

“Serves them right,” the second suit says. “Why don’t they just stay at home and stare at their TVs?”

The first one reaches out his hand, picking up my beer, and starts gulping it down.

“NOW what the hell are you doing?!”

“Didn’t you know beer is bad for you? We have a duty as government officials to look after everyone’s health…”

As I open my mouth to shout an expletive at them, I open my eyes, and wake up in a cold sweat.

“Thank God, that was just a nightmare,” I shudder as I fumble for the bedside lamp switch in the dark, which doesn’t respond. “It’s still 2022, and loadshedding is still our main problem…”