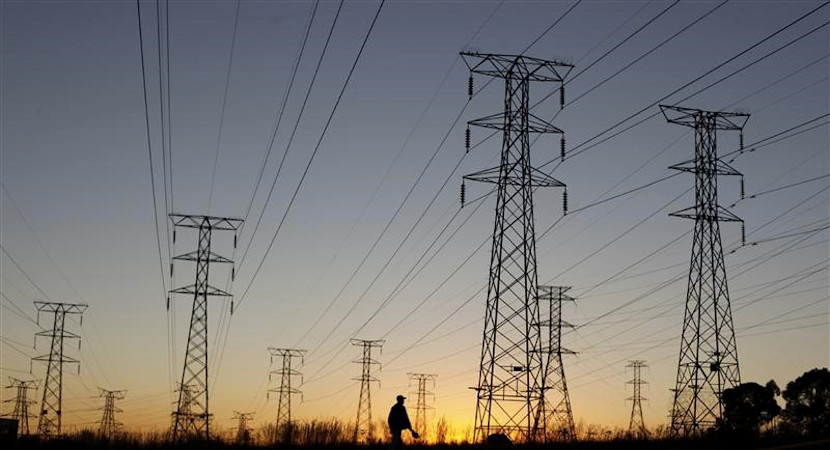 CAPE TOWN — I may well have missed it, but I’ve yet to see an independent, academic analysis of the potential benefits of Eskom’s unbundling. Until now. This piece, by two up-and-coming University of Cape Town energy researchers, finds some natural light at the end of the tunnel where many of us were convinced it was the headlight of an approaching train. It seems unbundling will free up Eskom to become more flexible and agile, opening up renewable energy and private enterprise engagement opportunities, for a start. The red flag still flutters ominously however; how long it will take this monolith to split into three as it bleeds time-critical money, using one credit card to pay off another? On an optimistic view, Eskom could eventually become a model for proper monitoring and evaluation (made easier by restructuring) and management of capital expenditure and income. This has been the historic bugbear via normative zero profitability due to corruption and it operating as a welfare utility, serving pals of the political elite and tens of millions of non-paying township dwellers. We also have the thorny issue of unions and trimming down the salary bill – something the authors warn requires transparency and a seriously inclusive approach. – Chris Bateman

By Catrina Godinho and Lauren Hermanus*

In his maiden budget speech, South Africa’s Finance Minister Tito Mboweni, confirmed the depth of the financial crisis at South Africa’s power utility Eskom. He also underscored the serious risks this poses to economic recovery in the country.

Mboweni allocated R23bn a year over the next three years to Eskom, to be extended over the next ten years if needed. Without this support – and additional measures to address the structural roots of operational and governance crises at the utility – the costs could be much higher.

The minister made clear that fiscal support would be provided with strict conditions. First off, a Chief Reorganisation Officer will be appointed by the ministers of finance and public enterprises. This person’s mandate will be to implement the recommendations of a recently appointed task team set up to advise government on resolving Eskom’s challenges.

Mboweni also confirmed that Eskom would be broken up. This follows President Cyril Ramaphosa’s announcement earlier this month that the power utility would be unbundled into 3 separate companies – generation, transmission and distribution. The first priority would be to establish an independent transmission company.

In addition Eskom’s turnaround plan will be formalised in a new shareholder compact with the Minister of Public Enterprises. This will include maintenance plans, technical improvements and management of the capital expenditure programme.

The interventions and reforms in the budget combine both short term interventions – such as the fiscal support – as well as the first steps to longer term structural reforms. The idea is to keep Eskom afloat while the sector transitions.

The route being mapped out is controversial. And government should listen to the vocal opposition from unions to unbundling as well as questions being raised about the appropriate role for the private sector.

It’s not enough to demonstrate how the proposed interventions might address the governance, operational and financial crisis at Eskom. Government will also have to show how its plans will protect the most vulnerable. And how its plans will deliver tangible benefits to all South Africans.

The only way this will be possible is through meaningful engagement with labour, municipalities and civil society. It will also need transparent planning and implementation.

Experience elsewhere shows that there are often considerable delays between announcing plans and implementation. South Africa is no exception. Previous plans to restructure Eskom got bogged down in lengthy policy and legislative processes.

But the new approach suggests there’s room for some optimism. Establishing an independent, state-owned transmission company within the current legislative framework is a pragmatic first step in a longer-term process. And working within the bounds of existing policy is prudent and could help catalyse the momentum to transform the sector.

The transmission company will be established as a subsidiary to Eskom Holdings and a board will be appointed by mid-2019. Following this the relevant assets, debts, personnel and licenses will be migrated to it. This will include Eskom’s substations and associated infrastructure, the national control centre, system operator assets and a group of Eskom’s power stations known as Peaker stations. These operate during peak periods or when the system is under duress and are essential for system balancing. Property rights, transmission licenses and supply agreements with existing clients, will also be transferred.

Separating the national transmission grid could lead to critical changes in the sector. In the short-term, it could provide some relief from the current crises, such as the recent power cuts. Critically, combining transmission with systems operation, power planning, procurement and buying functions could pave the way for contracting new power suppliers, at a lower cost, through competitive procurement processes.

Fast-tracking this procurement process may lead to an increase in generation capacity within the next two years. It would also diversify the risks of dependence on Eskom generation, which is facing a myriad of problems. These include the faulty and costly Medupi and Kusile mega plants.

A number of global trends are also likely to facilitate change. Countries are increasingly moving to renewable energy because it’s becoming cheaper to produce on the back of rapid technology developments. This places countries like South Africa in a much better position to move to new, cheaper and cleaner technologies, as well as to develop innovative distribution models. For example, municipalities might procure power directly from independent power producers, using the transmission grid to transport it. Or individual households might be able to switch to paying for back up electricity services to balance solar home generation.

A host of additional benefits are likely to flow from the unbundling of Eskom. For example, the power utilities operations should become much more transparent, which in turn will improve accountability. In its current form, Eskom’s sheer size and complexity gets in the way of making it accountable to its shareholder – the government – and South African citizens.

The changes should also translate into increased investment from the private sector, commercial banks and development partners. This matters because increased investment in the sector is critical for its long-term sustainability and growth. It’s also important because the state can’t go on diverting resources from other critical services to foot the bill for the outmoded giant. Reforms are about solving the problems of the past and stemming the flow of resources through the Eskom “seive”. Reforms are also about setting a path to a more sustainable power future for the country.