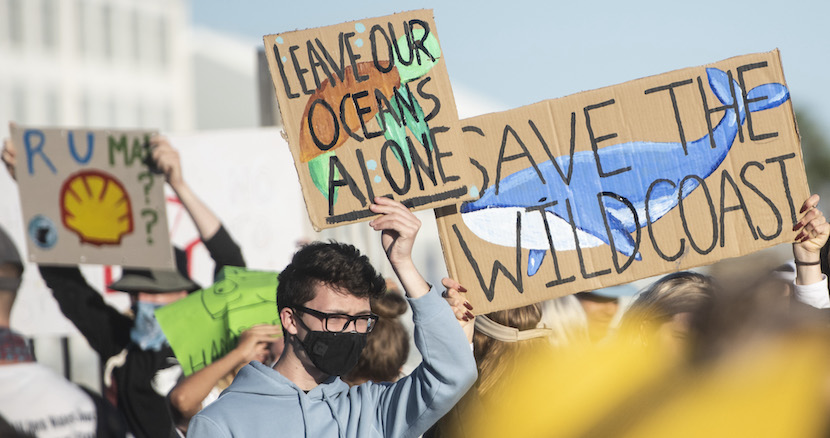 Here’s a convincing piece on just why environmental activist economic researchers – bent on arguing the case for leaving oil and gas in the ground – have it entirely backwards. Ivo Vegter takes on one such, Gillian Hamilton, providing the link to her views recently published in the Daily Maverick and forcefully taking them apart, point by point. A master of analogy, he debunks her ‘resource curse’ theory, saying avoiding exploration and subsequent extraction is like declining a lottery win because some winners end up bankrupt. What irks him about her argument is that she conveniently leaves out the impact of government economic policies and political ideology in using these resources wisely to stimulate economic growth. That the ANC would mess it up simply illustrates the point, he says, but they’ll probably be ousted in 2024, boosting hope that a replacement coalition would use any gas or oil finds to benefit the most people possible. Story courtesy of the Daily Friend. – Chris Bateman

Resource curse is not a law of nature

An eco-lobbyist argues that South Africa should prohibit efforts to discover and exploit its oil and gas resources, on the grounds that doing so could spark a ‘resource curse’. That’s like declining a lottery win because some winners end up bankrupt.

South Africa has long relied on its abundant mineral resources. It is also permitting exploration for oil and gas, both on- and offshore, and has been developing some of these resources for decades, particularly off Mossel Bay.

This irks Gillian Hamilton, an economic researcher with The Green Connection, an environmental activist group whose recent work has been dominated by lobbying against investment in, and for prohibition of, the oil and gas industry.

She took to the pages of Daily Maverick – which has become a major platform for radical environmentalists – arguing that South Africa should forgo oil and gas exploration because “the ‘resource curse’ means that the proceeds of such finds do not make their way into development that benefits the public good”.

Tell that to the United States, the United Kingdom, Australia, Canada, the United Arab Emirates, and Norway. Even the Netherlands, whose Dutch disease after the discovery of natural gas in the 1950s has been held up as an example of the supposed resource curse, isn’t exactly struggling.

The resource curse is not a single phenomenon. It is widely misunderstood, and frequently abused by environmentalists to lobby against any kind of extractive natural resource development.

The notion of a resource curse is intuitively simple. The term was coined in the early 1990s, but it was long predated by a similar idea, known by the much older term ‘banana republic’: a country largely dependent on one or few natural resources, with a corrupt government serving a wealthy political elite and neglecting the development needs of the broader population.

All of this, is, of course, a matter of public policy. The bananas weren’t at fault, and banana farming is not inherently bad for a country. Still, Hamilton seeks to blame oil and gas for her postulated resource curse.

The resource curse concept was empirically developed in an influential paper by the left-leaning economist Jeffrey Sachs and Andrew Warner of Harvard Institute for International Development. In 1995, they found that there was a negative correlation between a country’s resource abundance and its economic growth. There was a great deal of variation in the data, however, and by comparing the share of resource exports in GDP in 1971 with economic growth in the subsequent 18 years, it failed to establish consistent causal links, failed to consider the global economic distress of the 1970s and early 1980s, and failed to consider the typically socialist economic policies of developing countries during that period.

Although a new, abundant natural resource can lead to economic difficulties simply by causing a rise in the value of the currency, which makes other exports less competitive and imports cheaper the classic Dutch disease; the other elements of a resource curse – poor governance, corruption and inequality – are entirely matters of policy.

Research published in 2021 has cast much doubt on the validity of the concept of a resource curse, saying that there is a dissensus among economists on the subject, in theory, measure and research design.

A meta-analysis from 2016 also finds that no consensus answer has yet emerged, with approximately 40% of empirical papers finding a negative effect of resource richness on subsequent economic growth, 40% finding no effect, and 20% finding a positive effect. It also finds a lot of shortcomings in the existing research, from imprecise measurement of institutional quality, failing to control for investment activity, failing to distinguish between different types of natural resources, and not differentiating between resource abundance and resource dependence.

That South Africa would face a resource curse if abundant oil or gas were discovered is far from clear.

Its economy is already highly diversified and would not be dominated by such a resource. Although the ANC has a terrible track record for enriching politically connected elites, there is reason to believe its grip on government is weakening and will not survive the decade. This opens the door to improved governance, which would likely avoid the negative impacts of a new, abundant resource.

South Africa’s economy would also benefit directly, particularly from gas finds. It would enable the conversion of our gas turbine power stations from being run on expensive, dirty diesel, to cheaper, cleaner gas. It would be a boon to manufacturing, since it could cheaply fuel furnaces. It would even support the just transition Hamilton desires, by providing a low-emission and zero-pollution backup to intermittent renewable energy sources.

Of course, it is hard to take Hamilton’s analysis seriously when she liberally cites the lobby group she works for, and starts out with the bold and unsubstantiated claim that “seismic operations … pose a significant threat to coastal livelihoods”.

There have been dozens, or perhaps hundreds, of seismic surveys off the South African coast in the last decade or two, including off the Wild Coast and Garden Route, where they have not affected coastal livelihoods.

There is no evidence that single seismic surveys cause significant disturbance to marine ecosystems. The cumulative impact of multiple surveys spaced closely together can temporarily affect the habits of some fish species, but there are well-developed mitigation measures and proven ways for fisheries to work together with the oil and gas industry to minimise conflict.

Hamilton is proposing that the country leave a significant source of wealth in the ground, on the very speculative basis that this would somehow negatively affect the South African economy. There are no grounds for this belief.

The country won’t become more corrupt, or poorer, because of oil and gas finds. These factors are independent of natural resource development. And even if the oil and gas industry employs no locals, and repatriates all profits, the South African economy will benefit from access to a domestic source of oil and gas.

There is no scenario under which South Africa wouldn’t benefit that isn’t simply a matter of government policy.

It is true that some lottery winners are ill-equipped to handle large amounts of money and end up bankrupt after a big win. But you’d have to be very stupid to consider that a reason for rejecting those winnings in the first place.

The important thing is to ensure that our democratic and civil institutions, economic policies, and government policies are conducive to economic growth. They aren’t, of course, but that has nothing to do with oil and gas or any other mineral resources, and everything to do with political ideology.