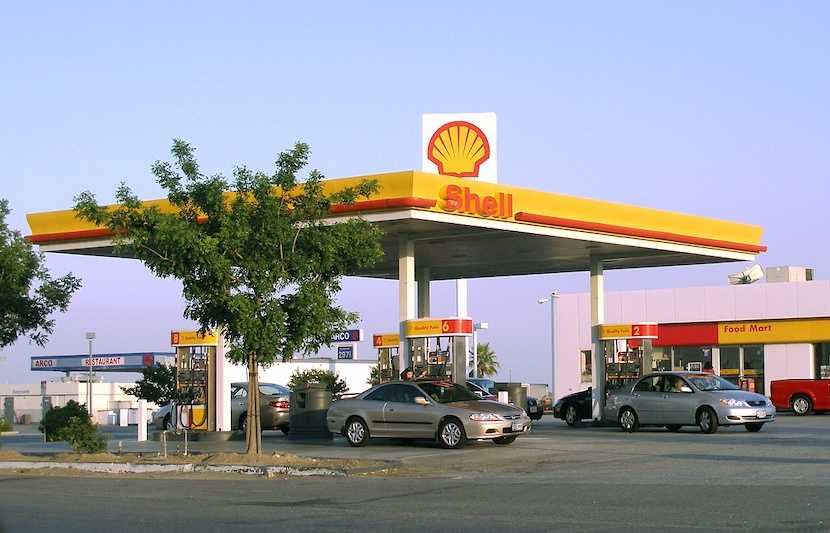 At the risk of being labelled ‘unwoke’ in this highly emotive groundswell of protest against Shell starting a five-month seismic survey off the Wild Coast in five days’ time, I wonder just how science-literate the protestors really are. Sixteen years of news reporting for the SA Medical Journal sharpened my index of suspicion when it comes to evidence-based journalism. I haven’t heard many directly appropriate expert voices in most mainstream media reports. What are the mitigation measures (bubble curtains to mask impact, gradually increasing intensity, constant precautionary sonar scanning)? And where is the verifiable evidence of damage, given that it’s been done worldwide for half a century? Outrage is fun – and very catchy. Read this before jumping on the bandwagon and then, by all means, do. The author, Ivo Vegter, is no slouch when it comes to environmental reporting, having penned Extreme Environment, a book on environmental exaggeration and how it harms emerging economies. This article was first published on the Daily Friend. – Chris Bateman

Panic over seismic surveys off the Wild Coast

The mainstream media is giving voice to a very belated campaign against a proposed seismic survey to be conducted well off the Eastern Cape coast. Like the activists, they’ve got their facts entirely wrong.

A new seismic survey is to be conducted off the continental shelf, at least 20km from the Eastern Cape coast between Morgan’s Bay and Port St. Johns, starting on 1 December. This has sparked a new wave of environmental panic in the media and on local chat groups. The survey will be conducted by Shearwater GeoService on behalf of Shell.

All due process has been observed, going back to 2013, so the chances of stopping it are nil. Yet a petition against the seismic survey has amassed 120 000 signatures from people who mistakenly believe that seismic surveying is catastrophically dangerous to marine life.

Daily Maverick ran an article which uncritically cites the unsupported claims made by activists, such as that it will kill fishing businesses. A Mail & Guardian article quotes ‘a scientist’, stating as fact that a ‘seismic survey on the Wild Coast will be destructive’.

The underlying motivation, of course, is opposition to oil and gas exploration in general, in pursuit of which environmental activists will use any excuse that sounds plausible. Both articles rely heavily on the claims of anti-oil activist organisation Oceans Not Oil, which started the petition.

That South Africa might desperately need new sources of energy, and new jobs in the oil and gas sector, does not matter to the wealthy elites who typically sign online petitions.

Both articles also contain speculative claims of potential harm to marine animals made by Kevin Cole, the principal natural scientist at the East London Museum. His knowledge of marine biology is unstated in his LinkedIn profile.

(In fact, he specialises in conservation biology, which is a so-called ‘crisis discipline’ that makes species conservation an end in itself, divorced from any human welfare or socio-economic considerations. I elaborate on the field of conservation biology about halfway down this column. It is a radical, nature-first ideology that reflexively opposes all human impact on the environment.)

East London swimmer Mark Roach made a campaign video that again cites Cole, as well as Oceans Not Oil. The Daily Maverick and Mail & Guardian articles, numerous other news articles, and Roach’s video all happened in four days, and quote largely the same people. Clearly, there’s a co-ordinated campaign going on, and the newspapers are perfectly okay with providing free advertising to the activists.

In Roach’s video, the intensity of seismic survey air guns is compared to nuclear explosions. The Mail & Guardian quotes Janet Solomon, of Oceans Not Oil, saying: ‘It’s like a spaceship taking off.’

The claim that the air guns emit sound at over 200dB is correct. However, neither Roach nor Solomon seem to be aware that underwater decibel levels don’t compare one-for-one to sound intensity in air. Seismic surveys also do not create supersonic shock waves, as explosions do.

Not that 200dB underwater is not loud, but a more accurate comparison might be the sound intensity near the speaker stack at a rock concert. All you’d have to do not to go deaf is move some distance away.

There are many other sounds in the ocean of comparable intensity. A blue whale song rates about 190dB. Close to a ship’s hull, sound intensity can reach 200dB. A whale breaching can reach 200dB. Sperm whale and bottlenose dolphin clicks are around 230dB. Lightning strikes on the sea surface, which occur very frequently during storms, can produce 250dB of noise. Underwater volcanoes or earthquakes produce even louder sounds. Seismic survey air guns producing over 200dB when you’re right under the air guns are not uniquely noisy.

What the video does not mention is the actual incidence of these harms. Cole doesn’t cite sources, using wishy-washy phrasing like ‘they have been known to’.

Lots of things could cause harm. If I sat right in front of a train horn, truck horn or ship’s horn, I would probably suffer permanent hearing loss, and perhaps a heart attack. If I survived, I would suffer extreme stress, and my behaviour would fairly rapidly change from chilling to running away.

To avoid this trauma, I would move well out of the way of oncoming trucks, trains or ships long before they reached me. Since sound attenuates with the square of the distance from the source, even keeping a moderate distance away from very loud sound sources can dramatically reduce the intensity of the sound.

The same happens in the ocean. Marine animals can hear the survey ship approaching from miles away, and simply move out of the way. Only animals that obstinately remained very close to the air gun array might suffer any of Cole’s speculative harms. The distance-squared rule also saves life on the sea floor that cannot scuttle out of the way.

Towards the end of the Daily Maverick article, one can read that seismic survey ships maintain an exclusion zone and suspend operations if large marine animals like whales or dolphins enter this zone. That Cole’s speculated harms might occur on any widespread scale is simply not plausible.

The video shows pictures of beached marine mammals, and cuts to a journalist by the name of Michael Louwe (who is entirely invisible to Google), who says: ‘There is no research that they can show us to prove that what they’re going to do with those air guns does not cause major devastation and damage.’

I’ll bet he hasn’t actually asked, because there certainly is research that shows that.

Four years ago, there was a similar panic along the Garden Route coast. Same story: marine animals were going to die, fisheries would be destroyed, and tourism would suffer.

I looked into it then, and found it was just hysteria. Here’s what I wrote at the time: ‘There is plenty of research on the impact of seismic surveys on marine life. The research findings … mostly find that the response of marine life to the air guns used in seismic surveys is limited to short-term avoidance action. Physical harm occurs only at very short range, and the studies find no evidence of significant long-term negative effects on fisheries or other marine life. Even a researcher for Greenpeace found no evidence of physical harm, and noted that the sound of an air gun is very similar to the sound of a whale breaching.’

The Mail & Guardian’s article, to its credit, cites Dr Simon Elwen, a zoologist at Stellenbosch University, saying: ‘A good few studies have shown behavioural impacts like changes in singing (frequency of sounds, how often they sing, loudness), multiple have shown behavioural changes like movement away from the sound source, but none to my knowledge have ever shown a clear link between seismic surveys and cetacean strandings (single, mass, whales or dolphins).’

Doesn’t sound very alarming, then. Still, Elwen thinks seismic surveys ought not to be done, because ‘we have renewables now’.

Perhaps he doesn’t know that seismic surveys are not limited to the oil and gas industry. They are used for numerous other purposes, including harbour and ship channel engineering, geological research, earthquake and tsunami preparedness, siting of undersea cables and pipelines, and… site selection for offshore renewable energy installations.

Roach’s video cuts to scenes of a beach picket, where a surfer dude harangues a small group of people, all of whom are healthy, wealthy and white. A follow-up article in the Daily Maverick, four days after its first article, and taking exactly the same activist line, also pictures this small protest.

The chance that any of them have ever read a paper on how seismic surveys work  seems slim.

‘I want my kids to be able to experience the Wild Coast one day,’ reads one evidently misinformed protester’s placard. As if seismic surveys, or the oil and gas production that might follow it, will destroy the Wild Coast.

Did the Garden Route get destroyed four years ago, when everyone freaked out about impending seismic surveying? Of course not. Nobody even noticed.

The protesters are not making rational arguments. They are emoting, because emoting is fashionable. They are being outraged, because it feels good to be outraged. They’re having fun in the sun.

According to Pam Ntaka, a spokesperson for Shell Downstream South Africa quoted in the Daily Maverick article, a full stakeholder consultation process was undertaken, an environmental management plan was published, and all legal approvals were obtained as long ago as 2013. Everything that’s about to happen is entirely above-board.

A panicked petition signed by outraged activists at this late stage is entirely pointless, but it doesn’t surprise me. What does surprise me is that the media so uncritically supports these activists against legitimate industry, when their claims are so obviously ignorant, false or wildly exaggerated, and so easily debunked.

When this seismic survey actually happens, nobody will notice, and everything will be fine.