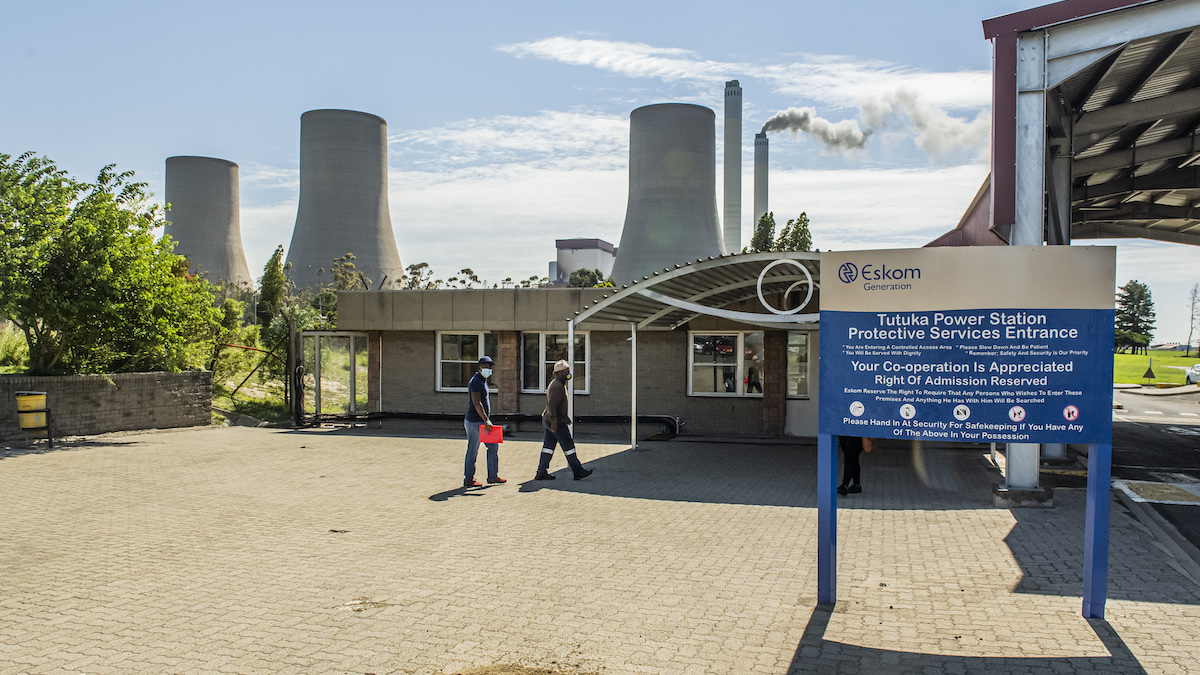 I don’t know what the worker complement is at the five-times sabotaged Tutuka Power Station near Standerton, but with 20 staff suspended and three arrested, I can only wonder how the CEO of a privately owned, similar-sized enterprise would respond. What do you do when you’ve got that many suspected rotten apples threatening your very existence? In this case, it’s all of our business because it contributes to rolling blackouts and diminished quality of life. Dysfunction and a lack of skills is one thing, but outright sabotage to enrich criminal networks or strengthen the hand of labour – or whatever other possible nefarious reason might exist – goes well beyond the pale of anything civilised. Wholesale theft of spare parts, diesel, cables, and stones deliberately tossed into coal crushers … we can only hope our courts send out an unequivocal message if anyone is convicted. This is not power to the people. An injury to one power station is an injury to all. Article republished courtesy of MyBroadband. – Chris Bateman

Eskom has confirmed suspected sabotage was behind delays in returning a unit to service at its Tutuka Power Station near Standerton this past week.

The utility said criminals cut a cable while personnel were in final preparations for returning Tutuka unit 5 to service following an outage.

Earlier on Thursday, News24 reported the cable in question was a warming valve cable that a saboteur had severed using a grinder. “The damage to the cable delayed the unit’s return to service by three days as it took some time to locate the fault,” Eskom said.

“Once discovered, the cable was repaired in a short space of time. The return to service of unit 5 was then resumed.” However, only a few hours later on the same day, the station detected an air pressure drop, and the same unit’s turbine systems, which consume control air for operation were de-energised.

“It was later discovered that the control air pipe supplying the turbine systems had been cut with a power tool and the entire bend removed.”

The air pipe was welded back on and the system charged with control air before being normalised. Eskom said the unit was expected to return to service on Thursday.

The utility believes these incidents were deliberate acts of sabotage by someone who had access to the site where only employees could be and who knew the security features in the area quite well. “Eskom has laid criminal charges with the South African Police Service, and its forensic team is assisting with the investigation,” the utility said.

This is the fifth incident of sabotage at Tutuka since March 2021. Eskom said it had reported all of the incidents to the police.

Earlier this week, the utility told MyBroadband it had suspended 20 workers from Tutuka for suspected theft and corruption. Three employees were also arrested.

In April 2022, Eskom CEO André de Ruyter revealed that the utility had to write off R1.3bn worth of spares at Tutuka because it could not track them down. Tutuka has a nameplate capacity of 3,654 MW, with each of its six units designed to produce up to 609 MW. However, the power station is Eskom’s worst-performing in its coal fleet, with an EAF of roughly 38%, well below the average of approximately 55%.

The power utility has implemented measures to improve security at all its power stations in general and Tutuka specifically, where additional security personnel and other security systems have been introduced.

These include 400 additional security personnel and the use of drones.

Eskom said while these measures had significantly improved security at Tutuka, including reducing cable theft incidents, incidents such as the latest showed there was an opportunity for further improvements to secure the facility and the supply of electricity.