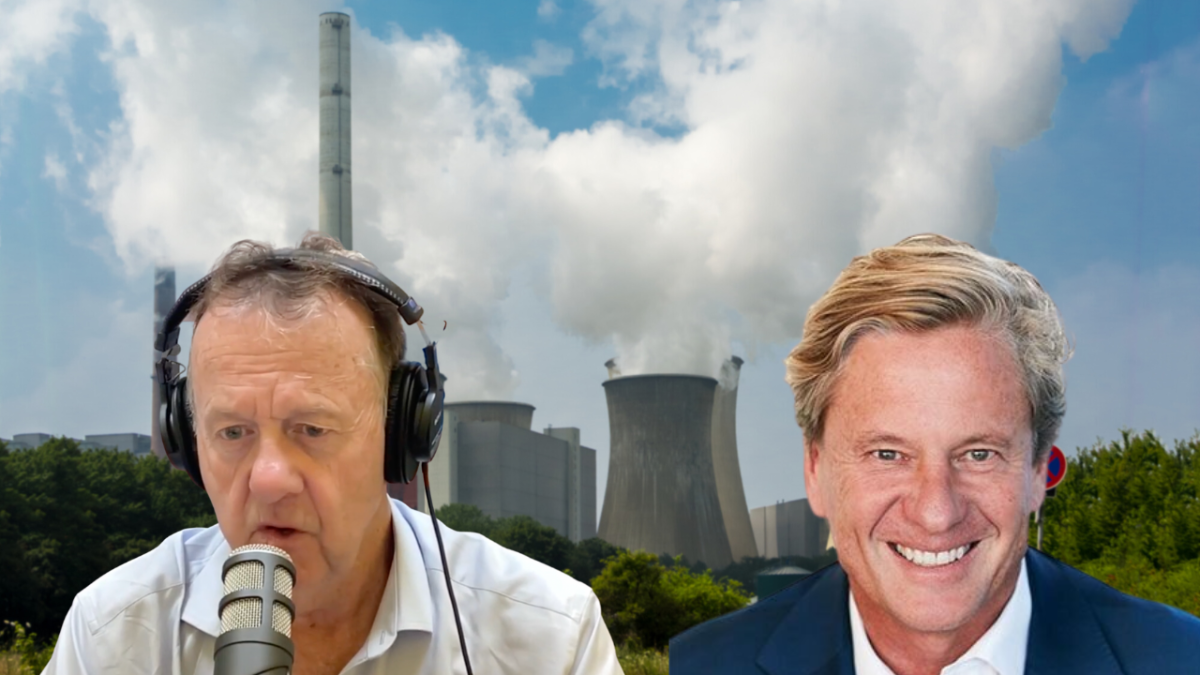 Rob Hersov has a habit of saying the unfashionable truths that others lack the courage to voice. He did so at BNC#2 and again at BNC#4 when calling out timid South African business leaders, unleashing a torrent after addressing politically-correct. Hersov has started the new year in a similar vein, standing ‘shoulder-to-shoulder’ with SA’s much criticised energy minister Gwede Mantashe, encouraging him to double down against the foreign promoted Green Agenda. He urges Mantashe and his boss, SA president Cyril Ramaphosa, to reject the hypocritical Western agenda that demands SA ignores its endowed fossil fuel assets while the EU’s imports of those same resources are up 400% in the past year. The way Hersov sees it, SA has been stopped by self-interested “Colonialists” from using massive shale and offshore gas reserves whose exploitation would transform the energy situation, directly create over a million new jobs and turbo-charge the economy. He spoke to Alec Hogg of BizNews.

Excerpts from the interview

Well, there’s loadshedding right now. Okay. People on the streets can’t afford petrol. I mean, people are losing their jobs, massive unemployment. How can these green activists be funded overseas? How dare they impose moratoriums and blocks on us? For our energy sovereignty. How dare they do that? We’ve got fossil fuel and we’ve got an almost infinite supply of gas offshore and onshore. And foreign funded green activists tell us we can’t take advantage of what’s under our feet.

Yes, I agree with him. We need not be embarrassed about our coal resources and we need to utilise them properly. We need to not be embarrassed about the enormous onshore and offshore gas. And we need to get moving and unlock that power. We can have energy independence in my lifetime and be exporters of energy again and Gwede’s right. Now, where he’s wrong is one he seems to be afraid of the international green agenda. And he needed Barbara Creecy and my buddy Enoch Gondogwana to stand shoulder to shoulder with him and say to the international community – stuff you, we’re South Africans, we’ve got the expertise. Private investors and the private market will step up and make this happen. And we’re going to do it. We’re going to produce domestic feedstock, domestic gas. You know, our refinery in Mossel Bay is mothballed because we can’t get domestic supply. And yet we have to do wind and solar, wind and solar. Fine. But they’re never going to give us the baseload we need so Gwede from that respect is right. Where he’s wrong is he’s a communist, because he wants the government to do everything, which means it’ll never happen or the money will be stolen, which is a failure. So the private sector, Gwede should stand up, be courageous. I’m shoulder to shoulder with him on this one, but let the private sector do it.

But gas is that solution. You know, gas is clean, abundant and domestically produced. It’s easy to access and done in a professional and environmentally friendly way. Canada, the US and other countries have been producing onshore gas for four decades. And, you know, it’s become very professional. They are environmentally friendly, they check the water tables. And I don’t know why we’re not doing it. There is a moratorium, by the way, which I expect to be lifted this month or next month. So, you know, the government dithers as usual. You know, we really need Gwede to get support from Enoch and say, Barbara, those three could push this through the ANC level, and I would applaud them if they got on with it to stop dithering and stop being afraid. And then capital is available, expertise is available. This will happen very, very quickly. And lots of jobs. This is the big thing. Take just the central crew. You know, Beaufort West itself. If you do gas to power just in the Beaufort West area and offer free power in perpetuity to all Beaufort West residents, I mean, it’ll be a boom town. Beaufort West will become a boom town.

On the possibilities that gas to power brings to SA

There are a million jobs waiting. Waiting if you let open the floodgates, allow the private sector to go in. If the government only creates the framework for investment, you’ll have international and local capital pouring in and African capital. I know a couple of Nigerian friends who are keeping a very close eye on what’s happening here on onshore gas. They want to invest so there’s tons of capital and it could happen very, very quickly. And I mean, you know, you should buy High Street homes in Beaufort West because it’ll be the biggest boom town in the world very quickly. And jobs aplenty. This will solve a lot of problems.

The greenies, funded overseas, were the big obstacle. Now, you know, Gwede stood up and we need Barbara Creasy and Enoch Gondogwana who, I think, is delivering a report to the Treasury at the end of January, to stand up and say this is what we’re doing and get private sectors to stand shoulder to shoulder with it. You know, I’m happy to stand up and there are a lot of others who will, too. And let’s just tell the international funders of the greenie activists to stuff off. We want to stand on our own two feet as South Africans and we’ve got the ability to do so. We want energy independence and not reliance on their minerals. We can do it.

On the signposts for South Africans to watch for

The moratorium needs to be lifted. I think it’s going to happen. In January, our finance minister is going to make a presentation on this to the Treasury at the end of January. So the next 30 to 45 days are crucial. And let’s lift open the floodgates. Let’s go. Let’s be energy independent.

The main attack on gas is because it has been purposefully linked to internationally linked benchmark prices (which the Ukraine war has increased drastically) -however domestically produced gas and oil shields South Africa from the international squabbles that have nothing to do with us. Domestically produced gas can be legislated to be based on a production cost-plus model as the feedstock into our power generation/refinery process.

Most interesting of all comes out of ESKOM’s latest report (attached) showing actual cost per mwh for each type of technology– power gen from domestically produced gas is estimated to be around R700 per mwh… 3 times cheaper than renewables while being dispatchable 24/7.

We need to reject the Carbon Hypocrisy and Imperialism of the developed world (EU). How can they on the one hand say we need to live off intermittent renewables only, while they have increased their consumption of SA thermal coal by over 400pct?

Even with the ANC looting and breaking the economy, South Africa is still the most industrialised country on the continent and produces as much electricity as the rest of Africa combined… us South Africans should be proud of this.

And yet the foreign funded media campaigns target our energy sovereignty, which should anger every single South African…. these foreign interest groups want us to adopt an unproven intermittent technology that we must import using debt taken from them, and yet the ANC seem to fear their vague threats of carbon apartheid…

Well then, I say: bring on carbon apartheid! We have all we need beneath our feet, and the best cure for our massive unemployment and base load energy deficit, which is to develop our God-given natural gas and oil resources.

The people of South Africa deserve energy dignity – and we don’t have to rely on handouts or imports… and the private sector has the financial strength and operating expertise to deliver what we need.

Energy poverty can be a thing of the past within my lifetime… think about that… and South Africa quickly becoming a net exporter of energy like the Middle East.