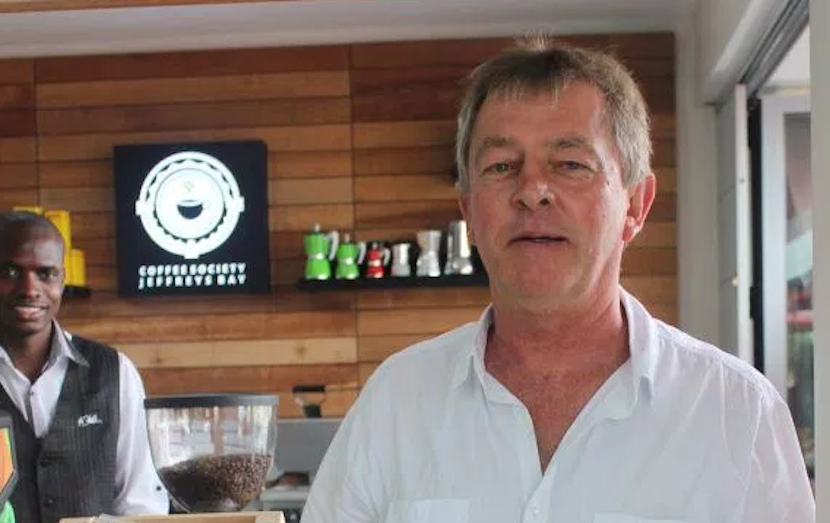 Lifestyle may seem a major proponent when moving a business from a major hub like Johannesburg to a small coastal city like Jeffrey’s Bay. But when entrepreneur Fritz Walter made the move it was all about strategy. Having arrived in South Africa with two suitcases Fritz has created an international umbrella manufacturer which has been in existence for 25 years. The move brings him closer to his suppliers and closer to the international market through the harbours nearby. It’s a fantastic entrepreneurial growth story. – Stuart Lowman

A major player in international umbrella manufacture, Woodline Shade Solutions has relocated to the Eastern Cape where it is currently constructing a new purpose-built, modern factory.

And the factory location is just outside the popular and renowned surfing town of Jeffreys Bay where entrepreneur, Fritz Walter has already invested more than R30 million. “Relocating our headquarters and manufacturing to the Eastern Cape of South Africa is not only a strategic move that makes good business sense,” says Walter, who is also Woodline’s founder, “but the move will also bring further opportunities to an area incredibly rich in natural resources, and skilled labour.”

Walter reveals that he now plans to make Woodline the best ‘Shade solutions’ manufacturer in the world.

Woodline has joined forces with, Commercial Marine, which has 5 South African branches and one in Namibia that supplies quality stainless steel products and fittings.

And at the modern and upmarket Jeffreys Bay branch of Commercial Marine Walter has added a new dimension by offering refreshments provided by the popular InFood Coffee Society in Jeffreys Bay. There is a delightful new kiosk that opened at the end of October providing artisan coffee and pastries for Commercial Marine’s clientele.

“Commercial Marine is undergoing somewhat of a transformation,” says Walter.  “It is experiencing huge growth in its product offerings and embracing outdoor living as a whole while still keeping true to its foundation of marine products.

“We are excited to bring these two dynamic businesses together and seeing where they can benefit one another.”

Commercial Marine, has been operating in the Eastern Cape and elsewhere since 1989. The group has recently undergone a rebirth since its recent acquisition by Walter. This major importer of stainless steel products for the marine and commercial fishing industry is now branching out to offer other outdoor products.

“Working with Woodline is proving to be a formidable partnership that fits hand in hand with our new approach,” says Richard Venter, Commercial Marine’s GM. “We are committed to our loyal customer base and believe this new partnership will provide offerings exactly what customers are looking for, whether it be commercial fishing, fishing tackle, boating, or pure outdoor living offering a great retail experience.

Asked about the reason for his purchase of Commercial Marine group of companies, Walter said that having been in the ocean and fishing industry in Alaska and with his passion for the marine environment he decided to buy the group –“a perfect match!”

He says the group has been supporting Catch and Release workshops and has recently renewed the company brand  with a new logo and with the slogan ‘discover outdoors’. Many new products have been sourced – designed particularly for the marine environment which also applies to the daily life style along the coast.

In addition, with a keen interest for protecting the environment, the offices as well as the factories are off the grid and supply their own water and electricity. There is a water harvesting program, that with careful consideration for power saving, uses natural lighting and solar security light plus renewable energy in the new factory’s construction for the sourcing of timber from FSC certified forests and timber mills for its wooden products.

“A healthy environment is essential for a prosperous future, which is why we do it responsibly where it counts in everything we do,” Walter says.

He states that although poor investment has restrained the Kouga’s economic development, he hopes to help change this when his world class parasol factory in Jeffrey’s Bay comes on stream at the end of 2015. “From our new factory we plan to offer exceptional service to match our outstanding quality. And the investment is certainly an asset to the Kouga region as Woodline has the potential to employ 210 staff and currently has 80 employees.

“It will be a great advantage having two International harbours and an International airport to service our customers around the world right on our doorstep.”

With more than 25 years of shade manufacturing since it was established in 1990, Woodline has gone from strength to strength to be the dominant shade supplier in Africa as well as producing parasols for a host of international customers, Walter says.

Also specifically on the subject of his huge factory at Smith Town near Kabeljous, Walter says. “Consolidating our operations to one site is something I’ve wanted to do for many years.  Moving Woodline to its new home is exciting and rewarding.”

“Transplanting Woodline’s wood works plant from White River and its stainless steel, steel, aluminum and assembly plants, plus its cutting and sewing and printing operations from Johannesburg to a tranquil sea side town of Jeffreys Bay is a large undertaking.  Woodline brings invaluable expertise and offers employment opportunities and expert training which will benefit the local community significantly.”

Apart from the factory, Walter has other properties in Jbay, including property in the vicinity of Fountains Mall – 20 590 sq/m for future development for a lifestyle centre and office, plus a retail outlet and offices on Da Gama Road..

“It is enriching to be able to show our commitment to the community in this way and invest so much into the area,” says Walter.  “With vast areas of land to expand their operation and plans to provide a vegetable garden to support their staff, Woodline reinforces its dedication to the community and the fact that it is here to stay.”

And for this highly successful businessman the sky is the only limit. He arrived in South Africa with only two suitcases, he says, and through sheer hard work, he built an empire.

He does not only help himself, however. He believes in assisting others to rise to greater heights as well.

He continually strives to empower and uplift his staff.

Employees of the CM group have been encouraged to show their best potential and have experienced healthy increases and promotions. 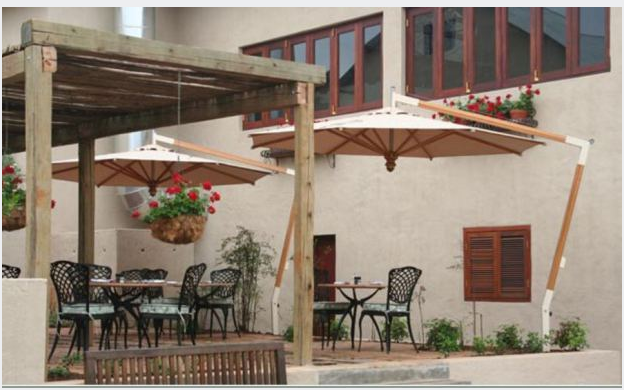 One success story is that of Obed Modisha, now a factory manager at Woodline, but who used to be a petrol attendant. Walter brought him through the ranks up to managerial level in the wood working plant and has also engaged him in traveling with him overseas and meeting with the company’s biggest overseas clients.

Another example is that of Lester, a floor sales person in the Commercial Marine Jbay branch when Walter bought it. Lester has now been promoted to branch manager.