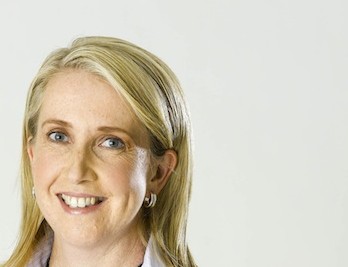 ETF veteran Helena Conradie recently moved into the CEO’s office at Satrix after spending 14 years mostly as the chief investment officer at South Africa’s passive fund pioneer. Much has changed during that time, with Satrix now attracting ever growing investment flows. But Conradie doesn’t believe in an all-or-nothing approach, arguing that there is also a place for actively managed portfolios. – AH

ALEC HOGG:  This ETF special podcast is brought to you by Satrix and we do indeed, have the Chief Executive of Satrix, Helena Conradie, with us on the line from Cape Town.  Helena, moving across from being Chief Investment Officer to CEO of Satrix: I suppose it tells us something about the way it has grown.

HELENA CONRADIE:  Yes, definitely.  Over the years, we’ve been involved.  I’ve personally been involved in Satrix for about 14 years.  Obviously starting with managing some of the funds but if, you believe in something it is easy to take over the business role as well.  You know where you want to go and there’s a great team behind it all.

ALEC HOGG:  And being first to market as well, on the ETF space for Satrix.  It is almost the generic word now.  Often when I talk to people in presentations I say to them, not to buy ETF’s but go and buy some Satrix and they know exactly what you’re talking about.

HELENA CONRADIE:  Yes, I must say we are very fortunate with the brand.  Obviously, it took years of brand building but the brand is very strong and we are very happy that it’s sort of yes you say it in the same word as ETF index funds passive that Satrix is mentioned and we are even more motivated to build this brand, to be stronger.

ALEC HOGG:  What’s the shareholding now, of Satrix itself?

HELENA CONRADIE:  Yes, Sanlam is 100 percent shareholder, so we got impatient; we wanted it all, so Sanlam took over.  I think it says a lot about the underwriting of passive in total that Sanlam took 100 percent stake in a passive provider.

ALEC HOGG:  But it is also an interesting indication that in the old days active managers had the market to themselves.  Sanlam, of course has a huge interest still there in SIM.  How do you guys sit next to the or how do you engage with the people from SIM?

HELENA CONRADIE:  Well, we’ve always believed that and I think we’ve been one of the first to say that the active vs passive investments debate has really matured.  We sound a little bit like a broken record but there is a place for both and we illustrate it, in practice, by literally having a passive and an active offering as part of Sanlam in one house.  For us it is more how to combine the two in your portfolio, rather than to waste time on the debate itself.

ALEC HOGG:  You’ve noticed now, being first to market, no doubt the mushrooming of other ETFs coming into the environment.  How’s that affected Satrix?

HELENA CONRADIE:  Well, I think, in a way positively as well because there’s more voices, and actually people that support the passive story.   We have a long way to go.  We’re not close to where the U.S. and the U.K. and Europe are, in terms of passive support.  First of all, we need to all stand together before we fight about the pieces of the pie but yes, it also brings in a renewed energy into the group because we want to earn that market.  We are not going to give any market share away and it has strengthened our focus.

ALEC HOGG:  Because you have seen some very, interesting additions.  Some innovations in the ETF space, which I suppose when one looks at Satrix now, having been there for a while and you’ve got DIVI, FINI, INDI, and of course you have Satrix 40.  Are you finding that people might be looking at splitting their portfolios, whereas, in the past they might have just bought the Satrix 40?

HELENA CONRADIE:  Yes, I think there are two main developments.  First of all in the golden opportunist passive, not only focused on ETFs, is you see the unit trusts being much more of a play.  Now, that’s because financial advisers on the list platforms you really have access to the unit trust.  So, see that as the same exposure that you get.  You buy the market or you buy a specific smart beta product, through unit trusts or the ETFs.  That, to me, is one development.  The second one is really smart beta, and that is where you move from just having all share and vanilla-type index products to a more focused, strategic type of smart beta, like Development Plus, Momentum, where you buy specific strategies, obviously in a much more systematic way, rule driven.  But you have a little bit more active, so that is where, probably, we can say the lines get a bit blurred, on active and passive as well.

ALEC HOGG:  Are you looking to move into that field too or more aggressively in the field?

HELENA CONRADIE:  We have been, yes; we already have unit trusts, and ETFs and we have smart beta products as well, so we have the Development Plus that we classify or categorise as a smart beta product.  We have Momentum; even in our balance fund, we have a call equity portion that is a combination of three different smart beta funds, so yes, we’ve moved into that segment of the market.

ALEC HOGG:  It is interesting that the retail investors are now starting to discover ETFs but what about institutions are they making it more of their overall strategy.

HELENA CONRADIE:  Yes, I must say the last six months I have seen activity in the institution space that definitely indicates the tipping points.  Where the penny has really dropped in terms of the cost and also the combination, where people say combines the two, so if you can bring your total expenditure ratio down, with an index fund, then you can add the active managers and really focus on more specific than out performance strategies.  So institutional investors, definitely much more interested than say even a year ago.

ALEC HOGG:  And is it across the board?  Are there any big names that haven’t really bit yet?

HELENA CONRADIE:  It is across the board but, yes, the degree of enthusiasm may differ a little bit still but, yes, we are doing some work there.

ALEC HOGG:  Where would we be if you were to take South Africa’s development in the ETF space to where say, the Pioneer, the United States is?

HELENA CONRADIE:  Five to ten years behind, in terms of really momentum in the market.  I would say that where the U.S. market is really maturing, although still huge growth we are only starting to see the benefit.  I’ve been in this business now for 14 years and for the first time it is the investors knocking on the door, and not us just going out and trying to sell the product.  Definitely, there has been awareness over this last couple of years that I haven’t seen before.  But we are still behind the U.S. by at least five years.

ALEC HOGG:  That’s interesting, if you go back to when you first started at Satrix, as you say 14 years ago.  How were you perceived when you went into a room with investment analysts?  Clearly, there was certainly, at that time, a fear factor, a concern that the passives were going to take over part of the active pie, which of course you’ve done.

HELENA CONRADIE:  I don’t think there was any fear at that stage because we were just not important in anyone’s lives.  It was really a belief that this can add value that kept me in this business but at that stage, no, I don’t even think we were a threat at all.  People saw this as a black box, as boring and that it is much more interesting to go into the active world, so we were no threat at that stage.

ALEC HOGG:  And when did it start becoming perceived as a threat?

HELENA CONRADIE:  I would say about, with ETFs, in the retail market, people probably didn’t understand passive and active really but they understood the cost factor very well.  Although the whole move, might be driven by cost.  What has also been a very, important factor is performance, so what you see more and more, even with the introduction of smart beta, is that you don’t buy something cheap and get cheap performance as well.  There is not really any performance compromise with some of these funds.  That has been a huge development as well.

ALEC HOGG:  Helena, ahead of the Berkshire Hathaway AGM in May this year, Warren Buffett told a reporter that when he dies the money that he’s leaving to Astrid, his wife, is going to go into Van Guard, into an ETF.  Did that have any…clearly; it had a big impact in the United States.  They had $1bn that went into ETFs the next day, or bid on more than normal.  Did it have any impact here that people are saying ‘wow, if it is good enough for Buffett’s wife then it could be good enough for me’.

HELENA CONRADIE:  Well, I think that is not the first quote that really supports from him, specifically that support the whole move to index fund.  He has always been a proponent of if someone…if you’re not an expert in picking managers or picking funds, then it is best for you, if you want exposure to the market then you just buy a low-cost index fund, so I think that is nothing new for him.  This is not a shock to the rest of the world but that just illustrates that, yes, you have brilliant active managers, to pick them and to pick them consistently and that is where the challenge is and that is why we believe in both.  There are good active managers out there but to pick them consistently that’s the challenge and that, I think is where Warren Buffett supports, “Listen, if you are not an expert in picking managers, just stick to the index and at least you will get an equity return.”

ALEC HOGG:  So if you believe in picking both or you believe both active and passive, what percentage do you feel then of the retail investors should go into a Satrix fund, and how much then should they keep for active?

HELENA CONRADIE:  Yes, that is always a difficult question.  I think it is very much specific to that investor, so what does his start off portfolio look like and Charles Andes always refers to investment counselling, and I think that is where the investment counselling part really comes in, where you look at the specific investor.  In the U.S., some of these pension funds have 70 percent in passive.  We are just dipping our toes into the passive world and I think if you start with 10/20/30 percent then that’s great.  Then over time, you can have a look because to go and look at past performance, it is not going to be useful or very prudent, rather look at what is the investors specific, requirements.

ALEC HOGG:  Helena Conradie is the CEO of Satrix and this special podcast was brought to you by Satrix.

There may be small errors in this transcript