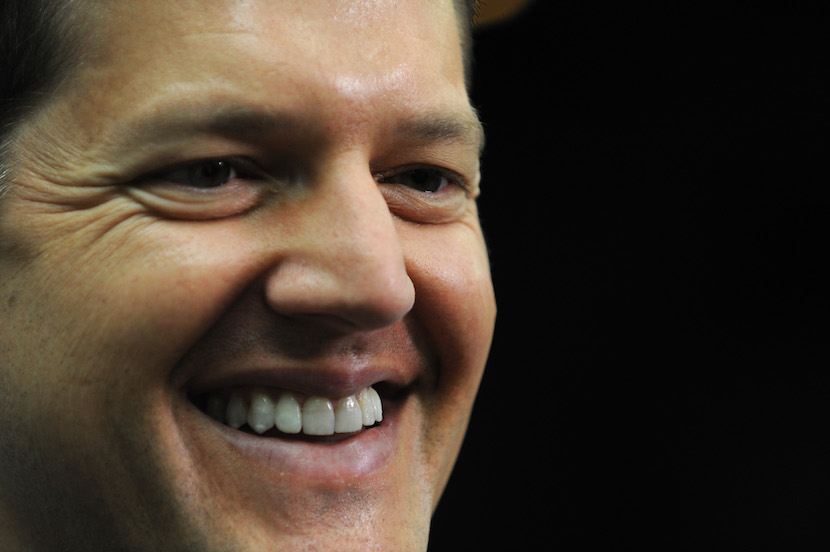 South Africans punch well above their weight around the world, especially in Silicon Valley. Today the Tenth Province gained another flag bearer after the elevation of 43 year old Roelof Botha to one of the biggest jobs in the tech world. He has been promoted to one of three stewards of Sequoia Capital, whose winning early bets in Apple, Google and numerous others have made it the most famous venture capital firm in the tech heartland.

Botha carries the same name as his father, one of South Africa’s top economists and long-time advisors to PWC, and his grandfather, former SA Foreign Minister “Pik”. He is a member of the storied “PayPal mafia” having served as chief financial officer at the company co-founded by Elon Musk and Peter Thiel. Like Musk, Botha was born in Pretoria. He graduated with the highest ever marks scored in the University of Cape Town’s actuarial science exams and, at 25, became the youngest ever actuary in South African history.

He relocated to California in 1998 to attend Stanford Business School where he was the valedictorian of his MBA class, before joining PayPal in 2000.

Sequoia’s most recent jackpot came via a $60m bet on WhatsApp which generated a 58-fold return of $3.5bn for investors. It was the only venture capital firm invested in the revolutionary communications business which was bought by Facebook for $22bn in 2014.

Botha is personally credited with the firm’s investments in huge success stories Instagram, YouTube and Square. He joined Sequoia in January 2003 after Paypal was sold and has spent the last ten years as co-leader of the firm’s core US business alongside now 51 year old Jim Goetz, who did the WhatsApp deal.

Goetz wrote to the firm’s investors yesterday (see below) telling them of his decision to step down. His responsibilities as one the three stewards of the firm has been passed on to Botha who will serve alongside Doug Leone (who took over from founder Don Valentine) and Neil Shen (who looks after the Chinese investment).

Disruption is at the heart of our business. It’s what creates opportunities for Sequoia entrepreneurs, and it’s what helps them produce extraordinary returns for our L.P.s. Ironically, it’s also the force that many venture capital firms resist, often contributing to their own decline.

Sequoia is the exception.

Over the past 45 years, starting with Don Valentine, Sequoia has embraced change as much within our partnership as outside it. That willingness to renew and reinvent — often by empowering the less experienced among us — has been the foundation of our success. I am deeply indebted to Doug and Sir Michael for the trust they placed in me, first as a Sequoia-backed entrepreneur, later as co-lead of the venture business, and more recently as a Sequoia Steward. Implicit in that arc is an obligation to pay it forward to the next generation. That time has come.

During the coming week, I plan to step aside from my leadership responsibilities. I do so with great confidence in this next generation of leaders. They represent a gifted cohort who bleed Sequoia, and their fresh ideas will spur the next wave of reinvention. More to come on these well-deserved changes from Doug.

To ensure a smooth transition and encourage change, I am going to decamp from the Menlo office for a few months. I will remain a GP in existing funds and continue to represent Sequoia on boards. When I return, I intend to sponsor new investments but I plan to reduce my workload, so that I can start saying “yes” to some of the other aspects of my life that have been on hold over the past twenty years.