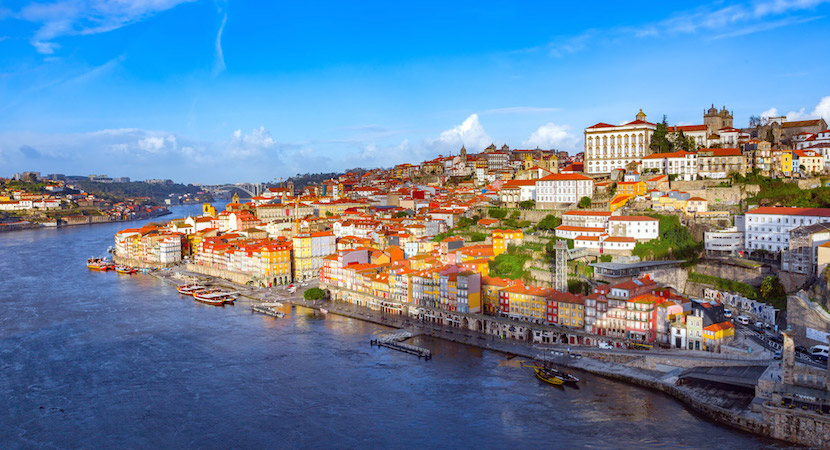 *Sable International has teams based in Cape Town and Portugal that specialises in helping South Africans and their families secure EU residency (and eventually full EU citizenship) through the Portuguese government’s innovative Golden Residence Permit Programme.

The Golden Resident Permit Programme has been a consistently popular residency by investment programme over the last five years. It gives non-EU citizens Portuguese residency rights if they make an investment of €500,000 in Portuguese property. The programme extends to the families of applicants and in just six years participants can be eligible for full Portuguese and EU citizenship.

However, due to its popularity, particularly for applicants buying property into Lisbon, there have been some serious delays in the initial granting of residency. These delays are a direct result of the programme, and Lisbon’s popularity. However, there is another Portuguese city that boasts many of the advantages of Lisbon, but where you’ll be subject to faster processing times and all the same great benefits of taking part in the GRPP.

The problem with Lisbon: It’s a bit of a victim of its own success

Lisbon is a world-class destination. One of the oldest cities in Europe and one of the continent’s most vibrant, investors have been flocking to the capital city and snapping up property in the CBD for years now. As such, the immigration office in Lisbon has been swamped with applications from around the world for several years.

As is always the case, with great volumes comes an increasing chance of delays and frustrations. These have recently been exasperated by the slew of renewal applications from current participants in the GRPP. Because of this, many people who are interested in investing in Portugal’s GRPP are looking further afield. We suggest they look very closely at Portugal’s second largest city: Porto.

What you didn’t know about Porto

As mentioned, Porto is simply less frenetic than Lisbon right now, but that’s not all this beautiful city has going for it. First off, the property prices are far more reasonable than those found in Lisbon. Much of Porto has been favourably compared to Lisbon’s Chaido district ten years ago; a district that has seen property prices sky rocket.

Currently Porto property prices are around 30- 40 % less than in the capital and the rental yields are higher. This is astonishing if you consider what you get when you invest in Porto: Blue flag beaches, world-class infrastructure and a storied culture that goes back hundreds of years. The value you get when investing in Porto alone is enough to get any offshore property investor interested, but the port city has more to offer.

Nestled on the Douro river, Porto has miles and miles of bank-side property that boast amazing views of the waterways. The architecture, much like Lisbon, is typically baroque and well preserved. The centre of the city, the Ribeira is a UNESCO world heritage site and so you can be sure there won’t be any modernist urban renewal projects rolling into town to devalue your purchase any time in the future.

Alright, so why hasn’t everyone been buying in Porto?

The more suspicious of you may well be asking: “If it’s so great, why is it not as heavily invested in as Lisbon?”. It’s a fair question, but the answer is quite simple.

Prior to 2012 the city of Porto had some very archaic and counter-productive rental laws. This legislation has since been overturned and property owners in the nation’s second city are now beginning to see some really impressive rental yields, as alluded to above.

When you combine these higher yields with the beneficial tax regime the government has in place for foreign investors who are taking part in the GRPP, this magical port city begins to look seriously attractive. In addition to the foreign interest, the local government is spearheading over 1000 redevelopment projects and there are new coffee shops, restaurants and areas of interest all over the city and its outlying suburbs.

Read also: How South Africans can apply for a second passport

A participant in the GRPP can own as many properties as they like, so long as those properties’ combined values breach the €500,000 threshold. This means you can buy two or three properties and use a combination of those to rent out on short-term, medium-term or long-term tenants. That way you can take advantage of the stability of tenants who stays for years while also tapping into lucrative short-term markets like those facilitated by Airbnb and the like.

Home to some of the country’s best food and drink, the city is also the birth place of Port. The city has a long history of cooperation with the UK (due to, in no small part, the exporting of Port from its harbour!). This makes it easier for an English-speaking person to move to Portugal as you won’t be treated as a complete outsider. In fact, Portugal itself is the only European country that has never been at war with the British Empire and those close ties continue to this day.

It’s time to get moving

Whilst we still believe in Lisbon, the market has moved a lot and Porto is now gaining momentum with its regeneration. There will be good capital growth opportunities provided the right investment is made. This, in combination with the fact that it’s just quicker to jump through the immigration hoops in Porto, means that Porto is looking really good right now.

If you’re serious about taking part in the GRPP, try move away from the madding crowd of Lisbon and find a sound investment elsewhere. That way you’ll make your seeking of EU residency and eventually citizenship much easier.

*For more information on the GRPP contact our Golden Visa team on [email protected] or visit this page, fill in the form and one of our experts will get back to you.