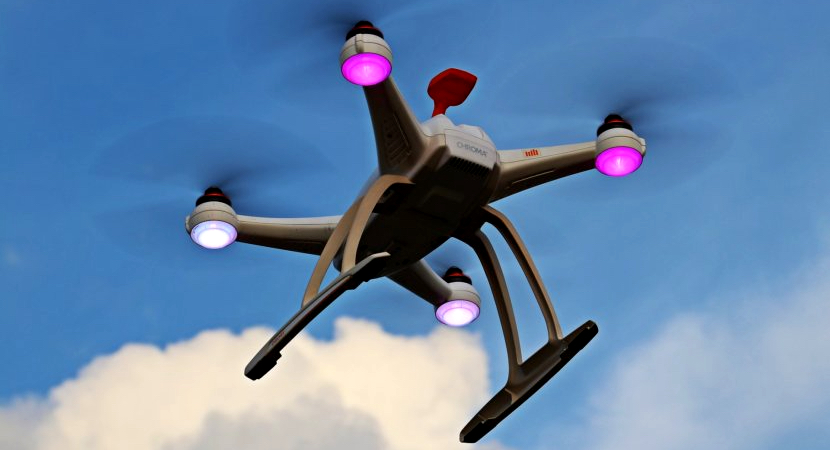 LONDON — Our intrepid diarist jetted east for New Year’s with his lovely new Californian wife (I’ve met her, she truly is), but even though half way across the world he never strayed from Brexit-obsessed Blighty. This week’s diary records, inter alia, an astonishingly inept response to the Gatwick drone, the looming horror of chef censorship and how News24 got taken for a fake news ride by five men, two women and a laptop (dispassionate observers, not). – Alec Hogg

At the turnoff to the Pacific Coast Highway from the 405 near Laguna Beach, there’s a hill celebrating the nativity in objects and figures of light – stars, wise men, Joseph and Mary and Jesus. At least the nativity here is central to the consumerism of Christmas – in London its just consumerism, rampantly so, and for that you can thank the effete cucks at the Church of England and their complicity in the gradual weakening of spiritual leadership across Christian Europe.

In October last year, the surrender monkeys at the European Court of Justice (ECJ) declared that calling the prophet Muhammed a pedophile could no longer be considered ‘free speech’. Apparently this slur is recorded in something called the ‘Hadith’. on the basis of the ECJ conclusion, I assume we can get this bloody libellous thing banned?

We were spared the indignity of departing from Gatwick airport, which in the week before Christmas showcased some truly sensational, uniquely British health and safety ineptitude. Apparently the Sussex police stationed at the airport, upon responding to the panic of drone activity, arrived with silver blankets, cups of tea, candles and quite possibly photos of John and Yoko in bed together.

The Sussex Police also employ a man called Peter Allan. Peter is in charge of something called ‘hate crimes’ and last year bravely confronted the supermarket chain Tesco for failing to include men in the tampon section of the store, demanding that ‘feminine hygiene’ be replaced with ‘personal hygiene’. Later that summer he responded, in the manner of a specialised hostage interception or tactical counter-terror unit, to allegations children were calling each other names in a park.

This breathtaking uselessness broadcast to the world was, I suspect, a result of Gatwick being infected by a place called Brighton, a caliphate of sorts for eco-terrorists, 38 minutes south and home to the Dorothy Stringer School, where 40 children aged between 11 and 16 do not recognise their birth sex, and another 36 claim gender fluidity.

So in the spirit of Sussex Police I have revised events located within Graham Greene’s ‘Brighton Rock’ so as to be more ‘inclusive’: the gangster Pinkie Brown is about to stab Fred Hale under the pier with a kebab knife, but then stops, addresses Fred politely in Congolese Lingala and explains that he will return to murder him once he has visited the gender neutral bathrooms to deposit a tampon up his bottom. Fred, gesticulating wildly, responds in Farsi that he’s just remembered it’s Friday, and he would like to go to Mosque – the same one featured on the logo of the Brighton and Hove Council where earlier he had signed up for benefits. Suspicions that someone has been offended livens up Brighton’s sergeant, who boasts a fearsome conviction record, particularly against sadistic parents who do not seek their baby’s permission before changing diapers.

Bell Pottinger goes to the beach.

In News24’s enthusiasm to shame and humiliate Clifton’s white residents (who, at this point in the year, include a substantial number of foreign visitors), they inadvertently blasted a stream of fake news effluent across the world, to Orange County, where a syndicated report arrived on a local news site illustrating a racial crisis so severe that it prompted the involvement of something called the ‘Black People’s National Crisis Committee’, documented in a way which made it appear Tutu-esque, but is actually the furthest thing from. If News24 had bothered to explore the presence of it, they would have discovered that it is just another name for that Gupta-sponsored militia, Black First Land First, as the Daily Maverick’s Richard Poplak describes them, seven men, two women – and a laptop.

As Britain wound 2018 down, a menacing quango called Public Health England (PHE) unleashed an anti-calorie manifesto that, if enacted, would swiftly eviscerate every single restaurant I know and love in London, destroy thousands of jobs and turn dining into a miserable, intemperate exercise. Allied to this terror is the peripheral surfeit, the excessive remuneration packages that PHE executives are afforded, in particular the CEO, who was paid over £196,000 last year, basically just for being a ponce.

I tried to explain these fanatics to a Californian democrat but we got interrupted, and just as well, because I would have had to tell him that these people can’t exist without the support of the government, in this case, a Conservative government. And that would have been embarrassing to the point of despair. Happy 2019!