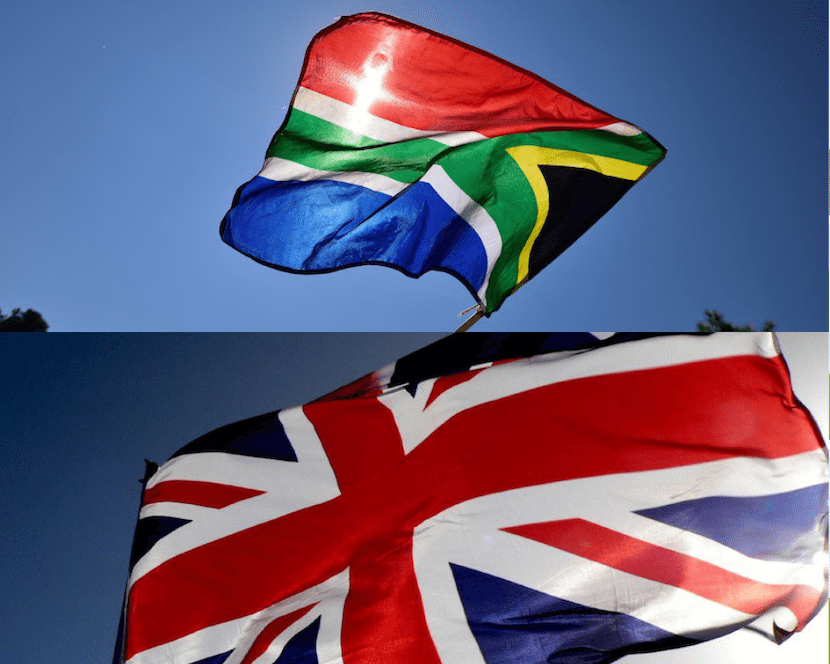 CAPE TOWN — This is one columnist who is highly adept at delivering a savagely satirical blow with one hand while admiringly patting his victim on the back for smart play with the other. Witness the Western Cape wine farmers referred to in this column. Their smart legal and tactical response to an incipient land invasion by supporters of the Black First, Land First pre-election, showed serious nous. SLR, in Douglas Adams-like science-fiction-fashion, satirically relates how they might have also delivered a follow up neutralising counter blow to the BFLF at the hustings. Talking of Brexit, I’ve just had lunch with two very sussed, retired medical professors where the subject came up. The one, a wily veteran of politics in medicine and academia, related how a British psychiatrist colleague posits that the shift to insularity reflects a deep societal nostalgia for the colonial days when Britannia ruled the waves. Identity politics. We know this phenomenon all too well in South Africa, where building a common future sometimes seems almost out of our reach. – Chris Bateman

No, it wasn’t surprising to witness the Conservative Party being routed and it was even less surprising to listen to Prime Minister Theresa May interpret the loss of over 1,300 council seats in last week’s election as an instruction to “get on with Brexit”. As it is in South Africa, it is in Britain: an aloof governing class drawing unnecessary attention to themselves on social media platforms – an electorate despairing at the poor quality of representation. Next.

Social media during elections is only useful for distinguishing the bad from the appalling.

If a candidate spends too much time trying to be funny and fails, or has ever used poor or elementary language, including the most basic of spelling errors, or has been photographed making stupid gang signs with their fingers (and been stupid enough to post photos documenting such), or has engaged in the dog-piling of an innocent party without even attempting to pursue facts, or spoken out their bottom in the manner of a self-appointed authority on subjects of social justice or the environment (with the exclusive objective of elevating their own popularity), or has been brazenly disingenuous for the same purpose, the likelihood of them being involved in sleaze – or having to grovel for an act of poor judgment at some point – is extremely high.

So politicians should not be issued with Twitter accounts until they have completed mandatory psycho-analytical testing, for the same reason that magicians do not distribute crystal meth at children’s parties.

This is the former Chancellor of the Exchequer and current editor of the London Evening Standard, Gideon George Osborne, speaking in London:

This is Gideon George being characteristically slippery but partially correct: there is no doubt that certain groups have been emboldened to articulate discriminatory and prejudicial nonsense. But the idea that Donald Trump, Jeremy Corbyn, Matteo Salvini and Viktor Orban appeared from obscurity, or have co-conspired mass brainwashing with big tech is simply not true. Far from being opportunists or imposters, they are just a consequence.

Exactly one decade ago, The Daily Telegraph erupted with a story that is one of the main reasons why moderation is almost at this point of humiliation. In an explosive series of investigations and requests for information, the Telegraph documented politicians cheating on their expense claims. Later that week, then Shadow Secretary for Work and State Pensions Theresa May announced on television “things have gone wrong here”. Even though I was a young peasant living in Johannesburg at the time with a tenuous grasp of English politics, I thought Theresa’s response was absolute rubbish.

In summary, 1,114 MP credit card suspensions occurred between May 2015 and September 2018. Cards are only suspended after 2 formal warnings.

With 40% of the votes in South Africa’s General Election counted, Jimmy Manyi’s “African Transformation Movement” or “ATM” has collected nearly 25,000 votes. Which is splendid, because I was beginning to worry that there’d be an absence of buffoons in Parliament – given that Hlaudi is unlikely to fill an average train with his African Content Movement voters.

Before I forget: during the course of yesterday, a number of privileged white aliens descended from their wine farms in space and infiltrated queues at voting stations across the country, where they patronisingly instructed citizens not to vote for Black First Land First, uttered a few racist remarks, stole some food, broke some wind (that smelled like dispossession gas) then eventually buggered off. This is exactly why BLF did so badly.