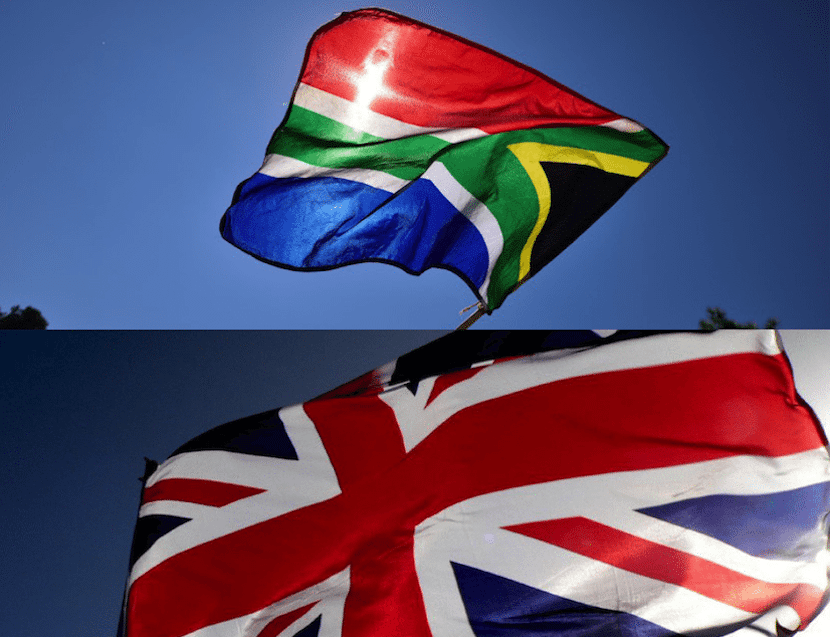 There’s something for everybody in Simon Lincoln Reader’s satirical columns, sometimes so well-written that I’m sure his detractors can’t wait to scour every paragraph to feed their fetishes. What floats my boat, which I normally skipper without nausea and a modicum of self-knowledge, is his penchant for insulting his unknowing English audiences with the most vile, Xhosa phrases. Brings to mind a rustic uncle of mine, a close likeness in manner and worldview to African adventurer, Kingsley Holgate. He owns and runs a low-impact game ranch on the banks of the Tugela River in deep rural KwaZulu-Natal, accessible only by four-by-four vehicle. At customary pre-supper drinks around a roaring fire I watched him lead two groups of public secondary school English pupils in a Zulu chant. One group chanted “Abelungu” the other “Goddam!!” Loosely translated as “Damn… the whites.” They enthusiastically belted this out as the Zulu staff and my uncle fell about laughing, nobody questioning the meaning, but all revelling in the ‘cultural’ experience. I’m sure Simon’s smug audience was too busy enjoying hearing of the travails of their once-proud colony to question his cute verbal cultural colouring. He bursts their balloons below by comparing South African public officials with equally abhorrent English ones. – Chris Bateman

I used to get asked a lot to explain South Africa’s (perceived) chaos. Ordinarily the inquisition involved a semicircle of shiny/pudding-faced smirking Englishmen, imbibing the information in the style of watching a dog wearing a cone-shaped party hat performing tricks.

So in 2017 I started including sweary remarks about the assembled smugs’ incestuous lineage, in Xhosa, something they found delightfully colonial, exotic.

But I don’t need to do it anymore, because on the issue of officials performing poorly then being rewarded – South Africa and England are near exact.

Take the recent Director of Public Prosecutions here. Her name is Alison Saunders. Alison’s performance easily compares to South Africa’s Busisiwe Mkhwebane (that’s the professional analysis at least – Busisiwe the lawyer – I’m not sure how Alison would compare to Busisiwe the criminal). Even by the insipid honours committee’s standards, Alison was too much a shocker, thus ignored. However her attempts to destroy the lives of innocent young men falsely accused of rape didn’t impede magic circle law firm Linklaters from appointing her to their dispute division on a £210k salary.

Then there is Bob Posner, CEO of the Electoral Commission. Now if you’ll forgive me for getting right to the point: Bob should have had no business in public life – ever – and would have been considerably less offensive in the role of muse for a cartoonist, the late MAD perhaps. Thanks to Bob and a procession of biased, inept jobsworths, the Electoral Commission is a national embarrassment, not fit for purpose. By comparison South Africa’s Independent Electoral Commission looks angelic.

The culture of appointing people to positions for reasons outside of merit is now firmly extended beyond government. Today I have learned of the second city institution to have appointed, as director, someone who has no experience in business, let alone in the business of the institution itself (finance), but is qualified in things called “gender justice” and “transformation”. “I am here,” she is reported to have declared at her announcement, “to bring this company into the 21st century”.

Comments like these are increasingly frequent, as though these people have been afforded an exclusive glimpse into the future, returned on their time traveling unicorns or psychic cats to tell us that we won’t survive unless we submit to their instructions. And whilst its awfully charitable of them – thanks etc – these pre-determined conclusions are just weapons-grade crap, something we know has never yielded positive results, only resentment – not least from deserving black people in a country like South Africa whose talent is drowned out in the hype of “inclusivity”.

I’m pleased to tell you that I have never, ever fancied a British female MP. I have, however, not fancied a whole lot of them – and none greater than the positively mental Green Party MP Caroline Lucas (says a lot about the state of a country’s politics when a bunch of environmental lunatics are considered “centrists”).

Caroline jumped the shark over the weekend. She wrote letters to female MPs from different parties inviting them to form “a government of national unity” – an idea so feminist and woke that if you listened carefully at the time, you could hear the ghost of Ike Turner spasm up.

Except – EXCEPT – it wasn’t. Where, for example, were the lesbians? Or the transgenders, or the WOC (women of colour) – or the WOC on mobility scooters? When evaluated on today’s scale of political correctness, what was apparently progressive is actually racist, privileged, so Caroline, the mad cow, is now having to cancel the invitation, which may as well have been delivered to recipients in the hands of Zwarte Piet or better, the mouths of recently clubbed baby seals.

One thing I learned about sailing is that if you’re prone to seasickness, it’s just probably not a good idea to do it.

The 16-year-old Swedish climate activist Greta Thunberg departed Plymouth yesterday on a virtually carbon free voyage to New York. She has not trained, and boasts no prior experience of those heavy Atlantic rollers – from where vastly more experienced seafarers have been airlifted at death’s door. But concerns for Greta’s safety and general well being, even outside this unnecessary madness, are always vituperatively dismissed – its her message, we are told, that matters – so bugger the autistic kid with a documented eating disorder being brazenly abused by ambitious parents and other opportunistic insurgents – YOU’RE the problem.

This has happened in a week where Goldsmith’s University in London has banned the sale of meat on its campus, and has arranged a week of Communist activities from the 17th August – activities which appear nothing but thinly disguised blood libels against Israel.

Next week I’ll be in America too, hoping to gauge the temperament as the 2020 elections edge closer. Sadly I don’t have two weeks to travel by boat – you see, being a capitalist, climate change-denying fascist, I have to start interviewing prospective staff back in London during the first week of September. But I’m thrilled that legal has approved my clause in all future employment contracts entitled “Death by Malinois” – the only sanction we feel strongly enough about to publish – the fate of anyone who participates in future Extinction Rebellion protests.