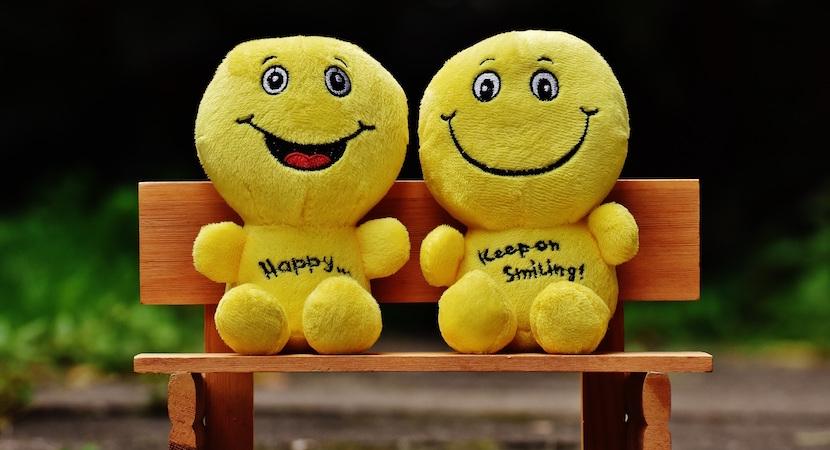 An attitude of gratitude might sound trite, but these common findings by research psychologists reveal it to be the wellspring of virtues like honesty, selflessness and loyalty. You don’t have to be an ascetic monk or philosopher practicing virtuous behaviour to become a more decent, upstanding person. Simply cultivating a sense of gratitude on a daily basis will render you a better person, the latest research reveals. Socrates himself coined the phrase, “The unexamined life is not worth living,” at his trial for impiety and corrupting youth – for which he was sentenced to death. Socrates chose death over living a shallow life of hubris, but today we can enjoy a richer, more fulfilling existence without paying the ultimate price. Neatly summed up, gratitude nudges people to repay debts and; “doesn’t let people forget that they must accept some future sacrifice to benefit a past benefactor”. In other words, exercise self-control to resist temptations of immediate gratification that came at the cost of larger benefits in the future. It seems gratitude is no longer a question of belief or religion, but empirically proven to work. Check out these findings by cutting edge psychologists. This story courtesy of Aeon. – Chris Bateman

The fast track to a life well lived is feeling grateful

For the Ancient Greeks, virtue wasn’t a goal in and of itself, but rather a route to a life well lived. By being honest and generous, embodying diligence and fortitude, showing restraint and kindness, a person would flourish – coming to live a life filled with meaning and finding an enduring, as opposed to ephemeral, happiness. Today, that view hasn’t much changed. While we hear plenty of stories of celebrities, politicians and even our neighbours finding fleeting pleasure through self-gratification, dishonesty or hubris, we can also see the ‘other shoe’ eventually drop, leading to despair, social rejection or worse.

If it’s true that virtue leads to a life well lived – a view that receives more empirical backing with each passing year – the question How do I become virtuous? takes on a bit of urgency. For the majority of ethicists, both ancient and modern, the answer is clear: virtue comes from living an examined life, one where deep deliberation leads to the embrace of noble qualities such as honesty and generosity, no matter how difficult it can be to enact them.

There’s a problem with this well-worn path, however. In a busy world where many feel inundated with the demands of daily life, devoting time to philosophical deliberation – worthy as it might be – can feel like an elusive luxury. So while the usual route for pursuing virtue can certainly work, after more than two decades studying how emotions shape the mind, I think there might be an easier way to achieve the same end.

In considering moral character, the Roman orator Cicero said: ‘Gratitude is not only the greatest of virtues, but the parent of all others.’ And while I think it’s an overstatement, Cicero’s view does offer up the tantalising prospect that, simply by cultivating gratitude, other virtues will grow. If correct, it suggests that there’s an entirely different way to improve moral character – one that is rapid, easy and efficient.

At base, emotions are about the future, not the past. From an evolutionary standpoint, feeling pain or pleasure that can’t change anything would be a useless waste of the brain’s efforts. The true benefit of emotions comes from their power to guide decisions about what comes next.

In the case of gratitude, it’s long been clear that it nudges people to repay debts. As the German sociologist Georg Simmel described it at the start of the 20th century: ‘Gratitude… is the moral memory of mankind.’ It doesn’t let people forget that they must accept some future sacrifice to benefit a past benefactor. And as research from many labs, including my own, has shown empirically, Simmel was right. The more gratitude people feel toward those who have helped them, the more diligently they will work to pay them back.

How does gratitude work its mental magic? By what mechanism does it make us willing to devote time, money or other resources to repay others rather than to enhance our own enjoyment? It appears to come down to self-control. Any time a person sacrifices for another, she’s choosing to forgo her own immediate needs in service of a larger future gain. For instance, if you value your friendship with someone, the gratitude you feel when he helps you move your sofa to a new apartment makes it more likely you’ll return the favour, even though at the time he asks for help you’d rather be doing almost anything else than hoisting furniture. Yet, agreeing to help is necessary for ensuring that the benefits of that friendship keep coming down the line – benefits that, when aggregated over time, will likely outweigh the pleasant feelings of going out to dinner if it means leaving a friend in the lurch.

To prove the point, we’ve repeatedly been able to show the close link between gratitude and self-control. In 2014, we demonstrated that people induced to feel grateful, compared with those induced to feel happiness or no emotion at all, became much more willing to wait for a larger financial reward (eg, $80 in three weeks) compared with a smaller, immediate one ($35 now). Like the successful children in Walter Mischel’s famed ‘marshmallow test’ at Stanford University in the 1970s, these grateful adults were better able to resist temptations for immediate gratification that came at the cost of larger benefits in the future.

Given that many moral dilemmas boil down to an issue of self-control – as the Stoics pointed out centuries ago – such findings suggest that gratitude might indeed be a parent virtue of sorts.

Consider honesty. Say I ask people to play a game of chance where they could flip a virtual coin to win one of two monetary prizes: a small one or a larger one. Let’s also say the flip occurs in private. All people need do to get their money is hit a computer key to indicate the result: ‘heads’ means the larger reward; ‘tails’ the smaller one. Now, let’s make one final tweak: the coin in question is rigged to come up tails.

If gratitude enhances honesty, the prediction is clear: those feeling grateful at the time of the flip should be more likely than their peers to report that they got tails, thus ensuring they’ll get the smaller reward. As it turns out, when we conducted this experiment, published in Psychological Science this May, that’s exactly what happened. The percentage of cheaters fell by half (from almost 49 per cent to 27 per cent) among those who had just recalled a time when they felt grateful, compared with those who described a time when they felt happy or no particular emotion at all.

Any single experiment, of course, can’t be taken as strong proof. So in the same article, we describe a second experiment in which we raised the stakes. This version had two key differences. First, the coin flip determined whether any given participant would have to complete an enjoyable 10-minute task or a difficult 45-minute one. Second, we led participants to believe that the next person to come would be assigned to complete whichever task remained.

Taken together, these changes meant that people’s decisions not only involved options that dramatically differed in the time and effort required, but also directly affected the outcomes for others. In deciding to cheat by reporting that the virtual coin flip came up heads, people were giving themselves a much shorter and more enjoyable task, but in so doing, were also unfairly dooming another person to a more onerous task.

The empirical literature shows a similar influence of gratitude on other virtues. People feeling grateful are more likely to help others who request assistance, to divide their profits in a more egalitarian way, to be loyal even at cost to themselves, to be less materialistic, and even to exercise as opposed to loafing.

It’s essential to recognise that the people who acted more virtuously in these studies didn’t do so because they were ‘good’ people from the start. They weren’t those who, as the virtue ethicists would prescribe, spent years focused on philosophical analysis. They were people from all walks of life who, when presented with temptation, had to make a quick decision about whether to behave nobly or not. And while many acted in a less than honourable way, all it took for some to behave fairly was a few moments spent stoking a feeling of gratitude.

None of this should be taken to mean that a rational consideration of why and how to behave ethically isn’t a worthwhile endeavour. It most certainly is. But it isn’t the only, or even perhaps the most efficient, way to help foster virtue and a life well lived. Boosting morality from the bottom up by cultivating a sense of gratitude a few moments each day might work just as well, with the bonus that you won’t have to wait years for results.