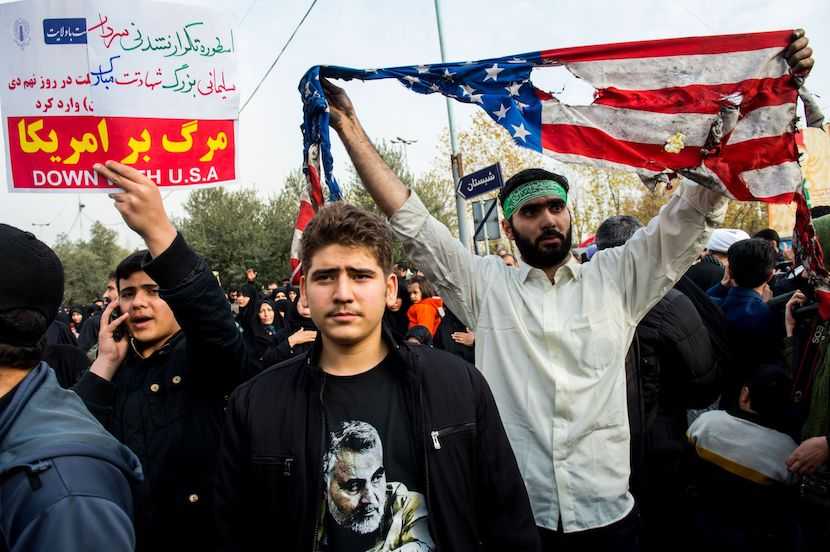 Woke is the word that must surely be eligible for Word of the Year. The antics of Meghan Markle and Prince Harry, described sarcastically as super-woke for their highly publicised concern about the downtrodden and the environment while literally enjoying a jet-set lifestyle, have elevated this term in the UK. Meanwhile the death of Qassem Soleimani has fanned the flames of hysteria among the wokerati, a sanctimonious collective who are making the rest of us experience twangs of guilt for not supporting politically correct causes. And then there is ‘woke culture’, which puts the spotlight on micro-aggressions, which are described as offensive phrases that make others feel excluded. Simon Lincoln Reader has put the spotlight on wokeness and wokers, in a very un-wokery way. When it comes to politics, satirical SLR is decidedly unwoke. Urban dictionary definition of woke, which has its roots in African-American slang: The act of being very pretentious about how much you care about a social issue. – Jackie Cameron

Here in the Islamic Republic of London, we’re all mourning the death of bloodthirsty psychopath murdering Islamist scumtard Most Glorious Holiest Iranian Military Commander and Carpet Poet, Qassem Soleimani. As Jeremy Corbyn will attest, there’s nothing like some conservative belligerence to help you shake off a crushing electoral defeat and remind you of the most important things in life (in his case, to side with Britain’s enemies, or rather, charging out of his north London residence in a dishevelled state, his delightful little white legs on display for the cameras, to side with Britain’s enemies).

At the 11th hour staff at Channel 4 News were discouraged from wearing black armbands for Friday’s 7pm show, an instruction that I’m assured was met with disgust from the hyper-woke among them. “They will not be wearing black armbands”, its squint editor announced cheerfully – cheerfully because although it was unfair that the broadcaster could not pay tribute to one of its fallen political icons, at least the editor got an opportunity to apply the correct pronouns to the lone female presenter – small consolation to Corbyn’s army of distressed, bug-eyed students across Britain’s university campuses.

A ceremony marking the dwarfish bastard’s death was held in Maida Vale-istan, where the Imam spoke movingly of: the $200m Soleimani contributed to Hezbollah in Lebanon; the $1,000 a month stipend Islamist fighters in Syria received – thanks to Soleimani’s bargaining; the $300m split amongst Shi’ite militia factions in Iran and Iraq (and Syria again) and; the $100m – plus weapons – Hamas terrorists based in Gaza graciously received. All happily approved at the desk of late leader of the Quds force. There was also the work he did in the Yemen with Houthi rebels, (funded roughly to the value of $60m), in Argentina, Turkey, Kenya and elsewhere.

The Imam pleaded with the assembled: “Be more like Soleimani”. As advise goes he meant a) instigate then finance proxy wars, b) kill with impunity (and the blessing of the tyrannical clerics who actually control Iran) and c) troll Donald Trump’s social media accounts by shitposting memes from Game of Thrones and other millennial trash. The part about sitting in a car only to be ended by a giant bladed missile, like a flying combine harvester, was omitted, betraying some form.

Hassan Rouhani, the Twitter-verified Prime Minister of Iran (even though he’s actually useless, a cuck, does nothing but watch soccer on TV and eat Cheetos all day) sends out a tweet from his sofa (maroon pleather, remote controlled recliner) in response to a claim made by Donald Trump that 52 Iranian sites were in the Americans crosshairs: “those who refer to the number 52 should also remember the number 290”.

What a mental time to fess up: it was the Iranians who downed the Pan Am Flight 103 over Lockerbie! For years we were taught to hate on that old mad dog in Libya – when it was the Ayatollahs all along. Only 4 days into 2020 and the most unsurprising revelation of the year emerges.

(I didn’t even see Rouhani in the Iranian Parliament on Saturday, when warlords MPs got together to bid Soleimani farewell by breaking out into a stirring rendition of one of Culture Club’s chart toppers, circa 1989).

It took 36 hours for the ANC to arrive at the pile on, in the form of Secretary General Ace Magashule, who we can only assume reluctantly excused himself from a nice rural lapa somewhere – the table strewn with Lemon Twist bottles and phones in leather covers – to bark out random passages from dog-eared ANC struggle documents. “We must resist this ring-wing populism”, he suggested in a statement, clearly announcing his preference for left-wing zealotry – the kind of thinking useful if you want, for example, to pilfer a local government’s billions, spend them on “diaries”, etc.

Donald Trump isn’t eager to start a war, so he cannot be accused of miscalculating the mood. But the confected fawning in the wake of Soleimani’s death reveals that here in the west, we’re already in something of a war.

In the last decade a force of intolerant indignation gathered then accelerated online, and began to wreck itself at the faintest (and most of the time imagined) symptom of injustice. This force, call it the Wankerati Wokerati, has intimidated corporations and institutions into its politically correct diktat by seeking to mainstream niche obsessions – most of which involve identity. It demands our adherence to science on the issue of the climate – but not when it comes to gender.

And here it has, once again, exposed the contradiction central to its existence: gushing over the death of a man almost certainly involved in state-sponsored, homophobic executions.