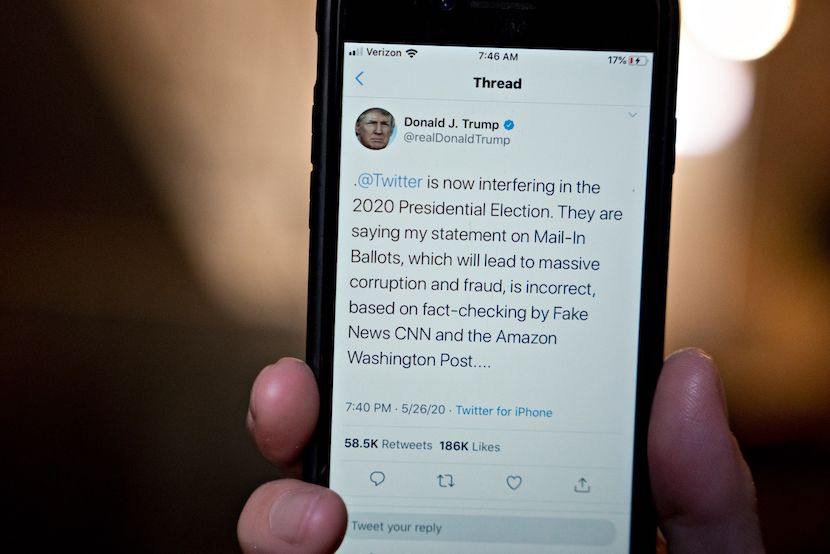 Social media network Twitter is routinely accused of left-wing bias, and the recent security breach suffered by the company may have provided confirmation of that, says Simon Lincoln Reader, who notes that  a story broken by American-Canadian broadcasting company VICE shows a screenshot of a blacklisting tool on the company’s admin panel. Reader – never afraid to put forward controversial ideas – reckons this goes some way to confirming a long-held suspicion that the company manipulates searches and is guilty of shadow-banning. – Renee Moodie

Last week Twitter suffered its most severe security breach to date when hackers sent out tweets on behalf of some of the social network’s most influential users. Accounts belonging to Tesla boss Elon Musk, former President Barack Obama and his deputy Joe Biden were all casualties in a bitcoin swindle – fast replacing the legendary 419 scam as the go-to of internet fraud – totalling roughly $120,000 through some 300 transactions.

Initially the response concerned the tech giant’s security and the fraud itself. But there is something else the hack revealed which Twitter would prefer not to have been exposed, and risks being diminished by the emphasis on the pursuit of the culprits.

It was VICE who initially broke the story. As if to brag, hackers sent the media firm a screenshot of Twitter’s highly confidential admin panel, which shows a clearly marked blacklisting tool. Whilst the function of the tool cannot be entirely determined by the image alone, it implies confirmation of a long-held suspicion: Twitter manipulates searches and practises shadow-banning (the act of censoring commentary in a such a way that the user does not know that they have been banned).

Twitter is routinely accused of left-wing bias. Its moderators play fast and loose with sweeping definitions of “hate speech” – these days, merely taking the position that a biological male cannot have periods is enough to warrant suspension or worse, be fed to the network’s den of self-righteous, bullying activists primed for offence like fighting dogs in cages being poked with sticks. Twitter’s documented inconsistencies have enraged conservatives; convinced the game is fixed, many Republican politicians have turned to other media companies.

In Nick Bilton’s 2013 “Hatching Twitter”, incumbent CEO Jack Dorsey is profiled as a weirdo, a cry-baby, vengeful, at times greedy and less than honest. But at no point does he emerge as a Jeff Bezos or a Reid Hoffman. Despite their indiscretions, Garrett Camp and Travis Kalanick are widely covered as tech mavericks, but Dorsey comes across as odd – not Mark Zuckerberg odd – but conniving, someone whose other interests, including knitting and massage, sometimes usurped his priorities during his first term as CEO in Twitter’s formative years.

But what is apparent today in Twitter’s cultural appearance are some of earliest thoughts Dorsey put to paper – namely, the destruction of capitalism and the world being administered by feminists. If it is true that modern tech firms are built in the image of the founder(s), then Twitter is certainly Dorsey’s.

Progressive media has suffered a shocking 2020. Few titles have escaped infection by woke extremism and bloodstained shards of glass are everywhere – from Buzzfeed, to Salon the aforementioned VICE and The Guardian (even the least reliable news source in SA, Beijing24, is about to ask its readers for cash). Respected writers Bari Weiss and Andrew Sullivan have recently rocked New York’s reporting foundations with humiliating accounts of young, Woko Haram journalists bullying their superiors (with tantrums on social media of course – these people are cowards) into submission.

But of all the damage to left-wing commentary, none is quite so painful as what’s happened to the BBC.

It’s not just the 450 jobs that have been crushed by an outdated and increasingly unpopular model of broadcasting. Last week, a report commissioned to investigate standards revealed that “some of the corporation’s highest paid journalists are addicted to Twitter”. The desire to go viral in matters inevitably related to an interpretation of “social justice,” is forcing reporters to break the most basic clauses of employment and journalistic code. Essentially, a left-wing corporation (to its endless credit) has just admitted that Twitter is ruining journalism.

Jack Dorsey swore an oath to congress in 2018 that Twitter does not shadow ban, and that Twitter is merely a platform sustained by advertising, not a publisher. Such a contention can no longer be held; all parties must accept that the demon has been unleashed and Jack Dorsey is nothing more than the keeper of the disenchanted, the marshal of pronouns and a billion virtue signals in the largest echo chamber the world has ever known. But what kind of man is he really?

According to Silicon Valley insiders, the other company Dorsey spends his time at, Square, a payments technology unicorn, owes its success to an astonishingly bright but level-headed South African, Roelof Botha, partner at Sequoia Capital and whisperer to the valley’s founders. Bilton also suggests there’s a whole lot of stage management in the CEO’s life, from coaches who assist him with his own tweets to his clothes. Dorsey sought to emulate Steve Jobs (in the limited ways he could) – by listening to the Beatles and dressing the same way.

At some point in the last few months Dorsey decided to give away 28% of his wealth. And here he has an opportunity to come good on his vision to demolish capitalism: one of the most prominent beneficiaries of his largesse is a group who wants to defund the police, destroy the nuclear family and dismantle capitalism. Having amassed a fortune of $7.3 billion he now intends to burn down the apparatus that enabled him to do so, poison the wells and salt the earth.