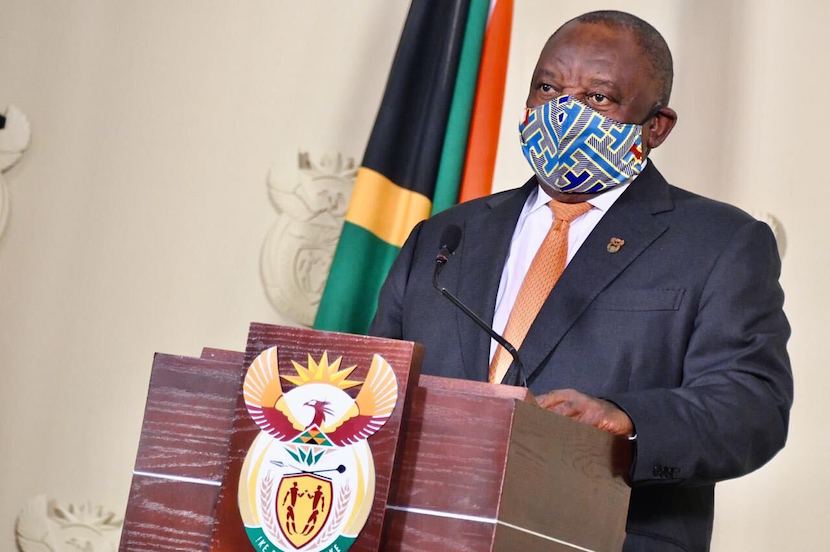 In an impassioned opinion piece published earlier this month, keynote speaker and author Douglas Gibson described President Cyril Ramaphosa as a weak horse. This was because of Ramaphosa’s inability to ‘govern effectively’, as Gibson put it, for fear of splitting the ANC. Gibson states that while he believes Ramaphosa is a ‘decent man’, his own ambitions may be more important to him than the interests of his country. “South Africa is not an easy country to govern,” he writes, “and it has a myriad of problems but our people of all colours and cultures and languages and religions need not weakness but courageous and principled leadership. Surely that is not too much to ask?” It wouldn’t be the first time that Ramaphosa (and his strict lockdown) has been criticised. However, a Covid-19 Democracy Survey conducted by the University of Johannesburg and the Human Sciences Research Council shows that many South Africans disagree with Gibson’s sentiment. – Claire Badenhorst

The University of Johannesburg’s (UJ) Centre for Social Change (CSC), in partnership with the Human Sciences Research Council (HSRC) have released summary findings from Round Two of the ongoing Covid-19 Democracy Survey to determine the social and economic impacts of the Coronavirus pandemic, with a particular emphasis on lockdown experiences and attitudes.

The survey went live on a webinar on Wednesday, 19 August 2020 under the theme ‘Covid-19 Democracy Survey: What’s Trust Got To Do With It?‘

The study considered responses from South African adults about levels of awareness and information sources that are being used. The communities were asked if they think the pandemic is being exaggerated, and whether people are prepared to sacrifice some of their human rights in the national fight against the spread of the virus. Amongst the other questions, was the extent to which the public trust the leadership of the president, the police and the army, in managing the situation; the emotions that people are feeling as a result of the lockdown; as well as compliance with lockdown safety regulations, such as wearing a face mask in public.

A first round of data collection was conducted between 13 April and 11 May, mainly during the initial Level 5 period of the national lockdown. A second round of interviewing was initiated on the 8 July, and the first phase of data that we report on below covers 8 to 17 July. The data comprise 12,312 respondents for the first round of surveying, and 2,569 respondents for the first phase of our second round. Results are broadly nationally representative, based on an opt-in sample using cellphones or computers, and weighted by race, education and gender to match Stats SA’s demographic data.

Some key findings include:

The survey was conducted using the Moya Messenger App, a platform which is similar to WhatsApp and currently used by four million people across the country. Approximately 1.6 million people make use of the platform at least every month, and 800,000 of these use it every day. The platform is operated by biNu, which has collaborated with the HSRC on several surveys to date. Anyone with a mobile phone is able to receive and respond to the survey, whether or not they have airtime or data available. For those interested, the survey can be accessed through the Moya Messenger App, directly through this link.