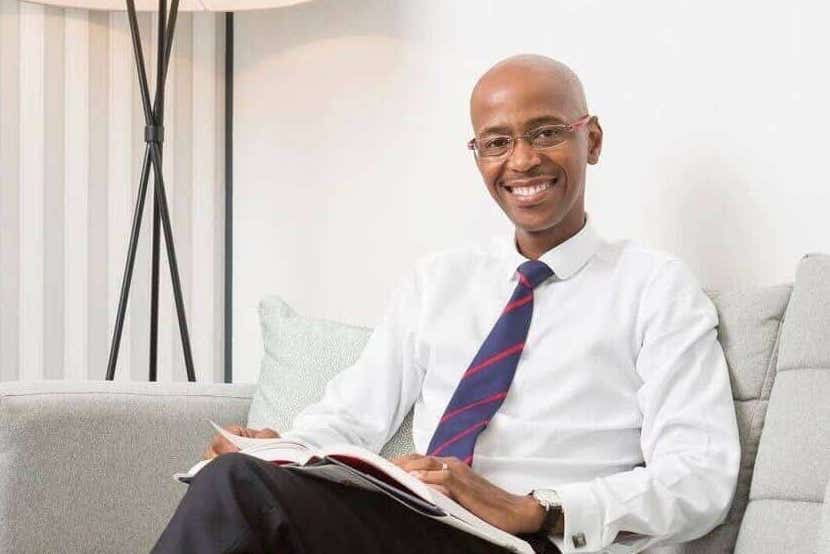 Adapt IT CEO Sbu Shabalala has been accused of allegedly sending a group of heavily armed men to the home of his estranged wife, Neo. Her partner, an eThekwini city manager, is currently in hospital in critical condition following an attack in which Neo claims “five men armed with automatic rifles, handguns, and batons entered her home”. Sipho Nzuza, Neo’s partner, has suffered serious injury to his spleen and has had to have part of his kidney removed. According to MyBroadband, Shabalala’s estranged wife was allegedly told that she had been “granted a reprieve” from physical assault, on the basis she sign an agreement in their ongoing legal dispute. The former couple are currently embroiled in a legal altercation over money. MyBroadband reports that “Neo is claiming part of Sbu’s assets which she says is over R133m.” BizNews approached Adapt IT and Sbu Shabalala’s representatives to obtain their side of the story. Shabalala was not available for comment. This article was first published on MyBroadband. – Jarryd Neves

Adapt IT CEO Sbu Shabalala is accused of ordering heavily armed men to beat up his estranged wife, Neo Shabalala’s partner who is now in critical condition in hospital.

The Sunday Times reported that Neo was granted an urgent restraining order against Sbu from entering the Zimbali property where she lives.

In her affidavit, Neo claims Sbu and five men armed with automatic rifles, handguns, and batons entered her home on Saturday 1 May.

She was allegedly shoved into an adjoining bedroom with a gun to her head, after which Sbu instructed the gunmen to go into the master bedroom.

Following the assault, Neo said Sbu told her “I have given you seven months to sign [an agreement in their legal dispute] and you haven’t. You have 30 days to sign.”

Neo and Sbu Shabalala are currently engaged in a legal battle over money where Neo is claiming part of Sbu’s assets which she says is over R133 million.

One of the gunmen allegedly told Neo she was “granted a reprieve” from being assaulted on the basis she would sign the agreement.

Three of Neo’s friends, who were at her home at the time of the incident, submitted affidavits which support Neo’s version of events.

Neo further said Sbu and the gunmen posted photographs of the assault on social media and WhatsApp groups.

As a result of the attack, Nzuza had his spleen and part of a kidney removed and remained in critical condition in a Durban hospital.

Sbu Shabalala’s spokesperson told MyBroadband given the divorce court proceedings and the inherently private nature of the matter, he has been advised by his legal representatives to decline to make any statements at this stage.

He will, however, be available to “make a statement at some future time or on some future occasion when it is deemed fit”.

Instead, a company representative only said, “I’ll get back to you with a statement”.

These allegations come at a sensitive time for Adapt IT. The company has received acquisition offers from Huge Group and Canadian-based Volaris.

Adapt IT and Volaris recently said shareholders holding 44.4% of Adapt IT shares support the offer from Volaris to acquire control of Adapt IT.

Huge Group is, however, sticking to its guns and believe their offer is better for Adapt IT shareholders in the long run.

Huge Group CEO James Herbst told MyBroadband Huge Group and Adapt IT were “better off together” and remaining listed.

Herbst said Adapt IT executives appeared to have signed irrevocable undertakings to support the Volaris offer, which he described as questionable behaviour.

He also raised questions about Shabalala owning the building his company uses for its head office as the tenant’s interests are secondary to the landlord’s interests.

Having a CEO of a company which owns, or partly owns, the property which the company uses as its campus raises questions about a potential conflict of interest.

Adapt IT dismissed these concerns, saying there is nothing untoward regarding the deal.

“Shabalala fully disclosed and completed the notice of directors’ personal financial interest along with recusing himself from all of the company’s decisions pertaining to the lease,” Adapt IT said.

“At the time of entering into the lease agreement, the board of the company was comfortable with the term of the lease which is in line with the company’s facilities strategy.”

The Board of JSE-listed technology company, Adapt IT Holdings Limited (“Adapt IT”) has granted it’s Chief Executive Officer, Sbu Shabalala leave of absence, at his request, for three months with effect from 10 May 2021 to attend to personal matters.

Tiffany Dunsdon now assumes the role of interim Chief Executive Officer for the next three months. Tiffany has served as Executive Director and Chief Commercial Officer of Adapt IT.

In addition, Tony Vicente has been appointed as an Executive Director of Adapt IT. Tony was appointed as Chief Strategy Officer of Adapt IT in September 2018 and will continue in this role with strong operational oversight.